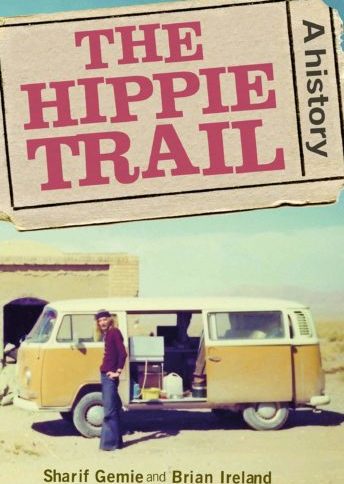 SHARIF GEMIE:Two things inspired me. One was a conversation with an Afghan friend; probably back in the early 1990s. He’s almost the same age as me, and he just threw in the comment: “And then there were the hippies—they were wild men.” It hit me: it really happened; hippies had travelled all the way to the Kabul. Somehow this idea stuck in my mind.

Secondly, my academic research usually concerned minority and marginalised people: female teachers, refugees, Muslims in Europe, Bretons, and Galicians in Spain. Most of these groups were caught between two or more cultures. The hippy trail-ers were similar, except that they voluntarily chose this situation.

2. Any interesting anecdotes from the people you interviewed that stick in the memory?

Lots and lots of stories, too many to put into the book. One of the best was from the hippy trail-er who ended up in a dingy hotel room in Mashad (Afghanistan) with half-a-dozen armed tribesmen. I liked his comment: “These guys are just people, they’re interested in you and you’re interested in them.”

I was also touched by the story of a very sincere, spiritual hippy who went to Rishikesh (the place the Beatles visited in 1968), where he learnt to meditate in an ashram. They played ‘Silent Night’ over the ashram’s loudspeakers on Christmas Day, and my interviewee heard the sound echoing down the Ganges.

Finally, I was disturbed by the stories by female travellers of the harassment they faced in some countries. One counter to these was an interviewee who explained that if you just looked cool and collected, it was possible to sail through these difficulties.

3. What was your impression of what was learnt by those that travelled the routes?

They came back with many varied lessons. One thing they seem to have all shared was that everyone was convinced that the trip had been worth doing, and usually that it had changed their life. For many, this meant some form of spiritual commitment, usually to a variant of Buddhism. Others were more hedonistic, and had stories about easily available cannabis and other drugs. Contact with local people on approximately equal terms was another common experience, which left most hippy trail-ers with a sense of internationalism.

4. Is it still possible to do a Hippy Trail in the 21st century?

Not really. For people leaving in – say – 1970, crossing the English Channel was the equivalent to falling off a cliff. Most had never been abroad before, and didn’t speak any foreign languages. There was no Facebook, no mobile phones, and the post was slow and unreliable. You really were on your own. You can’t reproduce that sense of venturing into the unknown today. The trail might have been terrifying, but it was also very exciting, and hippy trail-ers either went with friends or made friends along the way, so they weren’t alone.

5. Is the world a more dangerous place for travellers now?

It’s very hard to say. We’re probably more aware of the risks. But it’s worth remembering that the world was dangerous between the 1950s and 1970s: there was the Vietnam war, the Suez Crisis of 1956, the Arab-Israeli conflicts of 1967 and 1973, and the Indian-Pakistani conflicts of 1965 and 1971. It wasn’t all peace and love!

6. Do you see the book being made into a documentary or film in the future?

A number of agencies have contacted my co-author (Brian Ireland) and myself about this. Nearly all the projects flounder on the question of how to represent the experiences of the hippy trail-ers. I suspect this is because they begin at the wrong point: they think of the hippy trail as a physical route etched into global geography. The argument we put forward in the book is that the most important journey was an inner one, often a spiritual one. We see our research more as exploring the hippy trail-ers’ biographies, rather as following lines on maps.

7. Could you tell us something about your academic background and interests?

I was a full-time academic for 32 years. These days I usually comment that the first twenty-seven years were pretty good: I worked extremely hard, but I enjoyed the teaching, research and writing. I got very positive reactions from some students, which made the work worthwhile. I like to think that I helped change some students’ lives for the better. The last five years were less happy: British universities are becoming extremely unpleasant places to work in.

I started as a specialist in French history, rapidly became capable of teaching practically any topic in European history, and finally developed some more specialist themes: refugees, Israel/Palestine, and migrants.

Brian was a specialist in American history, and had an interest in road movies and Jack Kerouac, and so was the ideal co-author. 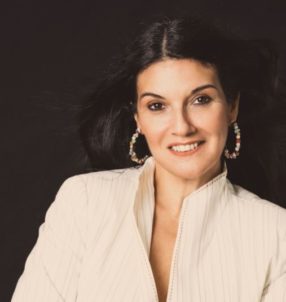