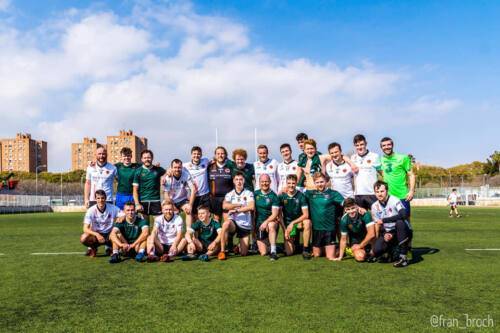 ##With Valencia CF and Levante UD taking a well-earned summer break one can be forgiven for thinking that sport in the city is also in a little recess. In reality, nothing could be further from the truth. The World Padel tour makes its next stop in the city from the 7th until the 14th of July when the top male and female competitors in the world will converge on the Pavelló Font de Sant Lluís for their next event.

One of the fastest growing sports throughout the world; it is almost predominantly played in a doubles format on a closed court. Somewhat similar but smaller than tennis, the court is surrounded by walls, usually glass, allowing the ball to be kept in play, making it also somewhat compatible with the game of squash.  Many of the top men playing in Valencia have changed doubles partners recently.  So, it will be fascinating to see which pairings gel the best in these early stages of the new partnerships.

In the Women’s tournament,  many fans will be hoping for a repeat final of the recent Valladolid event when the two Martas (Ortega and Marrero) narrowly lost out narrowly in three sets to Alejandra Salazar and Ariana Sánchez.

The venue at San Lluis is the usual home of Valencia Basket Club, a successful Spanish league and European basketball team, payrolled by the billionaire and major shareholder Juan Roig (owner of the Mercadona shopping chain). This year they won the 7 DAYS Euro Cup, beating Alba Berlin in a two-legged final in April. The success of the team did not go unnoticed and recently the club’s top shooting guard Matt Thomas left Valencia Basket for the NBA and current World Champions Toronto Raptors on a three year deal. See https://www.valenciabasket.com

The Fifth International Paella Hockey championships finished at the end of June. In mid-July, the wonderful Poliesportiu Verge del Carme Beteró will play host to the Men and Women Euro Hockey Junior Championships. Teams from Ireland, Russia, Spain, France, Holland, Germany, Belarus and England will play in the female competition, whilst Germany, France, England, Holland, Austria, Belgium, Spain and Poland will compete in the male category.

Gaelic Football also has prominent teams of both genders and all ages playing in the city and participating in the Iberian Championship. The local team is called Valencia Sant Vincent and they were formed in 2007. The club will also be running an Autumn 7-a-side League this year to help spread the word on this Irish sport and further highlight their activities to the Valencia community. More information at https://valenciagaa.com

Rugby League is also building a following in and around the city. Torrent Tigres, Xativa Roosters and Valencia Warriors are just a few of the local clubs that can be found playing the game in the region. The Spanish National Rugby League side played a friendly against Serbia in 2016 at the Campo Rugby Quatre Carreras in preparations for their World Cup qualifications, a reward for the recognition of the cities increase in participation levels.

Another quintessential English sport, cricket, is very much alive and kicking in Valencia. Levante Cricket Club have first and second teams in both the first and second divisions of the ECCL (East Coast and Central League) of Cricket España. Initially started by a few players having a training session under the  Puente de la Exposición, the club can now claim to be one of the most successful in Spain. They train and play at the facilities of another thriving sport, baseball, in the dry river bed. It is known in Spanish as Jardín del Turia, right in the heart of the city and they have players from numerous nations. Go to https://www.pitchero.com/clubs/levantecricketclub for updates.

Finally, Valencia has developed a fantastic reputation amongst runners. Throughout the year, running competitions of various distances take place on the Valencia streets culminating with the actual Marathon itself. The 39th Valencia-Trinidad Alfonso EDP Marathon takes place on the 1st of December and attracts some of the best marathon distance runners in the world.

Valencia is synonymous with sport 365 days a year. Look around and every weekend there will be some kind of sport for everyone to enjoy, watch or take part in.