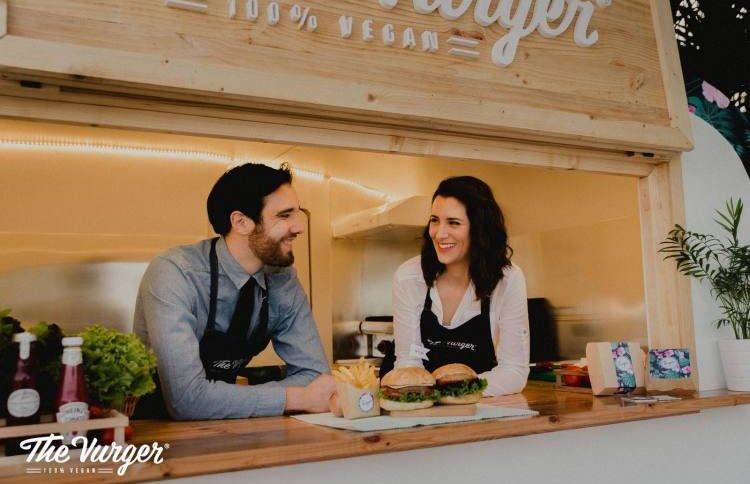 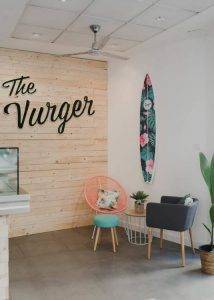 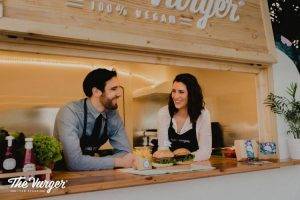 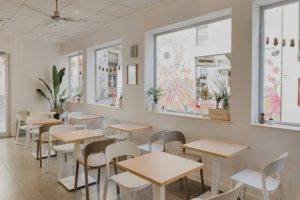 Linda McCartney would be proud!

It’s not often we review a fast food restaurant, but we have good reason to this month. Not a very long time ago when it was almost impossible to find a vegetarian restaurant in Valencia…finding a vegan restaurant really was impossible!!!

I remember the first time we took a vegetarian friend to a pretty good quality restaurant and asked for the vegetarian option. The waiter looked at us blankly and shrugged “A salad, for example?” Nothing else? we asked. Verduras a la plancha (Grilled vegetables)? – “Oh, Si!” Our friend settled for these two options – when the salad arrived, it was topped with Serrano ham and Tuna. Neither was considered actual meat! This was par for the course only ten years ago. Now, there are certainly more vegetarian restaurants in the city these days. Indeed, many non-vegetarian restaurants now offer worthy vegetarian options.

And, now, there’s a fast food vegan in town – on C/Quart in the historic centre. It works just like a McDonalds or Burger King but serves healthy vegan burgers. It is the brainchild of a lovely smiley couple, Marian and Luis, who are committed vegans. They started out about a year and a half ago with a food truck down at the drive-in cinema in Pinedo on the Valencian coast.

They took over a late 1950s English caravan that was selling Mexican food in the drive-in, they completely refurbished it and began selling and perfecting their vegan wares. If you’ve never been to Pinedo’s Drive-in cinema, you should, it’s great! But get there early as they start queuing early for the best spots. Back to ‘The Vurger’, we arrived at around 9:00pm on a Friday night to find there was already quite a queue forming to the counter where you order your food – this is fast food – and took our place at the back.

The diners didn’t fit any pre-conceived ideas you might have of vegans, there were young and old and families with kids waiting to order or sitting in the bright and attractive hip interior. There are attractive graphics on the walls, featuring surf boards and palms, exotic plants and pelican and pineapple ornaments. The graphics have quotes on them – one that caught my eye was “The only way to predict the future is to create it.”

One of the things you notice at The Vurger is that the staff are all smiling and seem genuinely happy. Co-owner Marian was manning the till taking orders – smiling, of course! I ordered an “Original” Burger with Vegan cheese and bacon (also vegan) and D, an “Aloha” chicken Burger – both, it goes without saying are made from soya protein, the Aloha with a crunchy coating, served with salad in a locally baked bun.(5.90€ each). Other burger options available were mushroom, vegan fish or a double burger.

We also ordered a “star” salad and two types of chips, traditional, and sweet potato. To drink, we both chose a ‘Turia’ beer. Children at the next table were really enjoying their hotdogs which looked indistinguishable from the real thing and their parents were eating a selection of things including the “Combo Brochetas”, soya chicken served with chips and two salsas. The burger was meaty and tasty, the chicken burger was close in taste and texture to the real thing, both the fries were great and the sweet and sour dressing on the salad was delicious.

By the time we’d eaten our “vurgers” they were queuing around the block, so we asked for a brownie and a great looking chocolate Sacher cake with a thick shiny icing, to go. Marian told me to put the brownie into the microwave for thirty seconds. These homemade cakes are also vegan – so, made without eggs. You would never know, both were rich and delicious. I really wish Marian and Luis all the best, The Vurger is well designed and thought out. It’s great fun and the food is very inexpensive and surprisingly good.