You are here: Home  /  Sports  /  MARCELINO TO LEAD VALENCIA NEXT SEASON
Sports 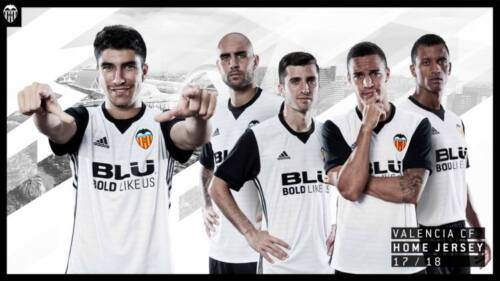 MARCELINO TO LEAD VALENCIA NEXT SEASON 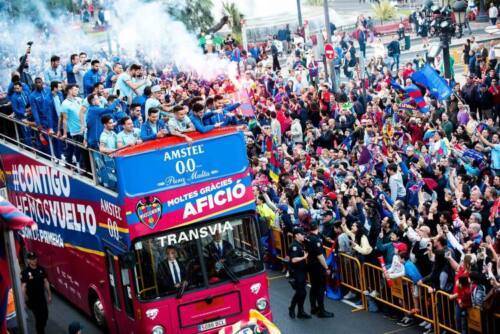 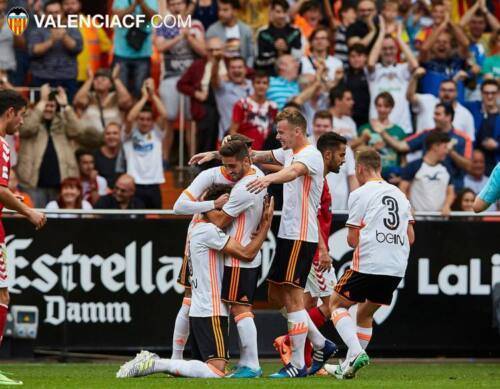 On May 11th it was officially announced that Marcelino Garcia Toral would become the new manager of Valencia CF. He now becomes the 19th different name to head the club since the turn of the century.

During this time household names like Rafa Benitez, Claudio Ranieri, Gary Neville and Cesare Prandelli have come and gone with varying degrees of success. The last manager to win any piece of major silverware was Ronald Koeman, when his side beat Getafe 3-1 in the 2008 Copa Del Rey at the wonderful Vicente Calderon Stadium. Unfortunately the stadium, like Valencia’s victory, is now just a distant memory, as it is currently in the process of being demolished to make way for a park that will be aptly named “Park Atlético Madrid.” That year Valencia had the quality of players like David Silva, Juan Mata and David Villa playing in that final whilst Marcelino was still honing his managerial craft with Racing Santander. Spells at Real Zaragoza and Sevilla followed, but he really made his name with Valencia’s neighbours Villarreal by taking them to three top six places and a Europa League run in 2016 that ended in the semi-final at the hands of Liverpool.

At the beginning of last season he was sacked for vociferously clashing with the Villarreal board of directors. Since then, media punditry on Sky has followed and frequent name links with vacant positions of La Liga and English clubs. It was no secret that Marcelino was on Peter Lim’s wants list and no surprise when he agreed to takeover after a visit to Asia to see the Valencia owner.

The general feeling is there will be a radical change of faces in personell by the time the new season kicks off. One of the first things Marcelino will need to do is make a decision on the goalkeeper. Yoel Rodriguez has joined Eibar after a successful loan period but Mat Ryan is returning from Genk to give Valencia three top goalkeepers to choose from. Diego Alves has quashed leaving rumours by stating he wants to stay at the Mestalla. Local favourite Jaume Domenech ended the season in prime position to keep the role after a string of excellent performances with the first team.

The defence was fragile for the most of last season but looked at its best when Garay and Mangala joined forces, to marshal the central defence. The latter is now back at Manchester City after his loan period finished. However, many Valencia fans are hopeful that he will return to the Mestalla next season on a permanent deal.

Other loanees look less likely to return. With Atlético Madrid under a transfer embargo until 2018, Guilherme Siquera may be wanted back by his parent club. Coupled with this is the fact that Toni Lato made an impact in the handful of games he played at left back and is ready-made competition for Gaya.

Mario Suarez fell out of favour and Munir has got a lukewarm reception from fans after an uninspiring loan move from Barcelona failed to live up to expectations. Piatti is also confirmed as an Espanyol player for next season after a convincing spell in the Catalan capital. So, he is another to leave the Mestalla.

Negredo, Tropi, Nando, Ruben Vezo, Robert Ibanez and Vinicius Araujo have all returned after spells with other clubs, and at least half of them are likely to find opportunities limited under the new regime and could be farmed out once again or sold to raise funds for purchases.

The good news for Los Che fans is that Simone Zaza has completed a permanent move from West Ham and so has the Chilean international Fabian Orellana from Celta Vigo. With solid competition waiting in the Valencia Mestalla team for opportunities, the chances are there will be more people leaving than staying put during the summer months.

Marcelino will start work with Valencia CF at the beginning of July in the French base of Evians – Les – Bains. His first game in charge will be a friendly against Lausanne in Switzerland on July 12th and then three days later they play Sporting Lisbon at a venue to be determined.

After returning from France, the squad have a few days break before flying to Canada for a friendly contest against New York Cosmos in Regina. Another friendly is scheduled for the North America tour, this time in the States on either 24th or 25th of July against a side as yet to be determined.

The final confirmed friendly is on the June of 30th when Valencia go to England to take on Eddie Howe’s side Bournemouth. This is almost a year to the day to last season’s pre-season encounter at the Vitality Stadium that ended in a 1-1 draw, with Enzo Perez being on target for the Spaniards.

The only home game scheduled at present before the League starts on the 19th August is the annual Trofeo Naranja that will be the week before on the 12th – the visitors again are yet to be confirmed. It is likely other fixtures will be added in due course but at the moment many of the Valencia fans are still concentrating on the ‘B’ teams push for promotion and the exciting Cup run of the ‘Valencia Femininos’.

The ladies won their recent quarter final of the Copa de S.M. la Reina by beating Athletic Club in San Sebastian 3-1 to reach the semi finals for the third consecutive year. They now have the daunting task of facing the ladies of FC Barcelona for a place in the final at the Ciudad del Fútbol de Las Rozas, in Madrid in the middle of June.

The Valencia Mestalla ‘B’ team are also looking to end the season on a high, after beating Celta Vigo “B” in the first phase of the promotion play offs. Next up is Real Murcia and 17,000 fans cheered Los Che to victory in the first leg of the two leg contest played at the Mestalla. The return leg is at the Neuva Condomina on either the 10th or 11th of June.

Finally, Levante UD have their ultimate game of the season against Huesca at the Cuidad de Valencia on Saturday 10th June. Huesca are in seventh position and need a result in order to reach the play offs, whilst the home side will be hoping to end the successful season on a winning note and celebrate in true champions style.