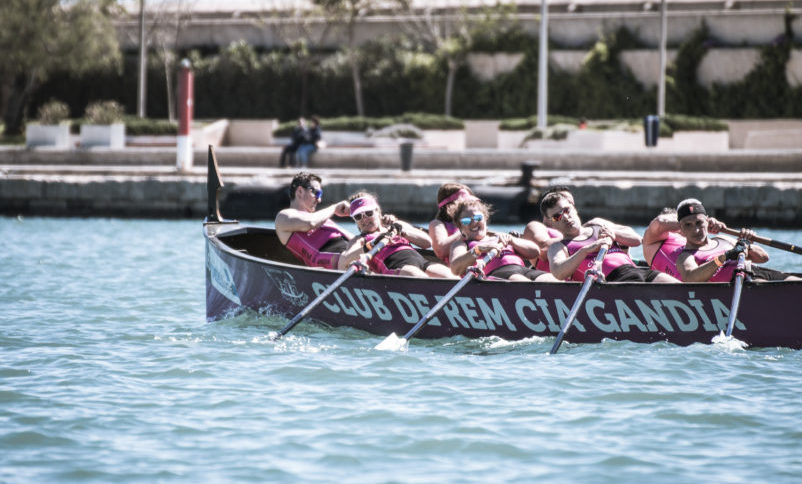 On Sunday 24th April, the sun beamed down on Valencia and anticipation mounted when 600 athletes from seventeen clubs along the Levantine coast gathered to participate in the penultimate regatta of the Mediterranean Fixed Bench SUMA League. As the horn sounded and the audience roared in excitement, the event began with the departure of 23 boats from the veterans groups, opening what was to be a great competition.

Did someone mention Victory?

The regatta closed with the start of the absolute category, in which the Club Deportivo de Mar Clot de L’illot El Campello won the women’s event, crossing the finish line in 7 minutes and 9 seconds, ahead of the representatives of Real Club Regatas Alicante and Real Club Náutico Calp. The victory in the men’s heat went to the Secció Esportiva Universitat d’Alacant, completing the route in 6 minutes 27 seconds, only two ahead of Real Club Náutico Valencia; leaving a suspenseful ending for all. Real Club Náutico Dénia completed the podium.

The mounting anticipation and eagerness for the winners to be revealed amongst participants and viewers of the event are high, many look forward to the next and final event in the SUMA Mediterranean League, next Sunday May 1st, which will be held at the Real Club Náutico Denia.