You are here: Home  /  Sports  /  SUMA League… decisive regatta in Denia on May 1st
Sports 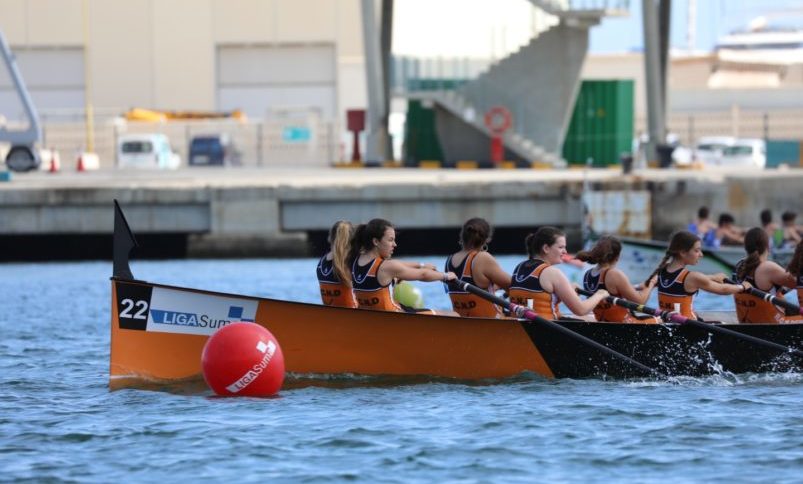 SUMA League… decisive regatta in Denia on May 1st

The facilities of the Real Club Náutico Denia will host, next Sunday 1st May, the XI and last regatta of the Mediterranean SUMA Fixed Bank League!

The best regional rowing competition closes the season with a decisive event for the final classification in all categories.

Nearly 600 sportsmen and women will take part in the rowing spectacle and the public will have the opportunity to watch it from various points in the port.

The regatta starts at 9 o’clock in the morning with the start of 27 boats of the veterans category, which is once again the most crowded of the event. The overall is very close in both genders.

Club Rem Denia and Club Náutico Benidorm are competing for the two titles and Real Club Regatas Alicante is in the fight in the men’s battle.

The Alicante club will also compete in the championship with its neighbours Club Náutico Costa Blanca, in the cadet category.

In the women’s group in this age group, there are two teams with a chance of becoming champions: Club Náutico Santa Pola and Club Náutico
Calpe.

The veteran and cadet participants will complete a course of 700 metres and will have to overcome a tack. The race, in each category, is divided into heats, and the final classification is established according to the finishing times, once the corresponding compensation, if any, has been applied.

There will also be two teams rowing Promotion Category and SCM Promotion (made up of people who have overcome Breast Cancer).

The course will be tougher for the youth, absolute and mixed gender groups.

Promotion, with a distance of 1,400 metres and three tacks. Club Náutico Gandía is already the the junior women’s champion and the men’s race still has a lot to say. Real Club Náutico Denia and Club Náutico Altea will fight for the first position in the final classification.

The absolute category will close the regatta with the start of 19 boats. Real Club Náutico Valencia and Secció Esportiva Universitat d’Alacant arrive at this last regatta as first and second, respectively, in both genders.