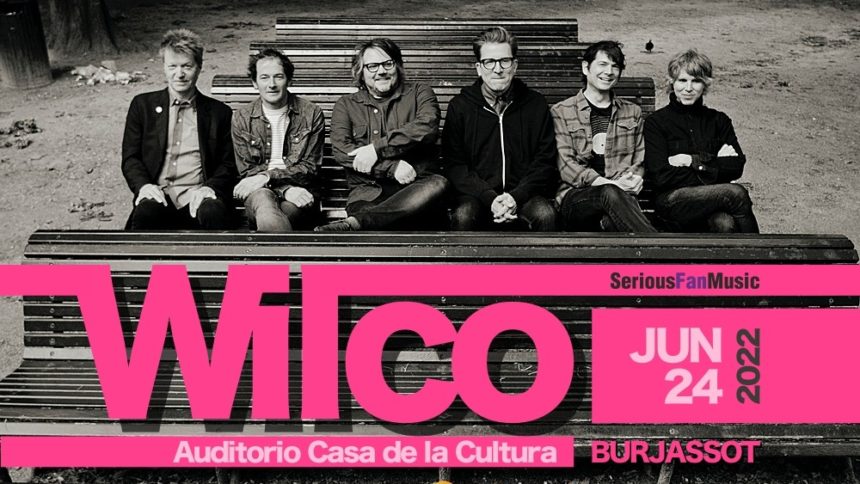 Wilco return to Valencia 14 years on from their last visit. In just two days, the American alternative rock band Wilco are set to hit the Valencian stage, performing at Burjassot Auditorium. Formed in 1994 from the ashes of alternative country group Uncle Tupelo, the band continues to combine tradition with avant-garde.

Based in Chicago, the band has been led firmly by singer Jeff Tweedy, with bassist John Stirratt also remaining from their original incarnation. Since 2004, guitarist Nels Cline, multi-instrumentalist Pat Sansone, keyboard player Mikael Jorgensen and drummer Glenn Kotche have remained key members of the band, releasing a grand total of eight albums together. Their recent release, ‘Cruel Country’, came out just under a month ago, featuring twenty-one songs written by Tweedy.

This album perhaps swerves a little more towards the band’s original country leanings (as implied through its title). Tweedy himself acknowledged the album’s significance in allowing the band to embrace this side of their music, stating “we’ve never been particularly comfortable with accepting that definition of the music we make. With this album though, I’ll tell you what, Wilco is digging in and calling it country”.

Clearly, this tactic worked wonders for Wilco, with ‘Cruel Country’ achieving critical acclaim. The genre acts not solely as a musical style for Tweedy, but a way in which to explore the United States’ history. Country music mirrors the United States as he has affection for both, although they could be described as having problematic natures. It could be this greater level of perception from Tweedy that has led to an overall successful album.

To witness this for yourself, grab your ticket now for thirty euros, and get to Burjassot Auditorium for 7:30pm this Friday.