You are here: Home  /  Sports  /  WORLD CUP FOOTBALL 2018…THE WORLD IS ON THE OUTSIDE LOOKING IN
Sports 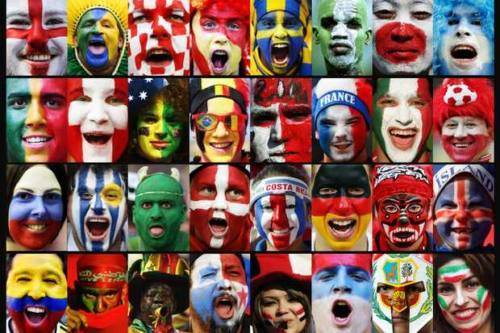 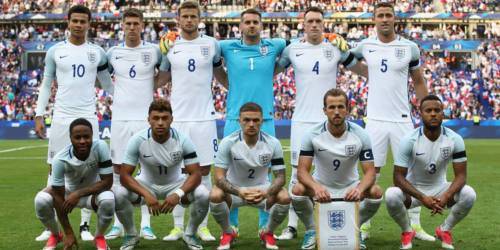 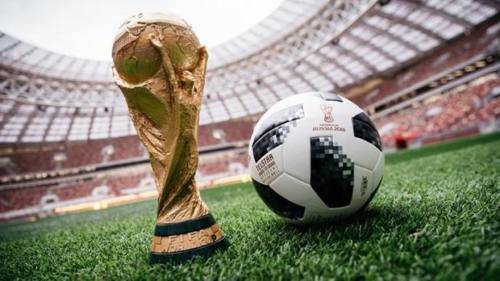 When Russia’s bid to host the 2018 World Cup was pronounced successful in Zurich in 2010, the then Russian Sports Minister Vitaly Mutko stated: “We can promise you a World Cup you will never forget. Let us make history together.”

With Sepp Blatter’s backing, Russia easily shrugged off challenges from combined bids from Spain/Portugal and Belgium/Netherlands. England’s 15 million application only got two of the 22 votes and was eliminated in the first round… leaving ambassadors David Cameron, David Beckham and Prince William looking red-faced and perplexed.

Almost immediately rumblings of fixing surfaced. Since then, Mutko has been at the centre of a wide-ranging doping allegation against Russian athletics and Blatter has been banned from football for years by the Fifa Ethics Committee. In April of this year, David Cameron was still unflinching in his assertion that corruption had played a major part in Russia being awarded the quadrennial event.

Football fans are now poised to see if Mutko’s words will ring true and the world is on the outside looking in, hoping that Russia can emulate the excellent World Cups that took place in South Africa and Brazil in recent years.

Their trial run with the Sochi Winter Olympics was touted as a great success by the Russian media. However, the Western press has been much more pessimistic, suggesting that the city is now a ghost town with lots of unfinished “white elephant” buildings. Like the Summer Olympics in Athens, their vibrant stadiums are now virtually abandoned or used sparingly to half full audiences. The fear is that several of the 12 venues being used in Russia will suffer a similar fate.

The Ekaterinburg Arena is a case in point. Fifa requires venues to hold at least 35,000 spectators. With a natural capacity of 23,000 spectators, temporary stands will be erected outside the perimeter of the stadium to reach the required threshold. 12,000 fans will literally be on the outside looking in. Afterwards, will its newly built hotel and its fitness centre and Valeological Centre still get used on a regular basis? Perhaps, but it is doubtful.

Another small concern prior to the Finals is the muted response to the official World Cup Song. Shakira’s ‘Waka Waka’ did much to define the event in South Africa with its catchy chorus and goofy dance. Even Pitbull’s ‘We Are One (Ole Ola)’ encompassed the carnival spirit that the Brazil World Cup embraced. Russia’s offering comes from Will Smith and is entitled ‘Live it Up’ and it has divided fans. In collaboration with Puerto Rican reggae artist Nicky Jam and Albanian Era Istrefi, it gravitates more towards the streets of Latin America than the suburbs of Moscow or St Petersburg.

On the other hand, the World Cup Mascot for 2018 has certainly captured the imagination. Zabivaka the Wolf, with his trendy sunglasses and wool T-shirt, was a clear winner in an internet poll. Student designer Ekaterina Bocharova’s creation received 53% of the vote from the one million plus voters, almost twice as many as its nearest rival. Expect to hear the wolf howling throughout the tournament.

The World Cup draw itself created some interesting match ups amongst the 32 teams. The first match of the tournament sees Russia take on Saudi Arabia and a Valencia interest with both sides. Dennis Cheryshev, who was on loan with Los Che last year, may well start for the hosts. Saudi manager Juan Antonio Pizzi (former Valencia CF manager) will be hoping to emulate the success he had when he was the manager of Chile. A win for the Arab side in the opening encounter would rank alongside his achievement in winning the Copa America Centenario in 2016 for the South American country, who just failed to qualify for the World Cup this time round. Group A is completed by Egypt and Uruguay. Hector Cuper, another previous Valencia manager, is at the helm of Egypt… who will be praying Mo Salah has recovered from his Champions League injury at the hands of Sergio Ramos. Meanwhile, Uruguay will rely heavily on the Atlético Madrid pair Diego Godin and José María Giménez in defence and the temperamental, maverick striker Luis Suarez. European-South American progress seems on the cards.

Group B has plonked the Iberian pair of Spain and Portugal together. Valencia fans celebrated Rodrigo’s inclusion in ‘La Selección’ but were disappointed not to see Dani Parejo going to the World Cup after an excellent season in Valencia’s midfield. Alba, Isco and David Silva have also played for Valencia CF in the past. Portugal had Cancelo, Nani, Manny Fernandes, Guedes and Andre Gomes in the initial squad of 29 but when it was cut to the maximum 23 Nani, Gomes and surprisingly Cancelo were told they would not be Moscow bound. Morocco and Iran complete the group and look to be playing for third and fourth place. Yassine Bounou (Bono) applies his trade as a goalkeeper with Girona in La Liga and could put himself in the shop window of bigger clubs, whilst Iran have the “Persian Pogba” Saeid Ezatolahi in their squad. The midfielder, who plays his league football in Russia, is one to watch.

In Group C we have France, Australia, Peru and Denmark. France should cruise into the group stages but may rue not including Geoffrey Kongdobia in their squad at the business end of the competition. With Koscielny of Arsenal injured, Adil Rami may get some playing time at the heart of the French defence. Playing time may also come to Matthew Ryan in the Australian goal but he is unlikely to be first choice for the Socceroos. Meanwhile, sentimentalists are hoping Tim Cahill will make it onto the plane when their final squad is cut from 32 to 23 in the next few days. Peru look like they will struggle to get out of the group and their cause has not been helped by their skipper Paulo Guerrero being banned for testing positive for cocaine. The substance was allegedly in a tea he drank and he had the support of the rival captains in Group C who all wrote a letter to the football’s governing body requesting he be allowed to play. He has been granted leave to play at World Cup. Denmark could be the dark horses and Valencia target Daniel Wass could get his move from Celta Vigo with a good World Cup performance.

Argentina, Iceland, Croatia and Nigeria make up Group D. No place for Garay in the Argentina squad and Fernando Gaga is ruled out through injury. However, Otamendi and Banega do make the squad that will, as always, rely heavily on Leo Messi. Iceland topped their group in the qualifying stages, relegating Croatia into the runners up spot. Another performance like the one that toppled England in the 2016 Euros would send the smallest nation ever to participate in the World Cup into raptures once again. For Croatia, expect Rakitic and Modric to forget their ‘El Clásico’ differences and combine well at this World Cup to reverse their group stage rankings with Iceland. Nigeria look set to struggle despite having John Obi Mikel, Victor Moses and Alex Iwobi in their line up.

Brazil, minus Valencia goalkeeper Neto, head Group E. They are joined by Switzerland, Costa Rica and Serbia. It looks on paper that Brazil will win the group easily and the other three will be fighting for the runners up spot. Kaylor Navas, the Real Madrid goalkeeper who once played at Levante UD, should stimulate interest amongst the football fans in the city when Brazil are not playing.

Germany are one of the favourites and they play in Group F along with Mexico, Sweden and South Korea. Mustafi has paid the price for a bad season with Arsenal by being omitted from the squad. With the international retirement of Zlatan Ibrahimović, the Swedish attack looks somewhat goal-shy. Former Valencia CF player Andrés Guardado still has a major part to play in the Mexico midfield. In Son Heung-min, South Korea have one of the most underestimated players in World Football. The Tottenham star could well be the difference in helping the Asian side join Germany in the latter stages of the competition.

England have a decent draw in Group G, facing Panama, Tunisia and Belgium. Panama are playing in their first ever World Cup and are celebrating the mere fact they are competing. It would be a major shock if they took points from any of the other teams. Gareth Southgate goes for youth but still has to settle on a first choice goalkeeper. On paper, England should be too strong for Tunisia who have just lost their best player Msakni to injury. Belgium, on the other hand, are packed with quality. Courtois, Kompany, Hazard, De Bruyne, Benteke…the list goes on and on. If they gel as a team and if the trio of Vertonghen, Vermaelen and Toby Alderweireld can shore up the defence of the ‘Red Devils’ …then they could well go deep into the competition.

Group H will see match ups between Poland, Senegal, Japan and Columbia. Probably the most difficult group to call, it could all boil down to which striker converts the most chances for each team. Take your pick from Robert Lewandowski, Sadio Mané, Shinji Okazaki and Radamel Falcao to decide who will progress from these teams.

When the final is contested on the 15th July in the Luzhniki Stadium in Moscow the legacy of the World Cup in Russia will still be taking shape. The big question being asked will be: “Is the outside world still looking in or have they totally switched off?”

‘From Russia with Love’ would be a much better epitaph than ‘The World is not Enough.’ Let us hope the Soviets deliver the goods and give the fans a tournament to remember long into the next decade. This will help smooth the transition for the next World Cup in Qatar 2022, which in itself is a whole new ball game…