You are here: Home  /  Editorial  /  A FAMILIAR FIGURE IN VALENCIA…AN INTERVIEW WITH GAVIN WATSON
Editorial 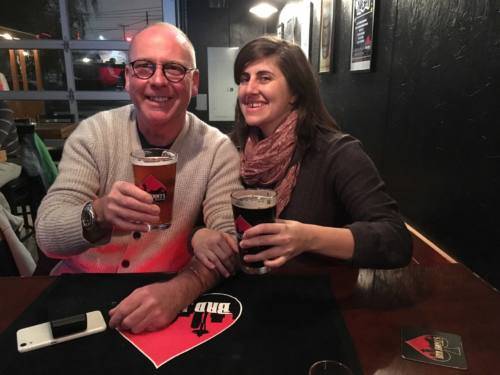 A FAMILIAR FIGURE IN VALENCIA…AN INTERVIEW WITH GAVIN WATSON 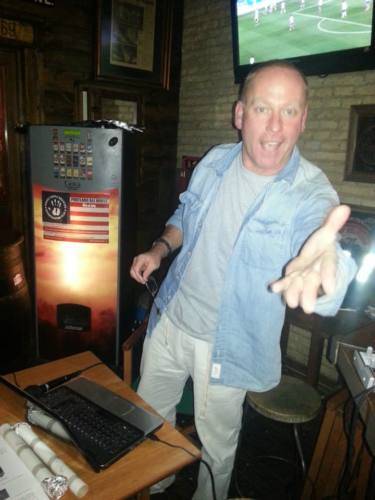 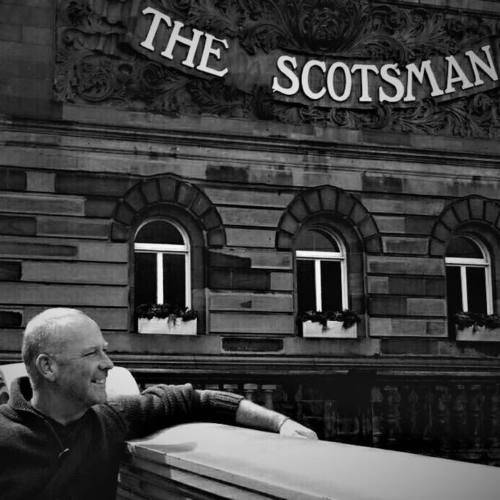 1.Tell us something about your background, travels and experiences…I’m originally from Scotland, Perth, born and bred so to speak but left for New Zealand and played football for a North Island club which actually turned out to be a great chapter in my life. At that time rugby was the be all and end all for Kiwis. The town would shut down on Saturday afternoon, literally, and everyone would troop up to see their rugby team. We were right next-door; playing just as seriously, except our loyal following would roll up in a flat bed truck with a sofa on it! We never did get the opportunity to suffer from delusions of grandeur, that was for sure. However, that trip kick-started something in me and I ended up on the road for the best part of 20 years.

I was a photographer for 10 years and worked on cruise ships, mainly in the Caribbean, before moving on to the art business where I ended up buying and selling etchings and lithographs mainly by the masters such as Picasso, Miró and Dalí. A lot of travelling and I finally ended up in Seattle in the U.S.A., where I hung my hat for 7 years. Great times. I still go there every summer and see friends and I started a business there a few years ago. I first came to Valencia in 2005. The method behind the madness was that I wanted to be in a city that was changing itself but felt that Barcelona and Madrid were too big and probably too expensive. So I rolled in here. It has been a learning curve, I’ll say that.

2. How does living and working in Valencia compare to the U.S.A.? Very different. Seattle and Valencia are the same size in population, but whereas Seattle is really a cosmopolitan and dynamic city Valencia, in comparison, is really laid back. In Seattle, so many people come from all over to work for companies like Microsoft and Amazon and never leave. The upside of this is the energy and opportunities that are available. However, the downside is the constant need to work just to make a living and pay the bills. It does need a lot of money to live there. A lot of queues at the coffee shop, between 7 and 8 in the morning, with folks wanting their coffee to go. Some people think it’s the land of everything and in some ways it is, but it all has to be paid for. If you have an accident or fall ill you better have good health insurance. In contrast Valencia is a quieter, slower place and it really doesn’t need a lot to live and get by. I don’t have a car here and I cycle everywhere. That would be impossible in the States. I kind of like the combination of living in both, which with teaching you can.

3. Tell us about Portland Ale House…It was strange, really. In 2008 I had just got to Valencia for the second time around and noticed, in ‘24/7 Valencia’ actually, a new bar called the ‘Portland Ale House’ opening. I loved the beer from the Northwest. In fact the whole area from Portland to Vancouver is a unique part of the world and here, in Valencia, was a place where I could get beer like that and meet folks that have travelled a bit and lived a life out of the box. For about 2 years the place was jamming and a bunch of us had a great time. Now it has evolved, certain people have moved on, some had to move on, food has come in and it’s now a great blend of good beer, good food and good local people. Maurice (the owner) and I have become strong friends and a few years ago I started running the Sunday quiz, which still plugs away.

4. What are your plans for the future and what is your philosophy of life? Right now, probably more of the same. Maybe some more time on the other side of the pond as it works better from a business point of view. When I first came here I had ideas of what I could do but it is more difficult for an outsider to break in here compared to other places. However, I have some good friends here and when it’s all said and done these are the things that pull you back. You can live in the most beautiful place in the world but if you don’t have friends it’s nothing. For me, living in Valencia is like semi-retirement. You don’t come here to change the world that’s for sure. I get my cycling in down the coast and teach a few hours. Relatively stress-free. I can see myself doing this 50/50.

I fully believe in travel, and not just visiting a place for a week or so, but living there for a period of time is great for the soul and shows you another way of life. I’ve done it in a few places and I have seen myself change and evolve because of it.