You are here: Home  /  Editorial  /  ‘GASLIGHTING’ IN VALENCIA
Editorial 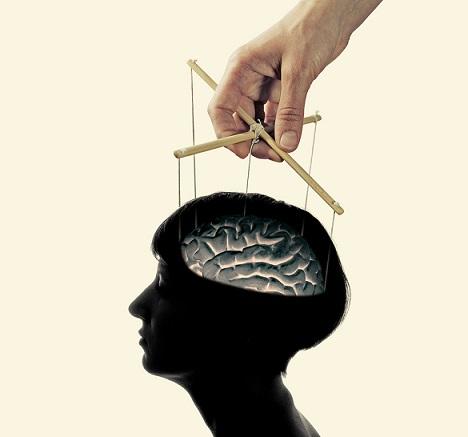 ##What is ‘Gaslighting’? The Oxford English Dictionary definition states that ‘Gaslighting is to manipulate (a person) by psychological means into questioning his or her own sanity.’ In simpler terms, gaslighting is a form of abuse where one person aims to control another. The abuser will make the victim question their reality by making them think that what they know about life is incorrect and will therefore assume a position of power over the victim.

Although gaslighting is primarily intentional, there can also be unintentional gaslighting. This is when a person is manipulating another but may not realise that they are doing so. A person may be gaslighting unintentionally for several reasons. It may have occurred as a result of how they were raised by their parents. A person may have been taught by their parents to view the world in a certain way and may then see it as problematic when someone else views the world differently. However, whether the gaslighting was intentional or not, it is still just as problematic.

Gaslighting is not exclusive to just romantic relationships, there can also be gaslighting between colleagues or between a parent and a child.

For many it can be hard to spot when they are being gaslit, which in turn may lead to a continued form of manipulation. To be able to spot gaslighting, it can be helpful to know what signs to look for. The National Domestic Violence Hotline, a hotline that aims to help victims by encouraging them to call or text when needing help, have listed several techniques to spot that an abuser may use to manipulate a person. More info: https://www.thehotline.org/resources/what-is-gaslighting/

These include ‘Countering’ where a victim’s memories are being questioned to make them unsure about what they remember. An abuser might ask the victim if they’re sure what they remember is correct and constantly tell them that they have a bad memory.

‘Withholding’ is when a person doesn’t respond to someone and refuses to engage in the conversation by pretending to not understand them. They may state that the victim is just trying to confuse them by not making any sense.

Another technique is ‘Trivialising’. This is when an abuser may state that the victim is too sensitive and disregard their feelings. Denial is when someone may accuse someone else of making things up by pretending to forget events that have happened.

‘Diverting’ is a technique where a gaslighter may change the focus on the conversation. The National Domestic Violence Hotline stated that an abuser may say, ‘That is just another crazy idea you got from your friends.’ By doing this, the abuser is making the victim feel that what they are talking about is wrong, which in turn makes them question what they know.

The final sign that the hotline listed as something to spot is ‘Stereotyping’. This is where a gaslighter may use negative stereotypes about the abuser, such as stereotypes about their race or gender to try to make them feel inadequate, which can lead to a loss of confidence.

These, however, are not the only signs to spot when a person is being a gaslighter. Another sign is ‘Hoovering’. In this case, a victim may have realised that they were being gaslit and have decided to leave the abuser. When this happens, a gaslighter may tell the victim how much they love them as well as listing the qualities that they love about the victim. The abuser may then promise that things are going to change and that they will stop their manipulative ways. The victim may then decide to forgive the abuser and give them a second chance but once they have agreed to stay, life goes back to the way it was with the abuser once again manipulating the victim.

Hoovering shows that it can be incredibly difficult to leave a gaslighter. A victim may recognise the signs and understand that they are being gaslit but struggle to stop the abuse.

Reaching out and finding someone to talk to, whether that be a professional psychologist, a friend, or a family member… is a method that has been heavily recommended as a way to begin to stop the abuse. By talking to someone, a victim will be able to stop questioning their reality and perhaps gain validation that they are not crazy, despite the abuser making them feel so. There are other methods to stop gaslighting include finding ways of increasing your self-confidence and independence. It has been recommended that if a person thinks that they are being gaslit but aren’t completely sure, that they should keep a diary with a record of events. Therefore, if a victim’s reality is being questioned, they can use the diary as a reality checker to confirm if they were initially correct.

Gaslighting is a form of abuse but it is important to know how to read the signs… and to then know how to stop the abuse.

THE EAGLE AND THE CROW

“The only bird that dares
to peck at an eagle is the crow.
It sits on its back
and pecks at its neck.
However,
the eagle does not respond,
nor does it fight with the crow;
it spends no time or energy on the crow, it simply opens its wings
and begins to soar higher in the skies. The higher the flight,
the more difficult it is for the crow to breathe
and then the crow falls down for lack of oxygen.
Stop wasting your time
with crows
with harmful people
who only come into your life
to try to destabilize you
to project onto you,
their own inner demons.
Just take them to your heights
and they will fade away on their own.”