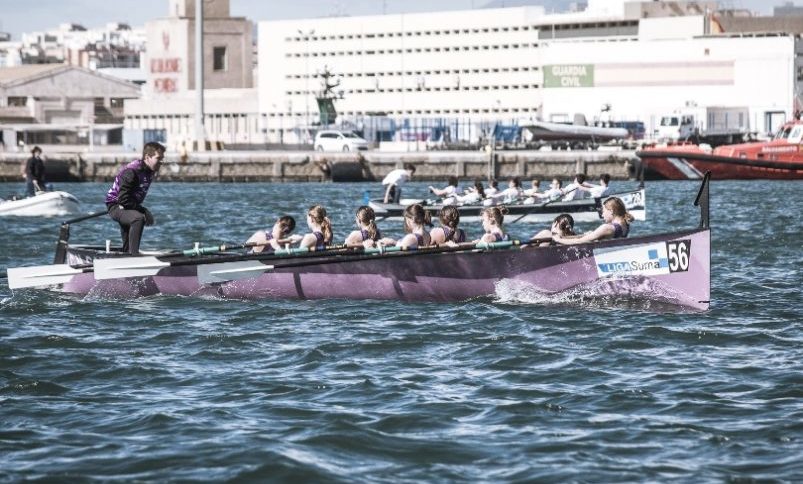 The Port of Alicante offered a great rowing spectacle last weekend with the 7th Regatta of the SUMA Mediterranean Fixed Bench League, a competition organised by the Rowing Federation of the Valencian Community with the support of SUMA Gestión Tributaria. On Saturday 12th and Sunday 13th of March, more than 700 sportsmen and women took part in one of the best events in this sport that can be seen on the national scene.

The first paddles arrived on Saturday from 10am.Real Club Náutico Gandía won the cadet women’s race while the host club, Real Club Regatas Alicante, won the men’s race. The Alicante team also participated in the mixed category in this age group. The Gandía club achieved its double on Saturday with the victory in the junior female category and the boys from Real Club Náutico Torrevieja won their race. The day was completed with the start of a boat from Club Náutico Benidorm in the SCM category (people who have overcome Breast Cancer) and the triumph of Club Náutico Santa Pola in the mixed gender group.

On Sunday it was the turn for the Absolute and Veterans races, which were once again the most popular. Club Rem Denia was the main protagonist in the senior category, winning the finals in both races. Particularly tight was the final female veteran final classification, with a difference of 53 hundredths between the club from Denia and the second classified, Club Náutico Benidorm.

Real Club Regatas Alicante demonstrated its dominance of the field with a solvent victory in the women’s absolute race, ahead of Club Deportivo de Mar Clot de L’Illot El Campello and Club Náutico Santa Pola. The winner in the men’s race was Secció Esportiva Universitat d’Alacant, with a lead of less than one second over the Real Club Náutico Valencia team. The local club completed the podium.

The SUMA League faces its final stretch and points to its next appointment, which will be on Sunday 27th March in Benidorm, when the VIII Regatta will be held.