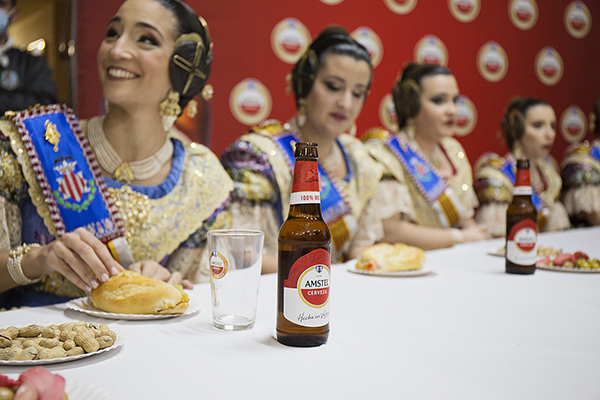 ‘L’Esmorzà’ To Take Place on March 16th In Valencia!

There is hope that the Valencian early lunch will be included in the official calendar in 2023.

The world of Falleros and Falleras and gastronomy and Amstel, one of the sponsors of Fallas, will collide together to bring the #ESMORZÀOFICIALJA to the streets of Valencia on March 16th. The event will also take place in bars and houses across the city.

The proposal to have L’Esmorzà after La Plantà, was brought forward by Amstel, a Dutch beer brewery, with the support of Fallera Mayor de València and Carlos Galiana the Councillor of Festive Culture in Valencia.

L’Esmorzà fights for its right to be its own event, following the model of La Mascletà, La Cremà or La Cridà, with which it shares its social character and being a reflection of the Valencian culture and tradition.

Amstel continues to commit itself to work to make this festival bigger and bigger, “but without losing its Valencian character”. In fact, the brewery has been a part of Las Fallas for more than 40 years, for example, is the sponsor of all of the municipal Mascletà firings we all love so much.

The reason why L’Esmorzà would be on  March 16 is that it has been recalled that precisely that morning the falleros have to regain strength after participating in La Plantà all night long. It is also of benefit to the lovers of this festival who travel the city from one end to the other to discover the art and beauty with which the falleros monuments fill every street.

To encourage Valencians to join the #ESMORZÀOFICIALJA movement, prizes are being raffled for citizens and festival commissions through the city’s bars and the website www.amstelfallas.es.

Prizes range from free lunches or t-shirts to a donation of Amstel for a whole Falla commission in the 2023 festivities.