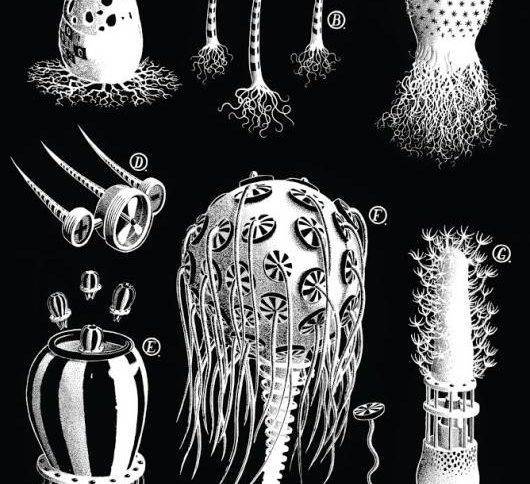 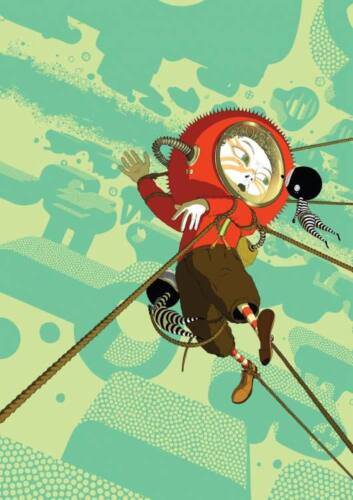 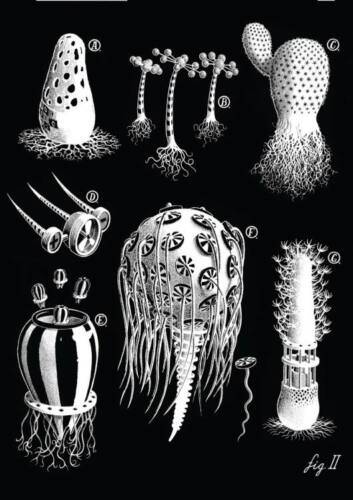 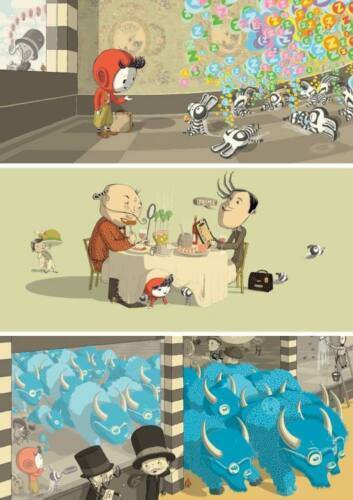 Charlie Sutcliffe, a London and Valencia based artist, presents his fantastical and innovative new exhibition in the creative barrio of Ruzafa. Creating work which aims to incite the viewer, to examine the near future and the relationship we will have with ‘Artificial Intelligence’. The show presents a vision of mutated hybrid beings, created to perform a multitude of tasks, which exist in the deepest ocean and furthest space, as well as next to the kitchen sink.

Charlie is interested in the extraordinary and the mundane, the real and the unreal and his forthcoming solo exhibition “SWARM: Mecánica Orgánica.” introduces a new body of work. The show’s title is inspired by swarm robotics and the notion that while Artificial Intelligence might seem fantastical in the present time, in the near future it may be perceived to be incredibly mundane. It reflects Charlie’s ongoing interest in combining future prophecy and reality.

Using the vernacular of Victorian Scientific Illustration and the mediums of sculpture and screen prints, the gallery space will show two major elements. Giant 3D sculptures will float in front of the viewer, asking us to question how we could coexist and share our world with these organisms, while screen prints based on detailed pen and ink drawings depict these hybrids. Charlie can be funny, whimsical, poignant and political, which together produces necessary art for our uncertain times.

LAURA COBO AS A CURATOR
This creative space in Ruzafa, where the development of hair as a work of art is the primary objective, opens its doors to host exhibitions of other artistic disciplines, as much on a local level as an international one. Laura Cobo’s artistic curiosity has led to her wanting to curate exhibitions with exciting, current artists in her new vibrant space in Valencia. The latest works of national and international artists will pass through her hair salon, always under her careful and selective eye.

ABOUT THE ARTIST
Charlie: “I was born where the Thames meets the Sea and have been drawing since before I can remember. There were the Carnival hats that I made when I was 6, the corn dolly I made when I was 5 and a tree scratched into a biscuit tin lid when I was 4, but before that it gets a bit hazy. My family encouraged the making of things and so things were made and those things got better. Later on, I went to London to Study Illustration. After that I got itchy feet and spent a lot of time having adventures…. Tuna Fishing in Mexico, working in an Ecuadorian prison, living in a cave in Idaho. Back in England, I took on an old factory and started experimenting and since then I have worked in a variety of roles; as a writer, mural painter, contemporary artist, screen printer, sculptor and illustrator for blue chip companies such as Tate, BBC Penguin, HBO and DMG World Media.”