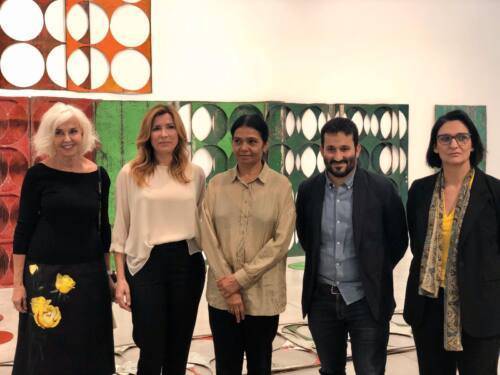 ##’Bombas Gens’ presents Sheela Gowda’s first solo exhibition in Spain. The project implies a departure from previous exhibitions at the Fundació Per Amor a l’Art, as it includes large-scale sculptural installations made of materials such as human hair, thread, cow dung and tar drums.  The Fundació Per Amor a L’Art (FPAA) presents at the Bombas Gens art centre the  Sheela Gowda’s exhibition “Remains”, curated by Nuria Enguita and Lucia Aspesi. The project brings themes and languages that are new to the exhibition programme of the centre, with tri-dimensional works that occupy the exhibition space through imposing sculptural installations.

The exhibition is the first solo show by the Indian artist in Spain, and responds to FBAA’s goal of giving visibility to artists who, despite their international recognition, are not familiar to audiences in Spain. As FPAA’s vice-president Susana Lloret has said, “One of the goals of the Fundació is to support and show the work of artists who explore new visual languages and who help us build a broader, deeper and more diverse perspective on the world. Sheela Gowda is an artist with great international recognition, and we would like her to be known by the public in Spain, who through this exhibition will have the opportunity to familiarise themselves with the singularity of her work”.

This exhibition is the result of a collaboration with Pirelli HangarBicocca (Milan), where the show has already been exhibited. For the vice-president, such collaboration “is another example of our extremely beneficial philosophy of exchanging and collaborating with institutions and museum spaces who share our understanding of the visual arts”.

Speaking about the collaboration, Vicent Todolí, director of the art area of FPAA and artistic director of Pirelli HangarBicocca, has said: “I had followed Sheela Gowda’s work for some time, and Nuria Enguita worked with her during the 31st Bienal de São Paulo in 2014. And although her work is part of large and important collections (Tate, MoMA…), it is mostly known to specialists. With that in mind, we decided to include it in the Colección Per Amor a l’Art and organise an exhibition at Bombas Gens. Organising a co-production with Pirelli HangarBicocca came about because I believed her work would fit very well in both spaces. Both buildings share an industrial past, both were eventually abandoned and refurbished years later in order to house contemporary art exhibitions.  The idea of a ‘second life’ is present in Gowda’s work, and results from the practice of reusing and recycling materials.”

Materials with a use in which vernacular traditions and industrial development meet, within daily life in rural or urban contexts in and around Bangalore, the city where Gowda lives and works. As co-curator Lucia Aspesi has said: “Her aesthetic proposal is based on the dialogue with vernacular materials that have an important presence in the systems of production, distribution and exchange of local and global economies. Cow dung, incense, human hair, rubber, pigments, needles, jutte and tar drums, all of which appear in her work, are rich in cultural implications, originate from specific contexts, carry with them memories of past uses and have complex social and political connotations”.

The resulting works show a level of abstraction that rather than implying a loss of meaning brings forth multiple significations derived from the materials, which are recognisable despite their transformation. “In this exhibition we have gathered a selection of her works from the last twenty years, all dealing with different uses of matter and images, and with contrasting forms of abstraction, in order to show the depth and variety of her work. Her artistic proposal goes beyond the classical language of abstraction and its connection to the world of ideas, and instead relates it to a contemporary world shaped by experience. This situates Sheela Gowda at the core of Bombas Gens’s overall interests”, co-curator Nuria Enguita says.

According to the artist, the title “Remains” “refers to what remains in time, but also what is left behind. Something that is different, but still maintains the intrinsic character of what it was. In a new form of existence”.

The exhibition will be on view until 1 March 2020. It will then travel to Lenbachhaus, Munich, on the occasion of the Maria Lassnig Prize, which Gowda was awarded earlier this year.

LA FUNDACIÓ PER AMOR A L’ART

The Fundació Per Amor a l´Art is a private and family-run foundation that operates in three areas of activity, with artistic, social and research initiatives, from the former factory building Bombas Gens in València. The Fundació develops its artistic programme through Bombas Gens Centre d´Art; its work related to social integration is based on its Centre Jove; and the Equipo Wilson develops research and awareness initiatives about rare diseases, especially Wilson Disease. 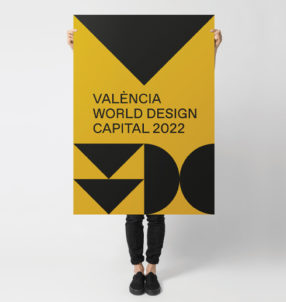