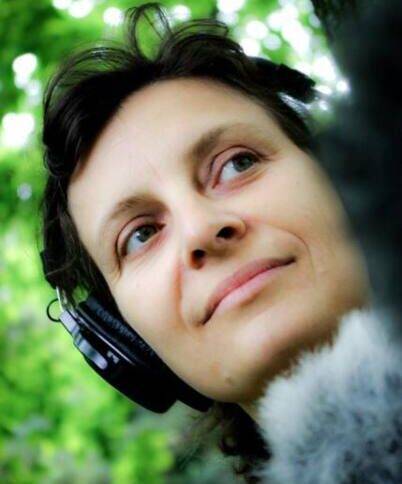 FRÉDÉRIQUE PRESSMANN: The title is in reference to the restoration of ‘El Cabanyal’, which refers to the time after  the “war” between the local government and the residents, so to speak. People started using that phrase in 2015, after the monumental elections, referring to it as the beginning of a new era. I chose that as the title because it felt like the most relevant way of defining this moment of change in 2015. This year marked a new start to Cabanyal, one with more hope.

What is your fondest memory of El Cabanyal?

I lived there for a few years. I arrived in 2012 before the changes, when things were pretty politically stuck. People in the community were losing hope but at the same time there was a unique kind of freedom there, it moved me. Rent was very cheap and there were lots of community places like ‘L’Escola’, it felt like a dream neighbourhood. You can live there for very little money and be surrounded by lots of beauty and interesting people. There was a time when living there was really fun and exciting, it really felt like you were at the beginning of something.

Did you feel as though you were a member of the community when you stayed in El Cabanyal?

Yes, it took me almost a year before I actually started shooting. I spent that time trying to understand the people, learning the history and all of the intricacies of the place because I wanted to make it for them. So it took me a while but after a few months of shooting I felt like I had really become part of the community, it was really powerful. People saw me all the time and they even called me “the woman with the camera.”Now, when I come back to visit, everyone knows me.

What does “home” mean to the residents of El Cabanyal?

I think that for many people, it has a different meaning because some people grew up there and their family is from there so they have this long-term connection with all of the history there. But there are also lots of people who moved there later on to show support for the place because of the struggle. There were people who were attracted to the kind of activism and cultural life that chose to make El Cabanyal their home; they have a very strong connection to it as well. It’s really striking to me that there are people who have been there for years who now have to move out due to rising rent.

What would you say defines the identity of El Cabanyal?

In a way, it has many identities. The connection to the sea is very important since it was a fisherman’s village for a long time. However, the fisherman have disappeared for at least 50 years. The notion of El Cabanyal being a rebellious place is also very grounded in their identity. It was independent for a long time, called Poblano Del Mar, it was separate from Valencia and it was really opposed to Franco during the civil war. The people here have also held on to the Valenciano language. All of that was before the actual attacks on the place. The attacks were met with a lot of resistance for 20 years. I would say an independent spirit is deeply tied to their identity.

What do you think drives the residents of El Cabanyal to fight for the preservation of their identity and culture?

They feel very attached to their identity. During the struggle against the destruction, they were fighting for the survival of their homes and neighbourhoods. Today, a lot of the residents are confused because the attacks on their identity are not so much physical destruction as much as the gentrification process. I think that many people are at a loss at how to resist that process; these are forces that are hard to fight against. Many houses are getting renovated now and the area is getting nicer so it’s getting more expensive and people have to move out. We no longer live with the feeling that it will be destroyed but at the same time many things are rapidly disappearing. People are confused on how to protect the neighbourhood from this process. Most of the people who have been fighting are gone and many places have closed down so there is less ground for them to fight on. That’s something that makes me pretty sad.

2015 was when the former mayor Rita Barberá was evicted. That was a major change as that was the end of the destructive process. Barberá wanted to destroy half the neighbourhood and the new elected mayor said that he will not let that happen and he suppressed the urbanistic plan and put an end to all of that. There was a lot of hurt around the idea that the neighbourhood will be reconstructed and will be gone. In a way, the movement drew from the struggle and created positive change regarding the neighbourhood. There was a major change. 2015 was also the beginning of the gentrification process because before then it was hard to buy houses there because you never knew if they would be destroyed or not. In 2019, the same government more or less has been elected and it’s gonna be a continuation, many people are critical of their choices because they are focusing their funds on the wrong things. For example, there has been very little government action for rebuilding in ground zero even though they actually own a lot of the land. Not so long ago, there was a new urban plan and it is heavily criticized in the neighbourhood because it allows high-rises and new constructions. We don’t know yet if there will be any changes or actions, it’s hard to say, we’ll see.

What policies do you think should be put in place to protect the residents of El Cabanyal?

The local government owns a lot of land because the previous one was buying houses to tear them down to build the avenue. What they could’ve done with this land is to rent it to groups of people who would in turn build houses as a way to renovate. Renting the land for people to rebuild houses and giving them some very long-term relief on the land. But it wasn’t done. Another policy would be to put a limit on rent increases or limit the amount of apartments being rented to tourists. Right now, many apartments are being turned into touristic apartments for a few months out of the year and that prevents year-long residents having a place to live.

There is a strong network of activist and cultural groups based in the neighbourhood and the local government should work with them. For example, the community gardens there are flourishing and it attracts many neighbours. However, this area in the new plan will be ruined for new buildings, which shows a total lack of interest for this kind of community work. This should be the opposite; the government needs to work with the community members to keep this network active. I don’t have much faith in their political vision.

What do you think El Cabanyal will look like in ten years?

I hope I’m wrong but I think it’s gonna be very renovated and pretty with upscale bars and restaurants in the small streets. Unfortunately, I think a lot of the people who have been living there will be gone because it’s gonna be impossible for the poor and working-class people to afford to live there. Within 10 years, many original residents will be gone and the culture will go with them. The area has been changing fast and drastically. To compare, I grew up in the centre of Paris, a place that went through intense gentrification. Now the area has almost nothing to do with the neighbourhood I grew up in. There is still something about it that i’m connected to but it’s still very painful for me to watch this gentrification process. I think something similar will happen in El Cabanyal. The partial destruction that took place since 1998 also kept the place in a frozen bubble away from gentrification. So when the threat disappeared with the new government it was like opening the bubble and suddenly the area was exposed to this “virus” of gentrification, which came at a very high speed. I see it happening at such a high rate because in 4 years it has already changed dramatically. I arrived in 2012 and then I moved in 2013 and then I moved out in 2017. But i come back very frequently.

CLICK ON THIS LINK FOR TRAILER ‘CABANYAL ANY ZERO’: https://youtu.be/LY0XmyAu2WY