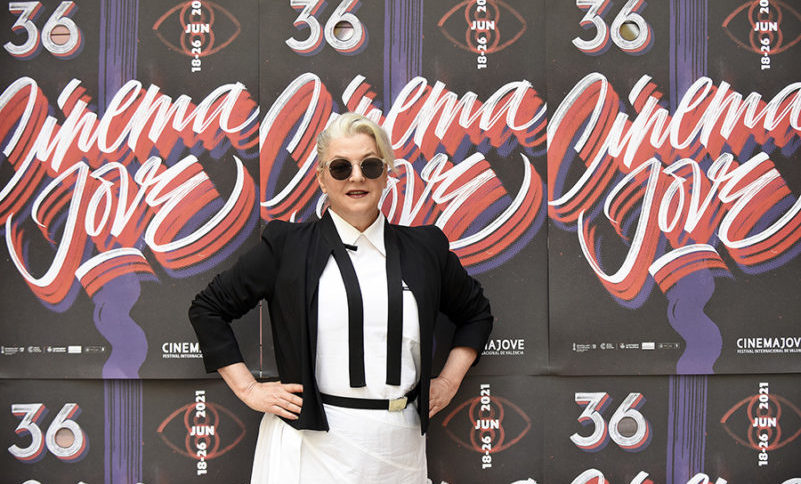 ##Lynne Ramsay encourages the next generation of directors to “storm” Cannes!

The Scottish film director will receive tomorrow the ‘Luna de València’ award at the opening gala of Cinema Jove. The international film festival dedicates a cycle to her where her four films will be screened.

The Scottish director Lynne Ramsay has encouraged this afternoon the generation of young directors to believe in their audiovisual projects and to “storm” Cannes in a meeting with the public and press held this morning at Cinema Jove Film Festival in Valencia. The Scottish filmmaker will receive tomorrow, June 19, the Luna de València Award at the opening gala of the València International Film Festival organized by the Institut Valencià de Cultura.

During the appointment with press and spectators, the director of titles such as ‘You Were Never Really Here’ (2017), award for best acting and best screenplay at the Cannes Film Festival, has shared, from her professional experience, how, if you believe in your own project, you get others to catch your enthusiasm and also believe in it. “You are the next generation and I’m sure you are going to make incredible films,” she said.

About her approach to directing, she stressed the importance of “being methodical and having knowledge of everything that happens in the film” and added that she focuses a lot “on colour and design. You have to value everything, I like to take everything into account.”

At the moment, the director is preparing the adaptation of the screenplay of Stephen King’s novel “The Girl Who Loved Tom Gordon”.