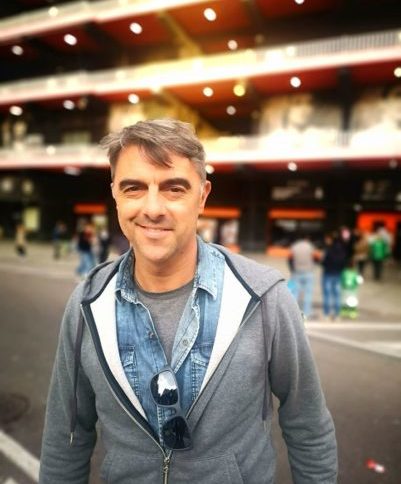 Claudio López, luxury reinforcement for the cup final in Sevilla! ‘El Piojo’ is back as a special guest of Valencia CF for the crucial game at La Cartuja. Valencia CF have made an important signing ahead of the Copa del Rey final on 23 April! The Club will be in Seville accompanied by  Valencianista legend Claudio Javier ‘El Piojo’ López. The former Argentinian international striker will return to La Cartuja, a stadium of which he has excellent memories and will do so as a special guest of the Valencian club.

Claudio López played for Valencia CF for four seasons, from 1996-97 to 1999-2000 and coincided with the beginning of the golden era of the team. El Piojo’ had some great nights as a Valencianista, but, perhaps, the most memorable one will always be the final of the Copa del Rey in 1999, played at the Estadio de La Cartuja in Seville. Incidentally, key members of the ’24/7 Valencia’ team made it to this very memorable match in Seville too. It was a long journey by coach…but worth it!

La Cartuja Stadium is in Seville and has a special place in the hearts of fans of Los Che. In that match, the skilful Argentinian striker scored two goals which proved decisive in winning the trophy. In the 22nd minute he struck a spectacular volley to open the scoring. In the 81st minute, he put the final to bed with  a lightning fast counter-attack ‘made in Piojo’ that went down in history. In this way, Valencia CF will have at their side one of the heroes of ‘La Cartuja’ in 1999 both in the final and in the days leading up to it.

El Piojo’ will return to Valencia to share  his experience with José Bordalás’ team before travelling to Sevilla. And, once in the the city of Seville, Claudio López will join the VCF Media team as a commentator for a final in which the Club will be looking for its ninth Copa del Rey.

See you there, Claudio!