You are here: Home  /  History  /  MASSAMAGRELL PROMOTES THE INTERNATIONALIZATION OF THE ‘HOLY GRAIL WAY’ ON ITS 20TH ANNIVERSARY
History 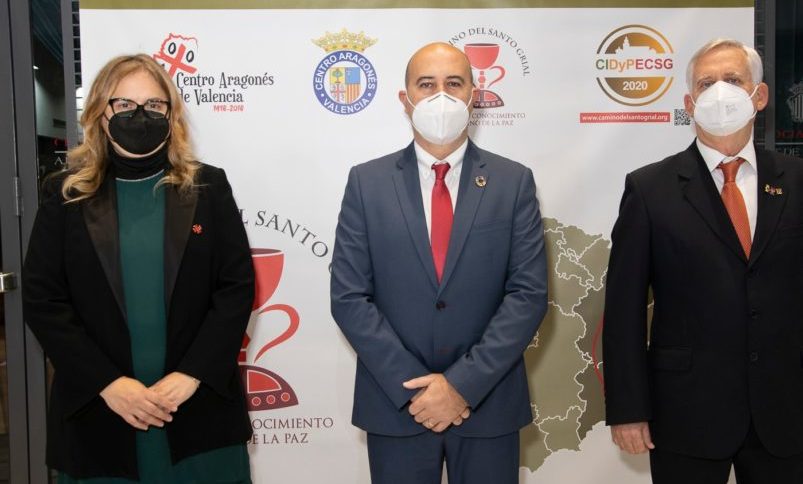 The plenary session of the City Council of Massamagrell has approved a motion in favour of the enhancement of the Holy Grail Road as it passes through the municipality of Massamagrell on its 20th Anniversary. These are two decades of tireless work of the Cultural Association The Way of the Holy Grail for the enhancement of the municipality as the end of a route that is called to be a European Cultural Itinerary. This means that, wherever in the world they know what the Holy Grail is, they will know that there is a path that passes through this municipality.

24/7 VALENCIA: COULD YOU TELL US MORE ABOUT THE PROGRESS REGARDING THE HOLY GRAIL OF VALENCIA?

HOLY GRAIL ASSOCIATION: “The text was presented in the form of a motion by the Mayor, Mr Francisco Gómez Laserna, who presented the document:

Proposal for an institutional declaration in connection with the 20th anniversary of the establishment of the Holy Grail Way Association. (Exp. 5170/2021).

This proposal stems from the consensus of all the councillors on the basis of the agreement adopted by the Plenary Session held on 23 February 2022, with regard to the motion of the Ciudadanos Municipal Group by Mr Jesús Gimeno Peris in relation to the 20th Anniversary of the constitution of the ‘El Camino del Santo Graal’ Cultural Association. He preferred to withdraw it and transfer it for study at the next Informative Commission of Culture, Education, Social Welfare, Health and Consumer Affairs, where the proposals of all the municipal groups were incorporated and it was treated as an institutional motion.

But, there was a surprise yesterday in the plenary, and there was no Institutional Motion because, despite having been approved by the majority of all the representatives of the political parties of the municipality (PSOE, Cs, PP, VOX, COMPROMIS, VPN) one said “no” (PODEM-EUPV) who did not want to join this project for the future.

Looking for quick returns in politics is a mistake. Just look at the success story of the Camino de Santiago that has been working for 50 years via the Galician administrations and, for the first time, in the year 2021 they have achieved half of their tourism budget. Hundreds of thousands of euros for the development of its story.

If you don’t sow in the territory, nothing is harvested. The immediacy of results in politics is not to be betted on.

The approved text explains that, since its constitution in 2002, the Cultural Association ‘The Way of the Holy Grail’ has been working on the enhancement of the history of the city of Valencia and the inland territory of the province of Valencia and Castellón as the backbone of the Way of the Holy Grail, also known as the Route of Knowledge, the Way of Peace.

Considering that in recent years and because Massamagrell is the last stage of the route and since 2015 the headquarters of the Cultural Association The Way of the Holy Grail is in this town, civil society has placed knowledge, tolerance and understanding at the centre of the construction of the tourist story that sustains the Way of the Holy Grail, Route of Knowledge, Way of Peace.

In view of the conclusions of a doctoral research at the University of Valencia by Dr. Ana Mafé García on the object itself and its oral tradition, which provide extensive material that can be used for the elaboration of the tourist story that defines the multi-product Holy Grail Way as a commitment to cultural and religious tourism. We must know that the Cathedral of Valencia contains a unique piece that has no parallel in the history of world archaeology. This object (the Holy Chalice) justifies its international promotion due to its significance in the construction of European history in the Middle Ages.

-To mark, maintain and care for the continuity of this route in its cultural, gastronomic, recreational, religious and sporting aspects.

-Position the municipality of Massamagrell, protect our tangible and intangible heritage, and boost the local economy.

– To allocate a budget this year for a cultural week of promotion and extraordinary journalistic diffusion of the second international congress.

– Signposting where the road passes with tiles.

– To publicise this result in the media and on the Town Council’s website.

All these actions will be carried out together with the Cultural Association The Way of the Holy Grail, which happens to be the only association that has been working on this historical, religious and tourist story for two decades on a non-profit basis.

We recall that, thanks to the president of the Association, Dr. Ana Mafé García and a large group of collaborators, including Mr. Bartolomé Nofuentes, an expert in European funding issues, two municipalities along the route, La Sotonera (Huesca) and Albentosa (Teruel) have received 4 million euros this year from the European Next Generation funds to develop the pilgrimage route in Aragon with the Integral Sustainable Strategic Plan of the Holy Grail Route, Route of Knowledge, Route of Peace – Main Axis. Money that comes from the Spanish Government, non-refundable and in advance. In our community,  nine projects have been halted. Investments worth 18 million euros were lost.

“Sowing is the future!” says Dr. Ana Mafé García. And we are going to sow in Massamagrell the most beautiful and fertile seeds of the Way of the Holy Grail.”