You are here: Home  /  Sports  /   CRICKET IN VALENCIA
Sports 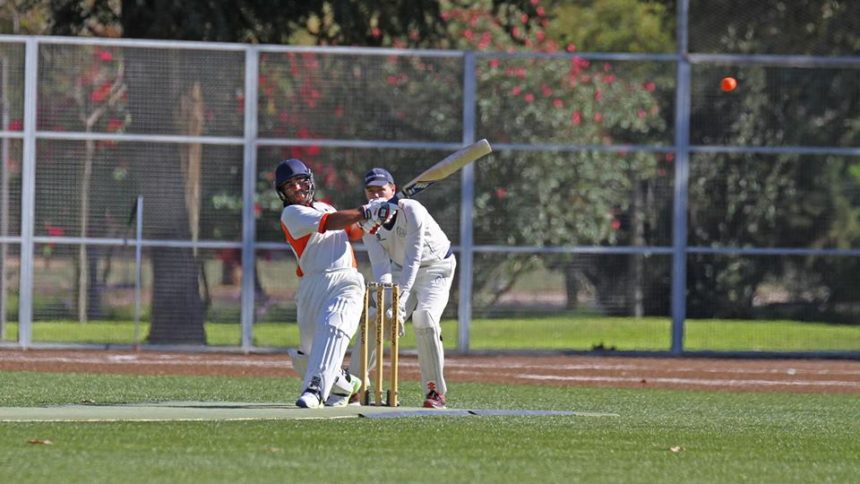 On the back of the recent test match at Trent Bridge in Nottingham between England and New Zealand, it is worth revisiting the cricket scene in Valencia. One of the premier clubs in Spanish cricket is Levante CC. Founded in 2012 when a handful of expats started playing under ‘Puente de La Exposición’ of Valencia, the club has made great strides forward in recent years. They have been regular contenders for silverware in the East Coast and Central League, which includes clubs from as far away as Madrid and Murcia. In 2019, ‘Levante CC’ became regional champions for the very first time.

They play their home games at the iconic baseball ground in the riverbed park, not far from the ‘Torres de Serranos’. The club are regular hosts to touring sides from across Europe and has club members from all over the world.

A new form of cricket that has found a home in Valencia is ‘Tape Ball Cricket’. Played with a tennis ball wrapped in tape to make it harder, it is played on pieces of wasteland, empty cars parks, on anywhere with space that is flat and not being used.

Played over a weekend at ‘Plaça de Jesús de Medinaceli’ in Valencia and it was Spain who came out victorious. Tape ball is played most Sundays throughout Valencia with four or five local clubs frequently competing against each other.

Cricket in the schools of Valencia took a knock with Covid but it is now back on the agenda. Plans are afoot to introduce cricket to both International and Spanish schools in the city.

During a week-long school vacation around Benidorm, which included a visit to Aqualandia, the IES School at La Canyada spent a day trying out the sport at Sporting Alfas Cricket Club.

The invitation from Alfas saw 62 boys and girls learn the basic skills of batting, bowling and fielding, with the qualified coaches utilizing the “Criiio” programme that is dedicated to children learning and playing the sport for the very first time at an entry level.

Criiio is an initiative by the International Cricket Council (ICC) that is an easy to deliver eight-week lesson plan to introduce the game to anyone unfamiliar to the sport. The unusual name derives from Cr (Cricket) iii (three stumps) and o (the ball) and further information can be found by clicking on the link below …

The project is available in English and Spanish and is being outsourced to schools throughout Spain. Many Spanish schools request the courses are delivered in English, and are using it in their programmes to give children practical and cultural experiences.

The La Canyada School enjoyed the experience so much that the head teacher on tour Elena was keen to have cricket taught at the school itself. Cricket España plan to go to the school and introduce the “Criiio” program in September to all the students, once they return after the summer holidays.

Any other school in Valencia that would like to participate in the Criiio programme can contact Cricket España via the e-mail: john@cricketspain.org