You are here: Home  /  Health  /  Ecoembes and Baleària promote recycling for social purposes at València and Dénia maritime stations
Health 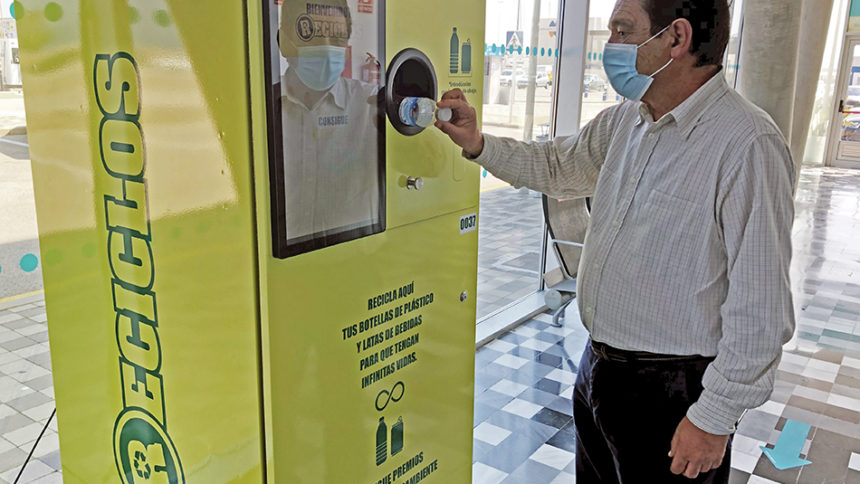 ##Each port has a RECICLOS machine so that passengers can recycle their cans and plastic drinks bottles and thus give them a new life.

Users will receive sustainable or social rewards, such as collaborating with the Food Bank, every time they recycle in these machines. In addition, a weekly incentive limit is established to encourage responsible and rational consumption of this type of packaging.

RECICLOS, the Return and Reward System (RDS) developed by Ecoembes, is also implemented in the yellow bins in the city of Valencia and in machines installed in markets and municipal offices.

The Baleària maritime stations in Valencia and Denia already have machines that reward citizens every time cans and plastic bottles are recycled there. This is possible thanks to Baleària’s commitment to RECICLOS, the Return and Reward System (RDS) developed by Ecoembes that rewards citizens’ commitment to recycling through sustainable and social incentives.

In this way, two of Baleària’s maritime stations make the two ports the first in the country with these machines, which make recycling easier for passengers who pass through these locations every day, who will also receive sustainable or social incentives every time they do so. Thus, in addition to the environmental benefits derived from recycling, such as the circularity of the packaging – that it is converted back into new packaging or products after recycling – there are now the social and solidarity benefits that RECICLOS provides. In the case of the machines located in the Baleària spaces, these benefits translate into aid for the Food Bank.

Moreover, this Return and Reward System is already in operation in the city of Valencia through the yellow bins on the street and machines located in markets and municipal offices. It should be noted that, in all cases, the system establishes a weekly limit of points that citizens receive for recycling in order to encourage responsible and rational consumption of cans and plastic drinks bottles.

“The installation of these two machines, just a few days after RECICLOS started operating in Valencia, reflects the fact that this is a region that is working to achieve the ambitious recycling objectives set by the European Union”, says Xavier Balaqué, manager of Ecoembes in the Valencian Community, who also thanks Baleària “for its commitment to this innovative system, which evolves the habit of recycling, strongly established in our country, placing the ports of Valencia and Denia as examples of innovation at the service of the circular economy”.

For his part, the General Manager of Baleària, Georges Bassoul, points out: “We have been working with Ecoembes for a long time to promote recycling on our ships and at our maritime stations. We also use biodegradable materials in our cafeterias and restaurants and carry out circular economy projects. Now, this new collaboration goes even further as this project has a charitable purpose behind it”.

To use the RECICLOS machine, citizens only have to connect to the webapp, scan the barcode of the packaging they want to recycle and deposit it in one of the machines.

Valencia, a pioneering region in the RECICLOS initiative

The Valencian capital was the first city in the country to implement this pioneering RDS in a comprehensive manner, installing RECICLOS technology in more than 3,500 yellow bins on public roads and in 6 machines located in the Central, Russafa, Jesusalem and Cabanyal markets, as well as in the Town Hall and the Tabacalera. Now, the Valencian region is once again a pioneer in its commitment to RECICLOS, extending the progress and use of this new system with the installation of these two new recycling machines in the ports of Valencia and Denia.

In addition to Valencia, this recycling system is already a reality in the yellow containers of several municipalities in the Community of Madrid, Balearic Islands, Region of Murcia, La Rioja, Aragon and Catalonia, community where there are also installed 15 machines in different train stations in the Metropolitan Area of Barcelona.
Recycles.jpg

The shipping company is a world pioneer in the use of natural gas: in 2019 it was the first to sail with this cleaner energy in the Mediterranean and the Canary Islands. Baleària’s gas fleet will reach 9 ships this year, between new constructions and re-motorisations, with an investment of 380 million euros. The company is committed to putting technology at the service of its customers in its smart ships and the use of big data to improve efficiency.

Ecoembes is the non-profit environmental organisation that coordinates the Recycling of plastic packaging, cans and briks (yellow container) and paper and cardboard packaging (blue container) throughout Spain.

In 2019, more than 1.5 million tonnes of plastic, cans, briks, paper and cardboard packaging were recycled nationwide. Thanks to this figure, numerous environmental benefits were obtained, such as avoiding the emission of 1.67 million tonnes of CO2 into the atmosphere – the equivalent of the total amount emitted by coal-fired power stations in Spain for two months – or saving 6.37 million MWh. In addition, 20.74 million cubic metres of water were saved. 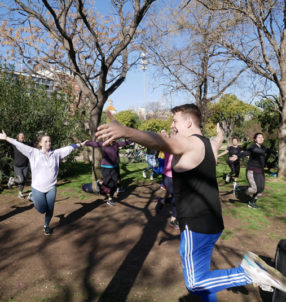