You are here: Home  /  Health  /  EXCLUSIVE INTERVIEW WITH THE LATE ‘BAREFOOT DOCTOR’ IN IBIZA
Health 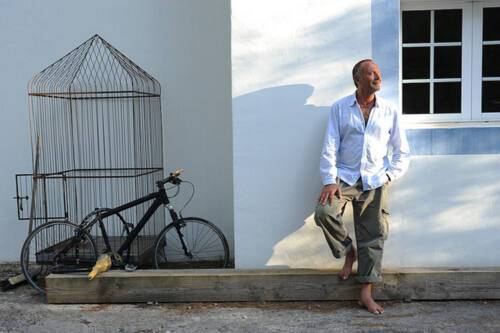 EXCLUSIVE INTERVIEW WITH THE LATE ‘BAREFOOT DOCTOR’ IN IBIZA

24/7 Valencia: Could you tell us something about your background, experiences, travels?

The Barefoot Doctor: Yes, I was always awake, like the Buddha but more North London in my style and at 6 heard the background radiation wave, the soundwave the universe is built on, 50 octaves below human hearing and which the AUM of the yogis is meant to replicate – it was spontaneous yet not surprising and in my child’s mind I described it as God talking – its message was that somehow I’d been spared the everyday trance most people had fallen into and it was thus my duty to remind others of their connection to Source.

Otherwise, I was a fairly ‘normal’ kid, growing up in the ‘holy hills’ of North London, playing in the streets and fighting a lot. On account of this pugnacious proclivity, in 1965 when I was 11 my dad, a keen boxer, introduced me to an old Japanese healer he knew who’d come to London to set up a practice and teach Aikido. I studied Aikido with him, along with meditation and energy healing, which I took to like a duck to water. I became a young hippy in 1967 and that led to eastern mysticism, which led to yoga, which led me to meet RD Laing the infamous psychotherapist, who took me on as a student, during which time, I also switched from Aikido to Tai Chi, Xing Yi, Pa Kua and White Crane, the Taoist internal boxing forms, all of which I still practice and teach.

After training with RD Laing, I went to live with the Native Americans, the Taos tribe in New Mexico for four years, where I studied shamanism. I also apprenticed to a master of Chinese medicine. I qualified as a doctor of acupuncture and energy medicine in 1983, returned to London, set up what turned out to be the busiest practice in the UK, maybe the world, treating celebrities ranging from Madonna to the Pink Floyd.

All the while, I was developing my own musical and performance skills, running experimental live mass drumming and dance events, workshops, seminars, talks and all sorts all over the world. In 1997 I started writing – ‘Handbook for the Urban Warrior’ was my first and I’ve now had 14 books published. I’ve travelled all over the world, teaching, helping and entertaining people, lived in upland Catalunya for five years and am currently living between the UK and Ibiza.

What is Taoism and why is it relevant in the 21st century?

Taoism is not a religion, even though some jokers have tried to turn it into one over the centuries – what it is, is a collection of mind-body-spirit techniques and disciplines supported by a clear philosophy based on yin and yang. The most well known Taoist disciplines are Tai Chi, acupuncture and feng shui. Although it developed thousands of years ago in ancient China the techniques and philosophies are even more relevant to the struggle of modern day life, especially as we face up to the unprecedented complex of crises threatening our very survival. Taoist practice focuses on maintaining yourself in a state of balance, physically, mentally, emotionally, professionally, creatively, financially and socially. The practice is easy and simple to do yet highly effective and in essence makes you younger and lighter as you grow older (and more practiced with the techniques).

It’s a beautiful island discovered by the ancient Phoenicians and named after their god of dance and music, Bes, ever since which, it’s been a party island for every crew who subsequently occupied it.

Following the British rave wave of occupation in the ‘90s it’s now struggling to find its new identity. Currently it’s flirting dangerously with being the more drug-oriented version of St Tropez, a dubious paradise for heavily self-medicated pretentious lost souls with big boats and absurd amounts of money to waste on the over-inflated prices charged for almost everything, but somehow still retains its underlying magic.

One of the more magnetic points on the planet, not only does it magnetize all sorts of characters to its shores, at least between June and October, it also seems to be a powerful point from which to transmit energy to the world, which is why I’m there, as well as to complete the two main music projects I’m currently working on…

It’s a madhouse, full of people many of whom would no doubt normally be under supervision in a mental ward, but if you know that and know how to deal with it, without it rubbing off on you too much, living there is one hell of an experience, and I’d strongly recommend it to anyone with an adventurous spirit and a well-developed sense of humour.

What did you learn about life from your recent near-death experience?

Nothing much on the intellectual level – I already knew life is precious and to not waste a second of it complaining or feeling sorry for myself – I already knew there was no point holding back from the full adventure for fear of inconvenience – but subsequently, during the recuperation phase, I’ve discovered myself as someone entirely new and fresh as if I’ve been given a new ease and lease of life – my fear levels have dropped and my courageous spirit has become outrageous.

What are your plans for the future and what advice do you have regarding the economic crisis?

I don’t make plans – I roll with the flow at all times – I don’t even know where I’ll be tomorrow, or at least the day after tomorrow – I am fully surrendered now to following the Tao, the Way wherever it shunts me – but my intention is to contribute the most possible this lifetime, to the well-being, warmth and enlightenment of my fellow humans, to spread as much love as humanly possible – how I’ll be doing so specifically will be through a couple of new books, some new online courses, a couple of new music releases, live events and all sorts.

As for the economic crisis, firstly don’t blow it out of proportion – if you want to worry about something, worry about the ecological crisis, as that’s the biggest challenge the human race has ever faced, it’s just that we haven’t quite realized what’s going on yet with it.

Meantime, always visualize money pouring down from the sky on your head and forming a huge pile around your feet – keep doing that all the time, trust the Tao, the universe loves you, be willing to be flexible and adaptable, don’t care too much about status and self-importance and by and large you’ll be fine on that score – it’ll be bumpy but we’ll get through it somehow in other words. The real challenge, as I say, is how we’ll deal with the changing climate and all the ramifications of that. 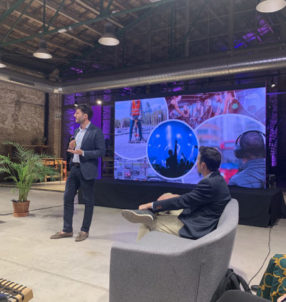