You are here: Home  /  History  /  EXPULSION OF THE MORISCOS…
History 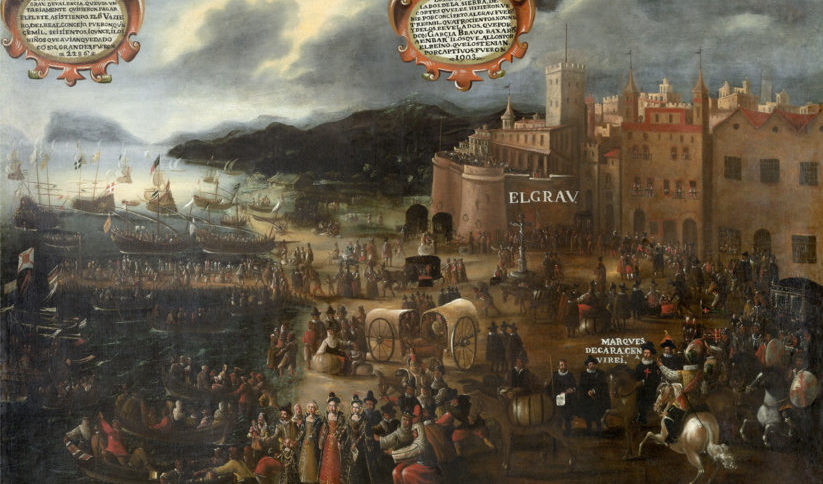 EXPULSION OF THE MORISCOS…

##In 1609, a cruel and traumatic turn of events saw one third of the Valencian population expelled from Spain never to return. “La expulsion de los Moriscos” (Morisco being a Spanish Muslim who had converted to Catholicism) changed the make up and even the landscape of the Valencian community dramatically and forever.

Three centuries earlier, King Jaime I of Aragon had captured the city of Valencia from the Muslims and had signed a treaty with the defeated king Zayyan. Amongst other things,  it recognised the Muslim population’s rights to stay in the city, maintaining their language and religion in return for allegiance to King Jaime and observance and respect for the new Christian laws.

Such tolerance didn’t last for too long and it was soon obvious that the Muslims would only be accepted if they played along with the ruling Christian elite. The Koran permits its followers who live amongst “enemies”, or those who would put themselves in danger if their faith were to be revealed, to hide their beliefs. Complying when possible with the demands of their religion in secret and even practicing other religions. In most circumstances this seemed to be the best option for any Muslims living in Valencia throughout the three hundred or so years after the conquest.

Most Christian converts or “Moriscos” lived, for the world outside their front door, as Christians. They spoke Valencian or Castilian, were baptised and married in Christian churches and they had Christian names. They would even celebrate the Christian Saints, drink some wine and eat the odd bit of jamón (something, of course, a Valencian would never see as a sacrifice). Their true religion was practiced behind closed doors. Secretly, or at least very discreetly, they would keep their Muslim names, often speak Arabic and, observe their own ceremonies make their prayers and eat meat that had been prepared and slaughtered according to their traditions. This sort of double life went on from generation to generation for nearly three and a half centuries.

These people lived in peace with their Christian neighbours and there were few or no physical or racial differences to speak of, they all for the most part descended from the Iberia-Romans who had been invaded by first the Goths and then the Moors. Yet, as the descendants of Muslims, they remained an underclass. This stiffened their resolve to keep their true religion alive in their homes. They felt that this was their land and it had been taken from them, a land that the Muslims had previously ruled for nearly 800 years.

When Muslim Barbary pirates attacked the Valencian coast some Moriscos would secretly celebrate the attacks and some even collaborated with the “corsarios” like the infamous Dragut “the admiral” still remembered in the folklore of places like Cullera for his ferocious assaults on the town.

Predictably, rumours soon spread that these “new Christians” were a fifth column living amongst the people of Spain ready to help invaders from Turkey or North Africa. Some things never change, do they? Gradually these feelings became stronger and more prevalent and, in 1582, Phillip II raised the question of expulsion of the Moriscos.

This didn’t happen at once, there was much debate about how the “problem” could be solved. Some of the suggestions bandied about show the scale of the growing hatred towards the Morisco population. In 1587 Martin de Salvatierra, the pious and god-fearingly charitable  Bishop of Segorbe, proposed they should all be castrated and shipped off to Terranova. That same year Doctor Fidalgo a prior of the Order of Calatrava suggested they should all be put on a boat to America, which would not be sufficiently seaworthy to complete the crossing and the problem could be “washed away” at sea. It wasn’t until 1609, with clergymen frothing at the mouth and getting more and more excited as they thought up ever more dastardly plans for the Moriscos, that the order for their expulsion was finally signed by the new King, Phillip III. And the first place they’d be expelled from was to be Valencia. More Moriscos (around 126,000) lived here than any other part of Spain.

Not everybody was carried along with the  push to see the back of the Muslim descendants. In Valencia in particular there were dissenting voices, but not necessarily out of feelings of brotherly love. This was going to be an economic disaster for the “Reino de Valencia”. Thirty-six percent of the population of the Valencian kingdom were “Moriscos” and most of them occupied the lands in the mountainous interior where farming was more difficult and yielded less, earning a meagre living which would be unacceptable to even the poorest Christians. The Valencian aristocracy protested: “Who would work these lands?” and, more importantly, “who would pay the rents after the expulsion?”

Two Valencian landowners, Felipe Boil of Manises and Juan Bereger Blanes of Canet, went to Madrid to ask the court to reconsider. Some Valencians, however, took a different view.  Juan De Ribera, the Arch-Bishop of Valencia was a staunch supporter of the expulsion. He was more of a soldier and politician than a religious man and showed little mercy to the Morisco population but, not all that surprisingly for the times, he was later made a Saint. He is still venerated in Valencia and became known as the “Patriarch” with the Plaza del Patriarca in the centre named after him.

On 22nd September 1609 the decree of Expulsion was published in Valencia with Aragon, Catalonia, Navarra and Castille to follow. The Valencian Moriscos were given just three days to make their way to the Port they had been designated and await a ship, which would take them out of the country. They were allowed to take their money and any property they could carry. Anything they couldn’t carry they had to sell at knockdown prices, as everyone knew they were desperate to sell. On the road and at the ports they were given no protection and suffered constant attacks of violence and abuse. They were easy prey to bandits who knew they were carrying all their worldly possessions.

Everything was meticulously planned. For some reason, right through history, cold bureaucracy seems to come into its own when it comes to crimes against humanity. Ships of the Spanish and Italian Navy were waiting at the designated ports (Alicante, Javea, Valencia, Moncofa and Vinaroz) along with other merchant ships, which were hired out for the purpose. Many of these taking the opportunity of robbing the Moriscos as soon as they got out of the port. From the first of October to the middle of January, 111,396 people were transported out of the Valencian region. Before the expulsion, the population of Muslim descendants in the region was around 126,000. Some had escaped and children under 6 years old were exempt. However, most of the 15,000 difference was made up of people who’d been murdered on their way to the ports.

In just a matter of months, the Kingdom of Valencia had lost 36% of its population. It would take more than a century to return to the population figures of 1609. The interior mountain regions where the Moriscos had cultivated the land became deserted and more than 200 villages disappeared forever.

As for the Moriscos themselves, in many cases they found even more suffering at the end of the journey. Many of them were imprisoned, killed or sold as slaves when they arrived at the Muslim countries they were sent to. The powerful Turkish Empire took no interest in their plight. Morocco was immersed in a civil war and in Algeria they were attacked and robbed by nomadic tribes. One place they were well received was Tunisia where they settled, especially in the Tesur valley and made a significant contribution to the country.

This was one of the darkest moments in Spanish history but, despite this cruel attempt to eradicate it, 400 years after the expulsion the influence of the Islamic civilisation is still evident in modern Spain in its language, traditions and culture.