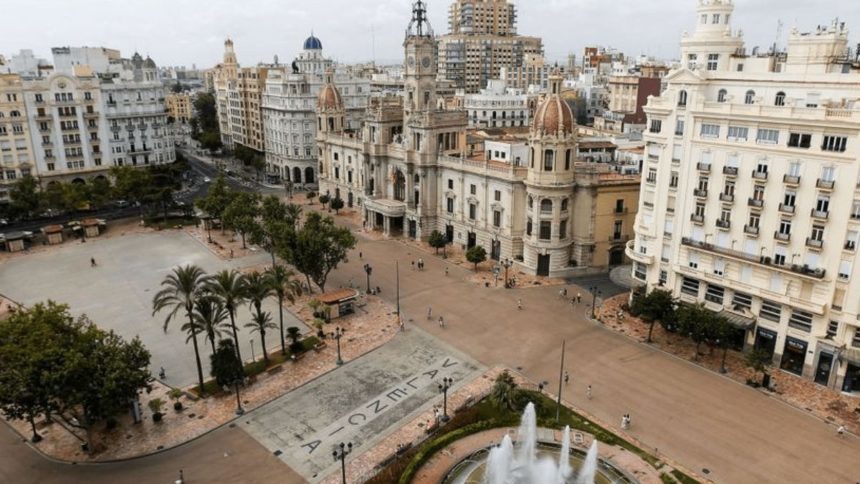 Valencia hosts a great festival with current affairs and culture open to all audiences in September! The celebration of the ‘elDiario.es’  newspaper’s 10th anniversary presents a wide-ranging agenda of events that includes concerts, round tables, conferences, live podcasts, family activities and other innovative formats. Jane Goodall, Noam Chomsky, Maria Blasco and Margarita del Val will take part in the event. Kiko Veneno and Ariel Rot offer a free concert. El Gran Wyoming, Javier Gallego from ‘Carne Cruda’ and the Mongolia magazine show are among the names on the bill.

The Town Hall Square (Plaza Ayuntamiento) is the great public space of the event, open to public participation. The Palacio de Comunicaciones and the Teatro Principal are the other meeting points. The  Festival was made public this week, a meeting that elDiario.es is organising in Valencia on the occasion of its 10th anniversary. It features the participation of big names from different fields of society, from feminism to politics, science, thought, culture and  journalism.

Personalities of the stature of Jane Goodall and Noam Chomsky, writers such as Isaac Rosa and Belén Gopegui, communicators such as El Gran Wyoming and Javier Gallego, popularisers such as Elsa Punset, Bob Pop and Moha Gerehou, scientists such as Margarita del Val and María Blasco, and politicians such as Yolanda Díaz, Ada Colau, José Luis Rodríguez Zapatero and José Manuel García-Margallo will share their opinions and expertise with those who come to the conference. The editors of the Italian daily ‘La Reppublica’, the British newspaper ‘The Guardian’ and the Argentinean ‘Play FM’ will talk with the director of elDiario.es, Ignacio Escolar, on the opening day of the 22nd, which will give way to the festival, which concludes on Saturday the 24th. Some fifty top national and international guests will take part over the three days of the event.

Live podcasts and other formats to suit all tastes

With a varied combination of formats, the Festival gives a voice to prominent figures in current affairs, but also to citizens who wish to attend any of the activities on the calendar, which are free and open to the public. Among the topics to be addressed are the future of cities, recycling in a consumer society, feminism in the present, the value of health, the possibilities of science to safeguard the world, racism and the most vibrant current affairs.

Journalism, thought and culture in a palette of activities ranging from the dialogue between the Gran Wyoming and the master paella maker Rafa Vidal during the preparation of a paella, to the MIC (Inspirational Monologues for Change), a series of interventions by popularisers of different profiles.

The online conversations with the ethologist Jane Goodall, internationally renowned for her relentless defence and protection of primates, or with Noam Chomsky, philosopher and activist of worldwide prestige, are two of the highlights of the festival. The Mayor of Valencia, Joan Ribó, will talk with his Barcelona counterpart, Ada Colau, about the sustainable future of cities. The participation of the President of the Generalitat Valenciana, Ximo Puig, the Second Vice-President of the Government and Minister for Employment and Social Economy, Yolanda Díaz, and former President José Luis Rodríguez Zapatero will add to the agenda of topics to be discussed.

The festive nature of the meeting is accentuated by the special free concert that Kiko Veneno and Ariel Rot are giving in the Plaza del Ayuntamiento as part of their ‘Un país para escucharlo’ (A country to listen to) tour. On the musical side, there will also be a session by the Valencian LeyDJ. This is also the first time that ‘Diario Vivo’, a new format that turns journalists into protagonists, as it is they who take to the stage to narrate their experiences and the ins and outs of their profession. On this occasion, it will be the journalists from elDiario.es themselves who will take to the stage of the Teatro Principal to share their experiences with the audience, the only activity on the bill that requires the purchase of a ticket. This proposal bases its strength on the first-person narration of unique  memories.

Next to the main stage in the Town Hall Square, a ‘gastro’ area with bars and food trucks will be set up during the three days. In addition, there will be different areas with activities for all audiences, from workshops for children to a solidarity tent.

The Festival has the support of the Generalitat Valenciana, the Diputación de Valencia and Valencia City Council, as well as private entities and companies.