You are here: Home  /  Sports  /   GAY GAMES TO BE HOSTED IN VALENCIA
Sports 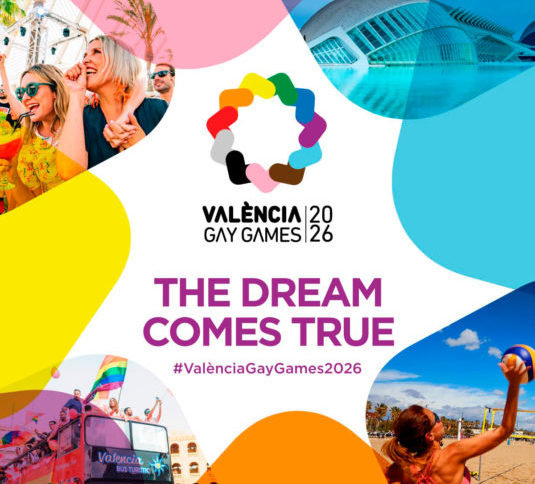 GAY GAMES TO BE HOSTED IN VALENCIA

#Valencia has won the bid to host the ‘Gay Games’, an international sporting and cultural event which occurs every four years. Created by American Olympian Tom Waddell in 1980, The Games aim to promote and increase appreciation and support for the LGBTQ+ community. Succeeding over other finalists Munich (Germany) and Guadalajara (Mexico), Valencia will follow this year’s host, Hong Kong, to hold the international event in 2026.

For 12 days between May and June 2026, Valencia will be the diverse and inclusive location of the Gay Games. Including 36 sports and 11 to 15 cultural events, The Games welcomes athletes of all sexual orientations, races, gender identities, sex, religions, nationalities, ethnicities, ages, athletic abilities, or disabilities. The Games’ list of included sports is long, and includes water sports, martial arts, team sports such as beach volleyball and soccer, and individual sports such as fencing and golf. Indigenous sports such as Valencian Pilota or Colpbol are also represented, alongside novel sports like e-sports and Quidditch.

Open to anyone over 18 years of age, The Games has been a safe sporting space for LGBTQ+ participants since its first iteration in the United States in 1982.

“Making the presence of the trans community visible and normalizing it in sport can be an escape route for many people who are having a hard time,” said Jessica Millaman, a hocky athlete from Argentina who, as a trans woman, is banned from professional leagues.

Valencia has been chosen as host for The Games “because of the values that represent it: we are a tolerant and inclusive city, a place where everyone, without exception, can enjoy a wide range of cultural, sports and leisure activities,” said President of the FDM, Pilar Bernabé.

The strongest aspect in Valencia’s bid to host The Games was their campaign video. Produced by Visit Valencia, featuring Rigoberta Bandini’s latest hit song ‘Perra’, the video goes through each colour of the rainbow, showing imagery of the sport, culture, and colour of Valencia.

The city can hope to draw both tourism and international athletes from the event, with a predicted 15,000 athletes, 100,000 visitors, and €120 million. During the Gay Games 2018 in Paris, 75% of the participants were international, and the same can be hoped for from Valencia’s Games.