You are here: Home  /  Sports  /    HIGH LEVEL OF ‘REMO’ IN THE IV REGATTA OF THE SUMA LEAGUE IN VALENCIA
Sports 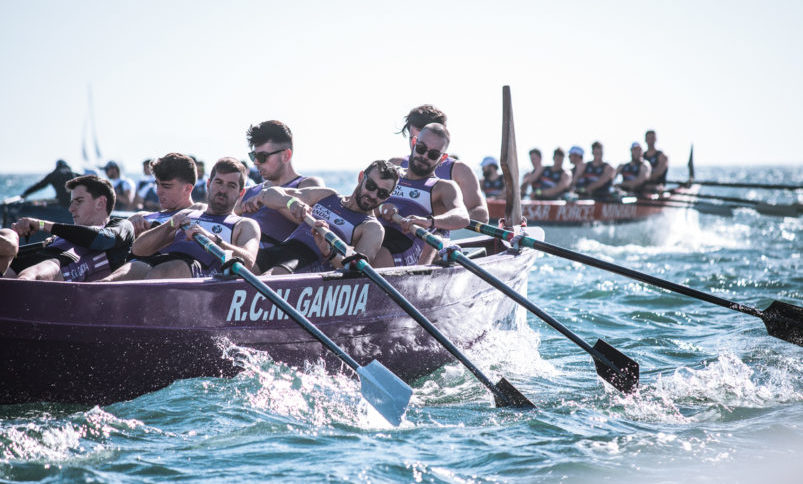 Valencia has been the starting point for the 2023 season of  autonomous rowing, with the celebration of the IV Regatta of the SUMA League Banco Fijo del Mediterráneo that took place on Sunday, January 15, in front of the facilities of the Real Club Náutico de Valencia. It was an open sea test in which more than 450 participants got on the Falucho Llaüt Valencià, a style originating from the Levantine tradition and in which eight athletes and a helmsman participate.  The regatta, like the entire competition, was organized by the Remo Federation of the Valencian Community and is sponsored by SUMA Tax Management.

Despite the intense wind that blew throughout the morning in the Playas de Pinedo and l’Arbre del Gos, where the regatta was held…it was not an impediment to most of the rowing. At nine in the morning, the rowing day began with the departure of the groups of cadets, who completed a two thousand metre journey. A combination of Alicante Costa Blanca Nautical Club and Santa Pola Nautical Club participated in the women’s manga, while Real Club Náutico Valencia participated in the men’s race. The host team also completed the Mixed Promotion Category test.

The Veterans’ outings were the largest, with a total of 25 representatives. The women of Real Club Náutico Torrevieja and the men of Club Rem Denia were victorious. In this and the rest of the tests, the requirement increased to 5,000 metres away. On the other hand, Real Club Náutico Denia participated in the men’s youth category and Real Club Náutico Valencia won the Mixed Gender Promotion test.

The regatta closed with the absolute category. Sectió Esportiva Universitat d’Alacant won in the women’s race, with a final time of 32 minutes and 16 seconds. They obtained an advantage over their neighbours from Real Club Regatas Alicante and the representative of Real Club Náutico Gandía, who completed the podium.

In the men’s test, the first position was for the Real Club Náutico Valencia team, which reached the finish line after rowing for 26 minutes and 22 seconds. Real Club Regatas Alicante won the silver medal and Real Club Náutico Denia finished third.

The next event of the Remo Federation of the Valencian Community takes place on January 28 and is the Autonomous Olympic Long Distance Championship, to be held at the Beniarrés Reservoir, located in the interior of the province of Alicante.