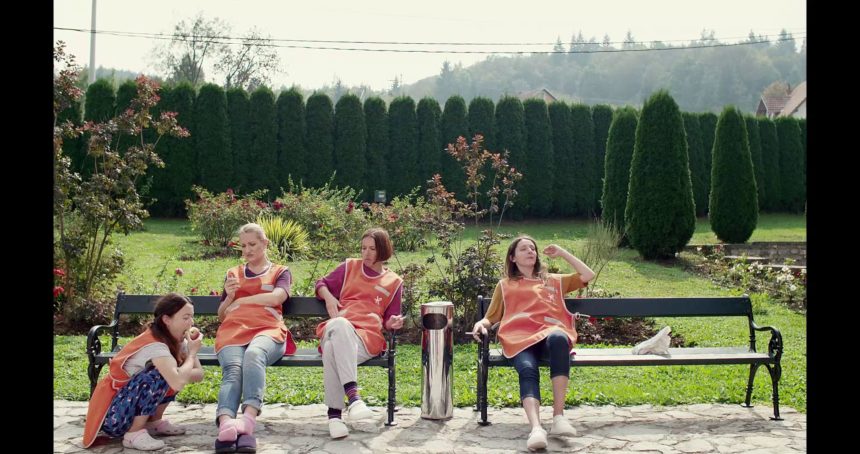 Mostra de València-Cinema del Mediterrani announces the films in its Official Competition Section. The festival, which kicks off on 15 October and runs until 24 October, consolidates its commitment to premiering in Spain the best films produced in Mediterranean countries.

The festival has announced the list of films in its Official Competition Section, which will compete for the Palmera d’Or. Twelve absolute premieres in Spain, which represent an overview of the different and most recent narrative and visual proposals of the cinematographic and geographical ecosystem covered by the Mostra.

These films have previously screened at important international competitions and explore a wide range of themes, from comedy to thriller and drama. There is no shortage of films with a strong social content, which are usual in the festival’s selection, but also others that look to the future with hope, and which make up a list marked by diversity.

“Conceived from the outset as an essential meeting point for Mediterranean film culture, the Mostra de València is consolidating its desire to become a platform for transnational talent,” says Gloria Tello, president of Mostra de València i Iniciatives Audiovisuals.

This year, the Mostra kicks off with a thriller. It is “El lodo”, a film shot in the Albufera de València, which will have its world premiere at the festival. It is the second film by the Valencian director Iñaki Sánchez Arrieta (who already competed in the festival with “Zerø”), and in it Raúl Arévalo and Paz Vega play a married couple who return to the rice fields on the east coast, partly to protect the natural area where he lived as a child.

From the geographic-social shaking to the search for answers for Islamic teenagers in today’s Egypt, the Mostra premieres the film “Souad”, by the Egyptian Ayten Amin, which arrives in Valencia after having passed through Berlin, Cannes and Tribeca, where the two protagonists of the film, Bassant Ahmed and Basmala Elghaiesh, have both received the award for best actress.

“Souad” tells the story of a 19-year-old girl who is torn between the expectations for the future set by her traditional upbringing and a parallel life based on the relationships between her classmates and friends through social networks. A singular film, capable of modulating a dramatic story and leading it in a totally unexpected direction for the spectator.

Louda Ben Salah-Cazanas’ debut feature, “Le mond après nous”, presented at the Berlinale, also offers a look at youth. A French drama tinged with romantic comedy and with elements of a journey of initiation, it stars an aspiring novelist who falls in love with an attractive student. An affective story that develops through a hybridisation of genres, combining its idealism with interesting hints of job insecurity.

Nine Antico’s “Playlist”“The Staffroom”, Sonja Tarokic’s debut feature film. A social drama in which a school counsellor who has recently arrived at a school tries to keep out of the power dynamics imposed by the headmistress, the teachers and the pupils’ parents. A wild environment in which she will have to design her own strategy to survive and work.

“Tailor”, Sonia Liza Kenterman’s debut film, takes us to contemporary Athens. It boldly tells the story of a middle-aged tailor committed to keeping his father’s trade alive in the midst of the difficulty that these crafts are experiencing at present and after the devastating crisis that recently devastated Greece. A story centred on a small world, full of details, which advocates the possibility of finding happiness.

Meanwhile, “Luzzu” is a Maltese drama with Alex Camilleri’s signature. A poignant story of real-world struggles, namely that of a man who risks everything to support his wife and newborn son by entering Malta’s black market fishing industry. The film had its premiere at the Sundance Film Festival, where Jesmar Scicluna won the award for best actor.

From Tunisia, Mehdi Hmili’s proposal proposes a journey into a Tunisian society in the midst of collapse. This is “Streams”, a co-production with Luxembourg, France and the United States, which has just passed through the competition at Cineastas del Presente (Venice) and tells the story of a woman who is released from prison after being unjustly accused of adultery.

Syria is the country of origin of “The Translator”, the film debut of Rana Kazkaz and Anas Khalaf. A suspense and action thriller that comes preceded by excellent reviews, it tackles the Arab Spring from a fictional point of view, through the protagonists persecuted by the al-Assad regime. Flight, guilt and exile weave an unsettling refugee drama, close to documentary in form, that delves into peaceful protest and is not afraid to show the failures and patches of the UN Security Council.

Bosnia-Herzegovina’s participation takes the form of the film “So She Doesn’t Live” with which Faruk Lončarević won a special mention in Trieste. It is a terrible story based on the real-life murder of a young woman in a small village. A crime of passion against a woman who wants nothing more than to live in her own way and independently, in an environment that could just as well be Bosnia as anywhere else in the world.

With echoes of Eça de Queirós, the Portuguese film “Vencidos da vida”, by the well-known producer and director Rodrigo Areias, is announced. The film takes place in a decrepit cinema, where stories follow one after the other like ghosts of 19th century cultural life. Considered by some critics as the Portuguese “Holy Motors”, it proposes a journey to the past full of reverberations that connect with Areias’ previous work, as the footage incorporates some short films previously made by the filmmaker.

The list of films in the Official Selection of this 36th Mostra de València closes with the black comedy “Heavens Above”. A co-production between all the former republics of the former Yugoslavia, filmed under the direction of Srdjan Dragojevic. In it, a simple, good-natured man suffers a strange accident in which a halo of sanctity appears above his head, while his wife tries to eliminate the miraculous phenomenon that has made him the town’s new attraction. The film, with echoes of the best Kusturica, arrives in Valencia after competing at the Locarno Festival, where it has garnered magnificent reviews.

In the words of Eduardo Guillot, Mostra de València’s programmer, “it is a great satisfaction to offer the public a selection of films such as those in this year’s edition, which offer a notable overview of the season’s Mediterranean cinema and will allow us to discover a series of titles that may arouse very different reactions, but which we are sure will not leave viewers indifferent”.

The 36th Mostra de València, which will be held from 15 to 24 October 2021, has the collaboration of the Palau de la Música and La Rambleta, has À Punt Mèdia as its official media and is accredited by FIAPF as a specialised competitive festival.