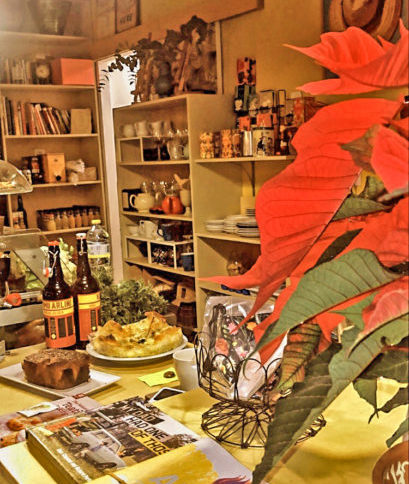 ##For expats, locals and tourists alike, La Ola Fresca is a café gem not to be missed. Compared to most café bars commonly found here in Spain, this quaint and cosy showstopper has surpassed all competition. With flairs of a British café, this place offers a freshness that is hard to come by in Benimaclet, let alone Spain as a whole.

Taking a step into La Ola Fresca is the ultimate paradise on any day, particularly on those when in need for a boost of serotonin.

Welcoming customers with its warm and mellow ambience, the homeliness of this café proves ever so comforting. Fairy lights adorn the worktops, artwork drape the walls and tea pots are scattered around for you know… that British touch.

As well as cosiness and treats of freshly-baked goodies, La Ola Fresca hits top spot for the social scene too. On Thursdays, it sometimes becomes home to an English language learning club. Here, you can expect to meet native Brits, Spaniards and other individuals across the globe! There’s no better place to meet your new social circle after touching down on Valencian soil.

I was very lucky to meet and talk with owner of ‘La Ola Fresca’, Helen Westwater. After seeing what she had created, I was eager to ask a few things.

24/7 VALENCIA: How long has La Ola Fresca been open and around for?

Was there any inspiration behind the place – the food, the décor?
Well, I guess when I moved down to Cornwall – I’ve always been very connected with the sea – from Southampton and then living in Cornwall for a long time. So, I moved to Valencia and I had lots of friends who were involved in the America’s Cup but I happened to sort of land in this area by coincidence.

At that time, there weren’t many of the sort of cafes that we tend to have, particularly in Southsea – those kind of quaintish cafes where you can just go in and have a nice cake that’s actually homemade rather than shop bought. So, I kind of felt like there was an opening for something a bit different to the normal Spanish café but I wanted it not to be an expat pad.

I wanted to kind of feel integrated into the surroundings and where I want to live. The last thing I wanted was to create a little mini-Britain. I was very lucky because at that time in Benimaclet there was a big cultural surge with some cultural places opening up and there were various concerts going on. We did quite a lot of concerts here outside, which we’ve been stopped from doing now. We created this little family and we started doing a monthly cultural agenda and then it grew naturally, but in an integrated way.

Do you want to tell me more about the entertainment that was here? Has that stopped because of COVID?
Uh, no. That’s unfortunately because of something to do with licensing laws. Strangely in Spain, live music is a controlled thing – you wouldn’t believe it but it seems like the worst thing you can do is stand up and play a guitar. The best thing is I got a sponsorship from the British Council once, to bring over a band from England, who were quite popular at the time. They came and they did like four different gigs in one day for the ‘día de la música’ as well as various other bands.

Do you have a most popular dish here or a signature dish?
Um, well I guess everyone would probably say the chocolate cake which we call ‘El Señor brownie’, which is just a brownie that is very popular here. I think I prefer the spinach and feta cheese tart which is also very popular. Now we’ve started doing Gnocchi, Boniacchi gnocchi. That’s my thing of the moment.

What do you think your biggest selling point of the place is?
The opportunity to practice English. That was something I started right at the beginning because of the bureaucracy, it took me two and a half years to be able to get the license for the terrace and um, so I had to survive off of the space that there is here.

I had to think of ingenious ways to get people to come along – luckily it wasn’t in COVID times otherwise I’d be pretty stuck. We’ve managed to attract native English speakers who because what happens when you move to a foreign country is that you tend to find it difficult to make connections. So, this is a really nice way of people – even if they’re just here on holiday – to come along and meet some Spanish people and then outside of the group, they practice – they go and now they go off hiking.

We’ve done an excursion out to a place to make paella once. On Thursday evenings, everyone speaks only in English but then outside of that, there are people who have become really good friends and they do interesting things and then they practice their Spanish as more of a tangent thing. It’s a slightly older crowd and the Spanish people that come tend to have a good level of English. They are people who are either doing their masters or who have lived in England for a bit and don’t want to lose their English. It’s not so suitable for people with a lower level because conversation is quite a difficult thing to hold.

I’ve had a look at a few of your recipes online and I’ve noticed that you have quite a few vegetarian and vegan options on there. Considering neither seems to be a huge movement in Valencia, is there a reason for your focus on this?
I generally am a bit of a reducatarian myself. I’m not strictly vegetarian or vegan but one point is as it’s a small café, it’s useful to have things everyone can eat… and I think there’s loads of cafes in Spain where you can go and have the same thing and some of those things are really good obviously but I’m not competing with those things.

Have these options proven popular at your restaurant?
Yeah, well I think Benimaclet is more that side of things- there are definitely more vegans around this area, it’s a bit of a hipster place. Thank goodness it’s changed so much from when I first arrived in Spain. Back then, a vegetarian sandwich was considered to be tuna fish, whereas now it’s really being embraced and I think there’s lots more vegetarian possibilities in Valencia, generally. So, it’s definitely a movement that’s growing, especially in Benimaclet because there are lots of students so it’s easier to do that sort of thing here.

24/7 VALENCIA:La Ola Fresca really is a must during your time in Benimaclet, so do make sure to stop by and indulge in the café’s dangerously moreish menu!

Due to COVID restrictions, opening hours may vary. 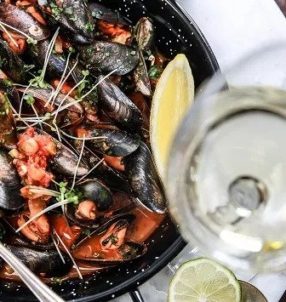