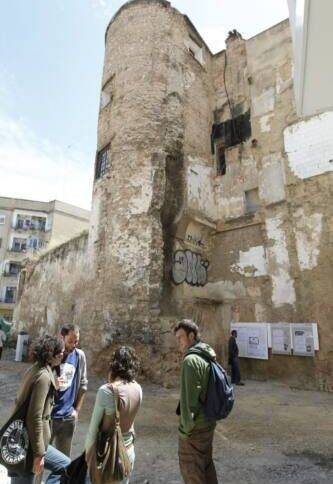 >##Valencia was a Muslim town for well over 500 years. The Moors ruled over a prosperous, expanding city but how much of their legacy remains? The great Moorish General, Tariq Ibn Ziyad, a former slave who had risen through the ranks and had already conquered most of Southern and central Spain with a small but fiercely loyal army of around 7,000 men, took control of the city of Valencia in around 714 (the exact date is unclear). No blood was shed as Valencia’s Visigoth governor Agnescio didn’t fancy his chances against the great Tariq and decided to hand the city over peacefully in return for Moorish assurances to respect the religion, customs and personal property of the citizens. Tariq named Abdulcacer al Hudzali as the first governor of “Balansiya”, which was to become one of the pearls of Al-Andalus.

Thus began a rule of five centuries until Jaume I reconquered the city in 1276. For many of the inhabitants at the time, the Moorish occupation would have come as a relief from the tyranny and bigotry of the Goth ruling classes who lived in luxury (too much eye make up, lacquered hair, black clothes and skinny jeans) while the rest of the country was on its knees. Under the more tolerant, enlightened and technologically advanced Muslims the once poverty-stricken city prospered.

Their most obvious and celebrated legacy is the “Huerta”. The agricultural lands around the city with their elaborate irrigation systems were established in the ninth century by the Moorish Kings, vastly improving on an existing Roman system. They have been at the heart of the Valencian economy, culture and folklore ever since. The irrigation channels and pipelines, built by Abderraman III and his ancestors, converted previously barren dust piles into fertile land. Bringing technology used in the driest parts of North Africa, the Moors redirected and siphoned off all the water they could find to the extent that the two local rivers, the Guadalaviar “the white river (the modern day Turia) and the Jucar “the ferocious” arrived to the sea more or less dry…with all their water channelled off to irrigate the land.

Hakam II set up the “Tribunal de las Aguas, which still sits today every Thursday at the door of Valencia Cathedral, to govern the use of the irrigation system. New farming techniques and crops were introduced. Along with the olives and grapes that the Romans had planted, Valencia began producing sugar cane, pulses, fruit, almonds and vegetables in abundance. Valencian rice was exported all over the peninsula.

The prosperity brought by agriculture lead in turn to the development of a class of craftsmen and tradesmen in the city who established industries which are now considered to be traditionally Valencian and have played an essential role in the history and economy of the city. Furniture-making, silk production and ceramics in Paterna and Manises can all trace their roots back to this period of Moorish rule.

The city was now ripe for expansion and, during the tenth century, the old Roman walls were knocked down and the city was almost entirely rebuilt. The vast majority of what was built at this time has long since disappeared but if you look closely, especially in the Barrio Carmen and the Ciutat Vella; evidence of the Moorish reconstruction of the city is all around. Part of the Moorish walls can be seen in the façade of the Iglesia del Temple (across the river from the Viveros gardens), in the entrance of the old University in Calle Comedias, under the Plaza Tossal, and inside some of the buildings along the Calle Caballeros (which unfortunately are no longer open to the public). It is most evident at the Portal de Valldigna, in Calle Salinas, an opening in the Moorish walls made in the fifteenth century to connect the adjacent streets, and the Plaza del Angel where you can see a section of the wall and a tower, which was part of a gateway to the city.

Perhaps, however, more than actual buildings the most enduring architectural legacy of Moorish Valencia is in the layout of the oldest parts of the city which follows the Moorish design of labyrinthine, narrow, winding streets (providing shade from the midday sun) turning back on themselves or coming to a dead end. With the exception of the longer straight thoroughfares which lead to the Great Mosque (the modern day calles de Serranos, el Mar, Caballeros and San Vicente) each street was inhabited by members of the same community of tradesmen or even the same family leading to nowhere in particular or winding round to “Azutcats” or cul de sacs. Anybody who has lost their bearings stumbling around the Carmen after a few too many Aguas de Valencia will readily testify to the lasting influence of the chaotic Moorish town planners.

Balansiya had two bridges over the Guadalaviar (the Turia river) where the Serranos and Trinidad bridges stand today. There were a number of mosques which were later converted into Christian churches by Jaume I. The Great Mosque was on the site of today’s cathedral and many other Valencian churches such as San Juan del Hospital, Santa Catalina and San Valero in Ruzafa were once Mosques. As a clear indication of the religious tolerance of the Moorish kings, there was also a synagogue in the Xerea and a Christian church, San Vicente de la Roqueta, which still remains on the Plaza de España, the oldest church in the city. Not all citizens were quite as tolerant as their Muslim rulers; the Moorish government had to intervene on a number of occasions when the Christians attacked the Jewish Community. There were also more than twenty public baths which fell into disuse after the Moors had left. During Christian rule in the middle ages when people only had a bath once or twice in their life when they got married and when they got baptised. The only surviving Moorish baths are the recently restored Baños del Almirante in Plaza de Napoles y Sicillia.

Just like their modern day counterparts, Valencians under Muslim rule jumped at the chance to get off to the country at any opportunity especially during the summer months. Whereas nowadays people head out to their “pueblos”, to the beach or up to the mountains, under the Moors the countryside was closer to home. “Munyas” or country retreats were set up within a few kilometres of the city walls, many of which would today be within the city’s boundaries. There were famous Munyas near the channels of Mestalla and Algiros and the royal retreat was where the Viveros gardens are now. Further up the river, near the Escuela official de Idiomas the gateway to the country retreat of Princess Zaydia still stands on a roundabout by the side of the main drag. Once a quiet place to get away from it all, it is now surrounded by sixties apartment blocks and heavy traffic. One of the most famous Munyas was Ruzafa, built for Prince Omeya Abd Allah al Balansi whose lands extended throughout the region and into Murcia and Catalonia.

As well as the landscape and make up of Valencia, the Moors left their mark on many aspects of Valencian life. Twenty five per cent of words in Spanish (like “aceite” and “alfombra”) have Moorish roots, place names like Benidorm or Albufera and surnames like Albelda or Alborch also come directly from ancient Arabic. Horchata, turron, oranges, rice and, some claim, customs such as shared dishes like paella and Valencia’s bustling street life can also be traced back to the Moorish way of life. Even that most Valencian of expressions “Xe!” has its roots in Arabic. The Chinese invented paper and the Moors introduced paper to Europe via a paper mill in Xativa, Valencia. That’s quite a legacy. 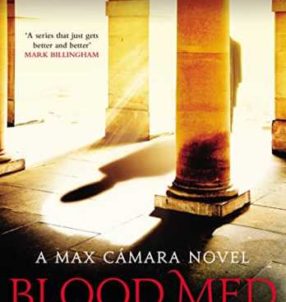