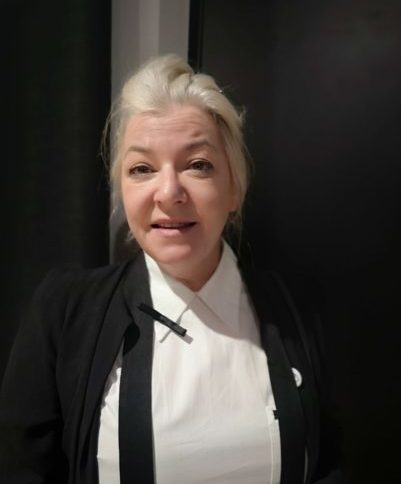 24/7 Valencia: What is your relationship with Spain?

Lynne Ramsay: My relationship with Spain goes back a long way. It was the first place I visited outside of my native Scotland. I’ve always loved Spain. I even had a Spanish boyfriend who came over to Scotland to see me. Obviously, he found the weather grey in Scotland compared to Spain! However, there is something that connects the Spanish culture with the Scottish one. We also have a Catholic culture, that close-knit & extended family set up that is similar in both countries. The food is better in Spain! Scottish food is horrible…

I’ve lived in Spain for periods of time, in Cadaqués and Barcelona. I came over to Spain with my best friend, an Italian woman, to co-write the script for ‘Morvern Callar’ and we had an amazing road-trip through Spain. Sadly, my co-writer Liana Dognini died at a relatively young age but I have great memories of our time in Spain. It’s a special place for me.

24/7 Valencia: Where did your interest in books & films begin?
My family was quite working-class but they were big movie-goers. They loved Hitchcock. I have a memory of hiding behind the sofa, seeing the Nicolas Roeg film ‘Don’t Look Now’. I was only seven years old but I remember the scary opening scene. My favourite book, growing up, was ‘The Picture of Dorian Grey’ by Oscar Wilde. I think I must have read it about 25 times now. I loved ‘The Idiot’ by Dostoevsky.

I’m currently making a film based on a short story by Margaret Atwood called ‘Stone Mattress.’ Short stories lend themselves well to film because of the tighter structure. On the other hand the film ‘We Need to Talk About Kevin’ was from a much longer novel, which made it more difficult to adapt to the screen. I’m also doing a film based on the Stephen King novel ‘The Girl Who Loved Tom Gordon.’ I’ve just finished the script but I think it needs more work…another draft at least.

24/7 Valencia: What was it like directing Joaquin Phoneix in the film, ‘You Were Never Really Here’?
I just love him. He’s one of the best actors going. He’s super-exciting! You just don’t know what going to happen next with him. You’ll direct a serious scene… and he’ll do something really funny. … and then you’ll do the next take and he’ll do something that is really dark. The hair on the back of my neck was standing up.

He’s tough, man! He’ll tell you: “This is bullshit!” (over and over) …and make you question everything and yourself too. But then you’ll end up feeling stronger because you know he’ll make the right decision. I’ve never met anyone like him and I can’t wait to work with him again…but I also know he’ll torture me all over again! He kind of drives you crazy but he does it for the right reasons…because he makes you a better writer and director.

24/7 Valencia: In terms of influences on your films, do you watch much television?
Yes, I watch a lot of world news. I’m always watching international documentaries or news about the world. When the whole ‘Trump’ phenomenon was going on, I got completely obsessed with the American Presidential elections and the same with the pandemic too. However, everything starts with the family really…the idea of a “Greek Tragedy” can be applied to the family unit…and I think that kind of approach comes up in my film work.

24/7 Valencia: How does it feel to have been awarded the Cinema Jove ‘Luna de Valencia’ prize for your film work?
I’ve always wanted to come to Valencia and it’s lovely to be able to see my mum again here in Spain, who I have not seen for a year now. Regarding ‘Luna de Valencia’ I’m very happy to have received it but I hope that it is not a “lifetime-achievement award” as I do plan to make some more films! (laughs).

24/7 Valencia: Do you ever feel you have been categorized as a film director in some way?
I see myself as a filmmaker, first and foremost. I had trained as a photographer when I started out. It was only when I went to the Cannes film festival that I was asked questions like: What does it feel like to be a woman film director? What does it feel like to be Glaswegian? I mean, it’s not as if I have a wooden leg! Maybe I have got more shit for being a Scottish woman film director, I’m not sure. In the UK, it’s mainly privileged white guys that went to Oxford that are doing it…but I feel I have as much talent as them.

Regarding women filmmakers, I recently read a script by a 20 year old Asian woman and I was blown away by it. It was the best script I had read in 15 years. I think it is really positive that there are more young women directors at film festivals now, whereas before it was nearly always guys at those events. As a producer, I like to help young filmmakers whatever their gender. For example, Barry Jenkins who directed ‘Moonlight’ …and he’s a much better filmmaker than I am!

What about your relationship with actors you have worked with?
Even though my films are often about screwed-up outsiders to a certain extent, I’m always looking for the human element that unites us all. Working with actors like Joaquin Phoenix and Tilda Swinton has been very emotional and rewarding because they really believe in what you are doing and submerge themselves in the work too and they take you on the journey with them.

Tell us more about your short films…
I’ve always loved the short story and short film format. For example, I remember taking Ian McEwan ‘First Love, Last Rites’ collection of short stories off the bookshelf at a friend’s house and finding them amazing. When I was at film school, there were filmmakers who had more money than the rest of us because of their backgrounds. There was a certain “super-style” at the film school that the wealthier filmmakers followed, films with big budgets and snazzy productions and with a twist in the tale. I found that boring and it got me interested in directing shorts, the idea of making something that is compact and beautiful and that exists in its own right… rather than a “calling card” to get a job at the BBC.

It takes a certain brilliant kind of skill to make an effective short film. Because of its limits, it has to be kind of perfect from start to finish. It either works or it doesn’t. It’s scary making them and I always get nervous doing them. However, if you are not nervous during the process then you are probably not putting everything you’ve got into making them. You can’t be casual about filmmaking. I’m currently making a film about a cruise-ship and it’s amazingly fun but you’ve got to do your homework! I’m looking closely at all the details… the design, the velvets, the colours, what people are eating, everything!

You are well known for your distinctive imagery and the colours in your films. Do you see yourself making a film without dialogue in the future?
Yes, I would like to do that. I love silent movies. Carl Theodor Dreyer is one of the greatest film directors that has ever lived. His silent movie ‘The Passion of Joan of Arc’ is still so modern and powerful. Even thinking about a passionate scene from it makes me shiver. I learnt a lot from the silent filmmakers and that includes Hitchcock. In ‘Rear Window’, there’s like three shots that tell you everything you need to know.

What is your relationship with your own films?
Maybe they are all a bit like children, they are all different. Maybe one is uglier than the other but you love them all the same! You really have to believe in them and be excited by them, if you are going to stick with them. It’s a long process, sometimes it can take four years so you better be convinced with the outcome.

I spoke to the Polish film director Pawel Pawlikowski, a really nice guy who had won an Oscar for ‘Ida’ and he told me that you really have to live with your films for so long and love them too. Like me, he remembers starting an idea and 3 years later realizing it was actually bullshit and therefore not making it into a film.

My first feature film ‘Ratcatcher’ is probably the one that defines you and that’s probably my best film! On the other hand, I don’t like to think that way, as I think there’s probably a better one around the corner! My favourite feature film is ‘Morvern Callar’. I watched it recently with young people in a cinema theatre and they were laughing and getting it. It was ahead of its time. The film people had wanted me to include lesbian sex scenes in it, which I found offensive and refused to do as it was actually about female friendship. Suffice to say, the film people did not promote the film well at the time and actually did a terrible release……the one that got away. Samantha Morton was an incredible actress too and combined excellently with the non-actress (Kathleen McDermott) who was working as a hairdresser at the time and had never been involved in any films before.

Can you tell us about working with Tilda Swinton?
She’s resilient and amazing! Tilda knows all about lighting from working with Derek Jarman and is quite tall… so she’s great at expertly dealing with high-up lights that are hard to reach during filming!

She knew I was making a film and she had read the book ‘We Need to Talk About Kevin’ and she took me out for lunch and said to me: “Please, I want to be in this movie…” and I went: “Okay!”

Any advice for young filmmakers?
I think that you should stick to your guns. If you believe in your project then everyone else will. You are the next generation that will be making amazing movies. ¡Viva the film revolution! If you can’t get government help, take over Cannes!