You are here: Home  /  Places  /  Massamagrell will hold the 2nd International Congress on The Way of the Holy Grail 2022
Places 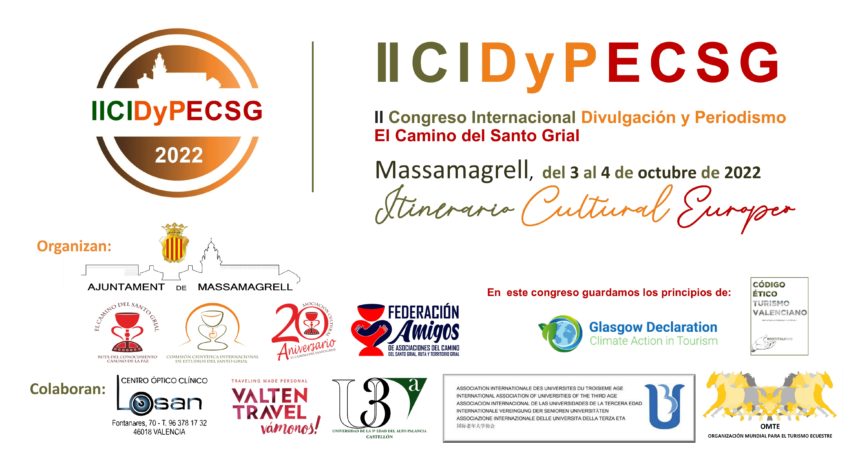 24/7 Valencia: Could you tell us more about the conference?

The relic will be studied from a scientific and historical point of view. After the success of the first edition held during THE 2nd Jubilee Year in 2020, it will feature new speakers and research.

On Monday 3 October, the Consular Corps accredited in the city of Valencia will present different ways of feeling and experiencing the pilgrimages in their respective countries. Showing their support for the initiative to make Valencia the central city of a European Cultural Itinerary that will allow us to position ourselves as the most important city in the western Mediterranean in terms of pilgrimages.

On Tuesday, 4 October, disseminators and journalists from all over the world will present The Way of the Holy Grail as a true European Cultural Itinerary that connects countries as diverse as Germany, Italy, France and Spain under the same story created from literature and anchored in the Christian religion, “the search for the Holy Grail”.

According to the organisers, this conference aims to present and examine in depth the scientific research carried out on the route of the Holy Chalice of the Last Supper, which is kept in the Cathedral of Santa María in Valencia, and its implications in Europe.

The event will bring together renowned experts from different disciplines who will address the study of the sacred relic from the motive that moves people to make a pilgrimage, a journey.

The congress is organised together with the Asociación Cultural El Camino del Santo Grial, the International Scientific Commission for Holy Grail Studies and the Federación Amigos de Asociaciones del Camino del Santo Grial, Ruta y Territorio Grial. Over two days, the best disseminators, journalists and researchers of the Way of the Holy Grail, the sacred relic that has been kept in the Cathedral of Valencia since 1437, will meet in Massamagrell.

The Way of the Holy Grail, Route of Knowledge, Way of Peace is a reality that has been forged since 2002 thanks to the union of synergies between Aragon and Valencia from  civil society.

According to the organisers, this Congress aims to present and explore in depth the possibilities for development presented by the route of the Holy Chalice of the Last Supper, which is kept in the Cathedral of Santa María in Valencia, following in the footsteps of the prosperous Pilgrim’s Way to Santiago de Compostela.

The main route between Somport and Valencia Cathedral is called the Route of Knowledge, the Route of Peace. It is a whole route that recalls the way in which the Holy Grail was saved on successive occasions, at different times in our European history, from plunder or imminent destruction. And that salvage was carried out by people whose names we do not know today, but we know of their worth. It is therefore a path of growth in the values of Peace, Love and understanding between people. A message of universal Love that can perfectly combine its tourist and cultural version by following the itinerary of the Holy Chalice of the Last Supper, which keeps the memory of Jesus from his arrival to the Iberian Peninsula in Huesca in the 3rd century, to its current location in the Cathedral of Valencia.

A route of some 650 km that runs from France through Somport to the Royal Pantheon Monastery of San Juan de la Peña (Huesca) and crosses the whole of Aragon through Zaragoza and Teruel to reach the Cathedral of Valencia, passing through more than 90 towns in the three Aragonese provinces and up to 20 towns in two of the three provinces of the Valencian Community.

A unique opportunity to find out what the Holy Grail is and where it is, the most sought-after relic of the Western Middle Ages. As well as to know the meaning of the solidification of its territory through its history.

ONLINE TICKET SALE: II International Congress on Dissemination and Journalism The Way of the Holy Grail | 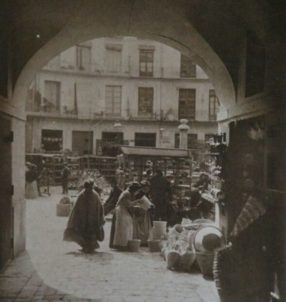