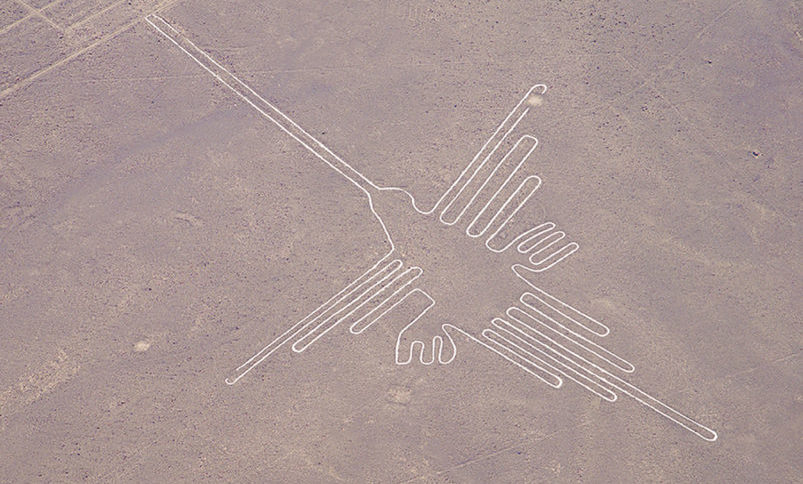 ##The mystery of the Nazca Lines of Peru unveiled! The project is to be presented in Spain by Valencian academic Dr Ana Mafé and Spanish engineer Carlos Hermida.

It will be presented at the International Congress of Cultural Tourism in Cordoba (Spain) in February 2021.

The Salvar Nazca team, led by engineer Carlos Hermida, discovers that the famous geoglyphs of Peru are a complex system of irrigation channels.

The Spanish engineer Carlos Enrique Hermida García will present in February 2021 , together with his team, one of the greatest discoveries in the world of archaeology at an international level. According to his words, “not only have we unveiled the mystery with numerous and conclusive proofs, but we have also discovered a system that can save millions of lives around the world”.

The research, carried out through civil engineering methods, highlights that the Nazca Lines are actually a complex system of channels for the irrigation of vast extensions of the desert, a pre-Inca technique already known as water harvesting. A discovery that marks a before and after in the conception that the world had of this archaeological site of Peru, some enormous geoglyphs that have become today one of the main tourist attractions of the Andean country.

Salvar Nazca, the international multidisciplinary team responsible for the discovery, is directed by Carlos E. Hermida, the main co-author is the Peruvian researcher Luis Cabrejo, and it is completed by the tourismologist and doctor in History of Art Ana Mafé García and the engineer of Roads, Channels and Ports, Xosé Manuel Carreira Rodriguez.

The project will be presented by Dr. Ana Mafé and Carlos E. Hermida at the VII International Scientific Professional Congress of Cultural Tourism, considered the best in the sector in Europe, led by Dr. and Professor M ª Genoveva Millán Vázquez de la Torre, and to be held online this coming February 17, 18 and 19 (2021) from the city of Cordoba (Spain), with the paper entitled “Archaeological Tourism in Peru: the Nazca Lines as an immense irrigation system for harvesting water-intensive crops.”

The disclosure of this study will lead us to understand from now on the famous Nazca Lines as a complex system of water management for the irrigation of vast extensions of the desert, which had the objective of controlling it and taking advantage of it in the different seasons of the year in the face of such changing humidity conditions in that region.

Salvar Nazca is a project of union of synergies between different professionals and researchers that has been carrying out field work for more than eight years. The study was carried out within the area where the Pampas de Jumana are located in the Nazca Desert. It has been necessary to collect 3750 satellite images and a mosaic of 75 rows and 50 columns has been created. The area covers a study of 2500 square kilometers. Each geoglyph, line and structure of the area has been studied respecting and comparing the official cartography of the Department of Ica.

Photo : Project Save Nazca
Detail of geoglyph in the Nazca Lines