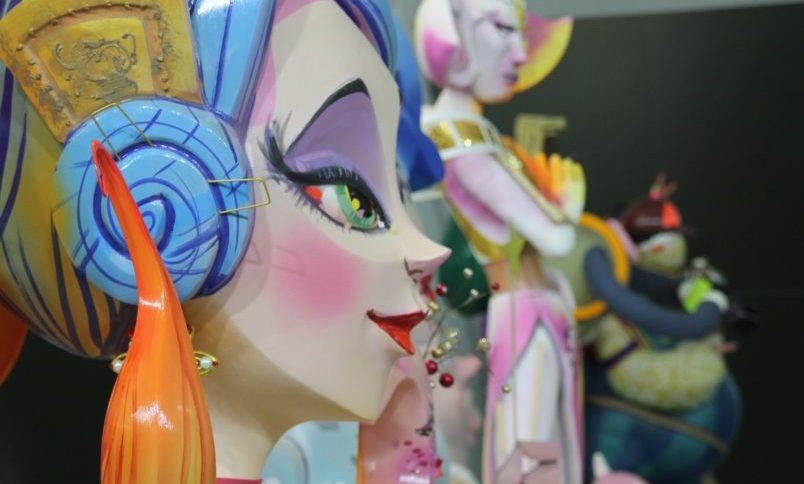 ‘NINOT’ FALLAS EXHIBITION AT ‘CITY OF ARTS AND SCIENCES’ NOW ON!

The Mayor, the Councillor for Festive Culture and the Fallas Majors of Valencia  presided over the opening of the doors of the Fallas art exhibition this week.

The Ninot Exhibition opened its doors this Thursday (February 3rd) at the Science Museum of the City of Arts and Sciences of Valencia, where it returns two years later “as a symbol of the Fallas and its return to normality”. This was stated by the councillor for Festive Culture and president of the Junta Central Fallera, Carlos Galiana, who accompanied the mayor of Valencia, Joan Ribó, the falleres majors of this year, Carmen Martín Carbonell and Nerea López Maestre, and their corts d’honor at the event, which marked the start of one of the most eagerly awaited events in the world of Fallas, the opening of the doors of the great Fallas ‘ninot’ exhibition, which every year puts to a popular vote which ‘ninots’ are saved from the flames.

Over the next few weeks, the 3,600 square metres of the Arqueries hall of the Science Museum will house the 750 or so large and children’s ninots that will compete for a pardon through the votes of the people who visit the exhibition. From today, Saturday February 5th, the opening hours of the exhibition will be from 10 am to 8 pm from Mondays to Saturdays and from 10 am to 9 pm on Sundays.

Tickets can be purchased through the usual channels provided by the City of Arts and Sciences and will be available to the general public for 3 euros and for 1.50 euros for children from 4 to 12 years old, people over 65 years old or with functional diversity and seniors of the City of Arts and Sciences, the ticket for which includes the Science Museum. The falleres commissions will be able to attend free of charge.

As has been the norm since the pandemic began in all the city’s museum precincts, the usual security measures, such as the use of masks, will be maintained.

“We are very pleased to be able to return to the Science Museum as another step towards the normality that we can already see in many other areas of the city’s daily life, such as concerts, sporting events, cinemas, theatres and museums, and now also in the context of the celebration of our big festival,” said Galiana.