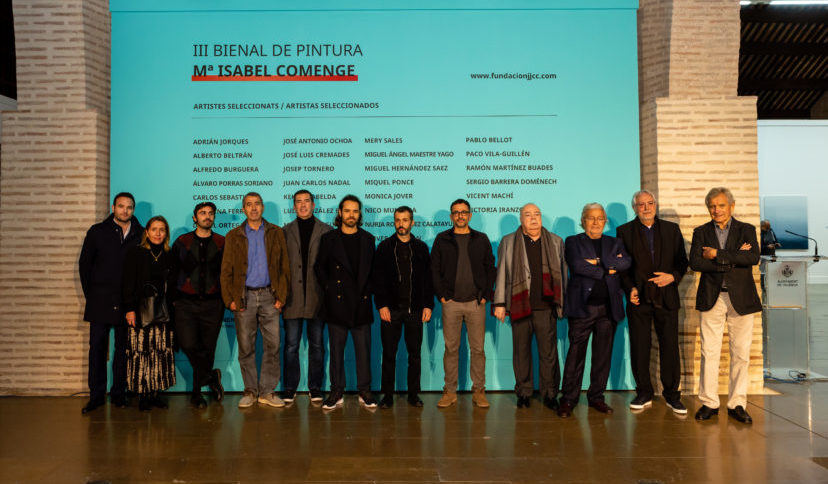 The winners will receive 15,000 euros and 7,000 euros in prize money and their works will form part of the Juan José Castellano Comenge Foundation whose museum is underway. The exhibition at the ‘Atarazanas’ of Valencia (by the port) will remain on display until 19 February next year. Oliver Johnson with the work Gross Nussknacker, 2022 has won the First Prize of the III Biennial Mª Isabel Comenge endowed with 15,000 euros. The work “S/T Common Ground by Keke Vilabelda won the Second Prize of 7000 euros and José Luis Cremades with the work Still Life and Sergio Barrera with Thizomes (Violonceous) No1, won the first and second runner-up prizes, respectively. Horacio Silva, president of the Jury and curator of this exhibition, named the winners in an emotional ceremony.

The Juan José Castellano Comenge Foundation acquires the winning works for its collection and achieves one of its main objectives, to promote and disseminate the art of the Comunitat Valenciana. More than a hundred works were submitted to this 3rd Biennial, of which 30 were selected and will remain on display at the Atarazanas del Grao until 19 February 2023.

The jury, made up of last year’s winner, Alex Marco, the curator and critic Salva Torres, the president of the Bancaja Foundation, Rafael Alcón, and the advisor to the Juan José Comenge Foundation collection, Horacio Silva, met yesterday to decide who the winners were, who will also see their works exhibited in the future museum of the Juan José Castellano Comenge Foundation (FJJCC), the only museum dedicated exclusively to disseminating and protecting Valencian Painting of the 20th and 21st centuries.

The winning work was chosen, according to the members of the jury, for its “refined technique, concept, artistic evolution and the combination of the material and theoretical part, as well as the theme that achieves the fusion between telluric and stellar nature”.  With regard to the second prize, the jury considers that it stands out for “the pictorial methodology used, as well as for the material represented”.

For Horacio Silva “the decision was quite complicated, as many of the participants are artists with a solid preparation and an exceptionally high level”. The president of the Foundation, Juan José Castellano Comenge, said he was “happy” with the new acquisition of works because, as he explained: “I am very much looking forward to sharing my collection with everyone”, and added: “Las Atarazanas is a magnificent place, but my hope is that the next biennial can be held in our museum”.

The JJCC Foundation was founded in November 2016 with the aim of contributing to the social and cultural development of the Valencian Community. Sponsored by the businessman Juan José Castellano Comenge, it has a board of trustees made up of seven members from different professional fields: notaries, lawyers, economists, art historians, businessmen and doctors. The promotion of art and social actions are the focus of the activity. 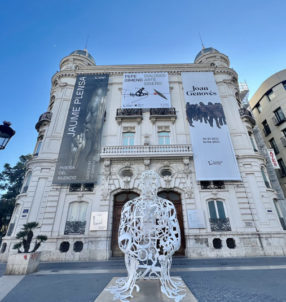