You are here: Home  /  Sports  /  Patience is required
Sports 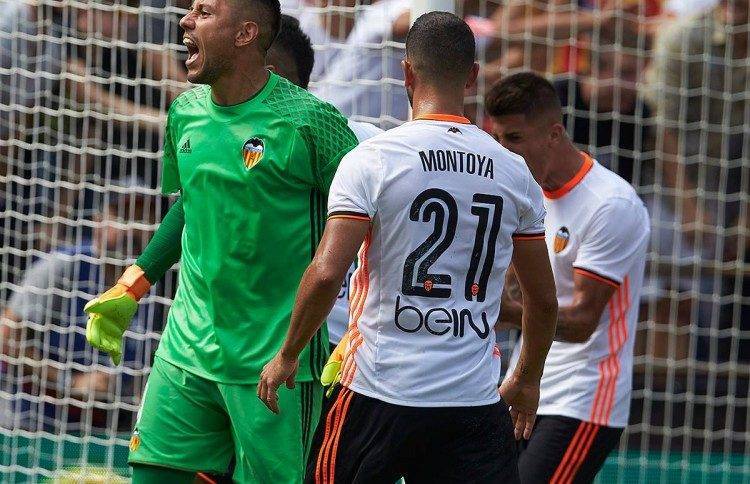 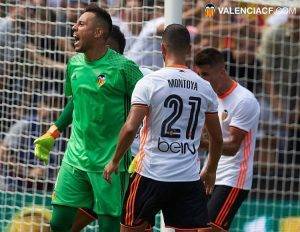 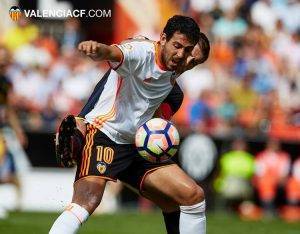 Arsene Wenger celebrated twenty years in charge of Arsenal last month and during that time Valencia have had nineteen different managers take charge of a competitive game! The latest victim of impatience was Pako Ayerstaran, who was relieved of his managerial duties on the 20th September, just four league games into the domestic campaign.

With Los Che pointless from those four matches it was inevitable that the likeable Basque would be one of the first casualties of the La Liga season. In all fairness, Valencia could have gained points from all of those matches with a little more luck, defensive prowess and tactical know how.

The team is one of the youngest in the league and has a great deal of promise but strong leadership is required in order to plug up a leaky defence that frequently looks suspect and vulnerable, especially against pace. In the home games against Las Palmas on the opening day and Real Betis in match three, Valencia played well but were punished more than once in both games on the counter-attack.
The first away trip of the season at the cosy Estadio Ipura in Eibar was also a chance missed to take all three points. Valencia missed a plethora of chances before Pedro Leon converted the rebound from a disputed penalty, initially saved by Matt Ryan, to inflict another defeat on the visitors.

A second consecutive trip to the Basque country ended with another loss. Athletic Bilbao were the better side throughout but Valencia had their chances and started brightly with a goal from Alvaro Medran in the second minute.

However, not for the first time in recent years, the visitors could not deal with the power, skill and guile of Spanish International Aduriz. The former Valencia favourite powered home a header from a corner to put his side on level terms. The San Mamés crowd erupted again just before half time, when the same player took advantage of sloppy defensive play to cutely lob the ball over the advancing Diego Alves into an empty goal.

The second period was a tame affair with both sides cancelling each other out in the middle of the park for the majority of the half. With no further goals, it ensured Valencia had no points from four games and just two days later came the news of Pako’s departure.

Salvador Gonzalez “Voro” was put in temporary charge whilst the search for a new leader began and, not for the first time, the Valencian native brought stability, calm, and more importantly, positive results to the club.

“Voro”, who has now been the club’s interim coach on four different occasions, started his latest spell in charge with a victory at home to Alaves. The game was a mediocre affair but for the first time this season luck was with Los Che.

A swirling left-sided cross by Gaya was headed into his own goal by Victor Laguardia, just before the half hour mark, to calm the nerves of the Valencia faithful. However, just before half time, Alaves levelled through former Bilbao star Gaizka Toquero.

Valencia came out positively in the second half but could not find that all elusive goal. Medran missed a good chance and Mangala hit a post as it looked like the former Valencia manager Mauricio Pellegrino would be denying the side he coached in 2012 their first victory of the season.

Enter Zakaria Bakkali. The little Belgium winger, who came on for Munir in the 79th minute, caused problems for Alaves from the minute he entered the field of play. Picking the ball up just inside the opponent’s half with two minutes to go he entered on another mazy run, cutting in from the left. His direct approach brought about a clumsy tackle from the Alaves centre half and after much delay and consideration the referee pointed for a penalty.

Dani Parejo calmly slotted the spot kick away to give Los Che the win they so desperately needed. The relief around the whole stadium was there for all to see and finally Valencia had got their 2016-17 into gear and were off the bottom of the table.

Next up for Voro and his team was a trip to the Comunitat de Madrid and a match up with newly promoted Leganes. Formed in 1928, it is the first time in their history that they have played in La Liga. They started well with a victory in Vigo and a home draw with neighbours Atletico and just prior to the Valencia game they had sprung a surprise by beating Deportivo La Coruna in Galicia.
Again, luck was with Valencia as they registered a consecutive victory in controversial circumstances. Leganes took the lead through the Argentine Alexander Szymanowski. Soon afterwards, Nani equalised for the visitors. The goalkeeper looked to have been fouled initially by Rodrigo but to everyone’s surprise the referee did not blow his whistle, leaving the converging Nani with the simple task of scoring his first league goal for Valencia on his 500th professional appearance.

Things got better for the visitors when Mario Suarez gave Valencia a second half lead, poking home a cross from Dani Parejo. The drama was not over yet because, late on, a clumsy challenge by Diego Alves gave Leganes the chance to draw level from the penalty spot.

The Brazilian keeper made amends for the foul by saving the effort from Szymanowski and in the process entered the record books for the most penalty saves (17) in the history of La Liga.
The biggest test of the season to date came when Atlético Madrid waltzed into the Mestalla in early October. The remarkable game ended in a two goal victory to the side from the capital, but not before Diego Alves had extended his penalty saving record by two more!

Stops in each half from Griezmann and Gabi earned him a tremendous ovation from the home fans, but Greizmann did gain revenge with the opening goal of the game. As Valencia pressed hard for an equaliser, Atlético regained possession and a long ball to Gameiro resulted in the French striker racing away and finishing with aplomb in time added on, to cement the victory for the visitors.
The day before the Atlético game, Valencia officially confirmed that the former Italy and Roma and Galatasaray manager Cesare Prandelli would take charge of the club immediately after that match. The former international from Brescia comes with a good pedigree and he will be looking to bolster a defence that has still to keep a clean sheet in La Liga this season.
Across the city, Levante UD have made a great start and sit clear at the top of the table after eight games. Their six victories have included the scalps of promotion rivals Nastic and Zaragoza and in their last away game they registered a solitary goal victory over Comunidad neighbours Elche.

Anyone wishing to watch football in Valencia can obtain tickets from the box offices of both clubs. Further information can be found on the following websites.
www.valenciacf.com
www.levanteud.com