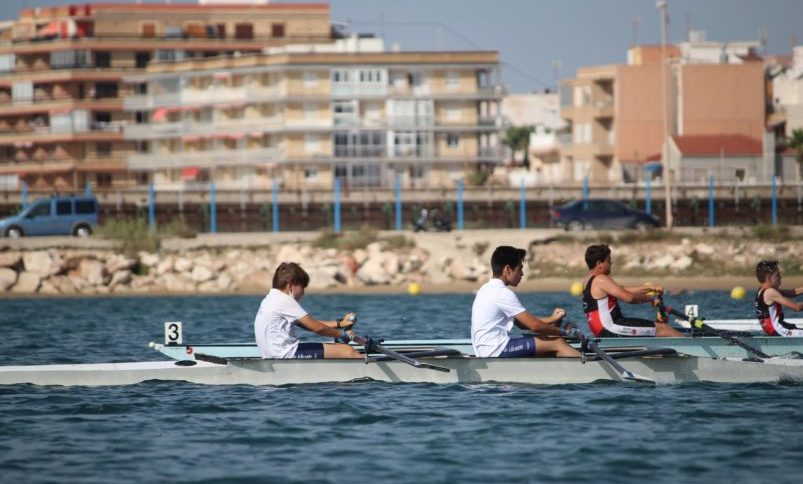 ##The Real Club Naútico de Torrevieja was the scene, last Saturday June 12, the Autonomous Championship SUMA Alevín Olympic Rowing. An event in which the base of the regional rowing could demonstrate their skills and confirm that the high level of the Valencian Federation is assured in the future. In total, 24 young athletes representing five different clubs from the coast of Alicante went out to row and had the opportunity to put on board the boat everything they learned during their early years in the world of rowing.

The regatta was held in the inner area of the Port of Salinas and had five modalities. In all of them, the distance covered was 500 metres, in a straight line course that characterizes the styles of Olympic rowing and sea rowing. In the women’s section, three heats were disputed. Real Club Náutico Calpe won the 1X and C2X races, with times of 2 minutes and 8 seconds in the first one and 3 minutes and 1 second in the second one. On the other hand, the representatives of Real Club Regatas Alicante won the 2X after 2 minutes and 30 seconds.

The men’s race held two races, which resulted in triumph of Real Club Nautico Torrevieja in the 1X and Real Club Regatas Alicante in the 2X. The local team stopped the clock in 2 minutes and 59 seconds, while the Alicante boat needed 2 minutes and 15 seconds to reach the finish line. Overall, the performance of the participants was very positive, giving a high level according to their age group and showing at all times large doses of competitiveness and camaraderie.

The next appointment of the Rowing Federation of the Valencian Community is the Autonomous Championship of Sea Rowing, which will take place on Saturday 26 and Sunday June 27 in Benidorm. A test in which children, cadet, youth, U23, absolute and veteran categories will participate.