You are here: Home  /  Sports  /  ROWING….The Autonomous Championship of Yola A4+ will be held in Guardamar (Comunitat Valenciana)
Sports 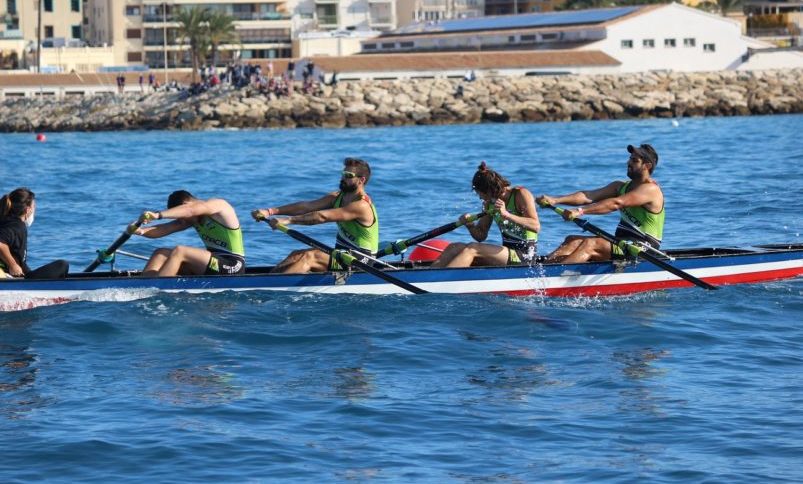 ROWING….The Autonomous Championship of Yola A4+ will be held in Guardamar (Comunitat Valenciana)

#Competitive rowing returns next Sunday 17th October in Guardamar with the celebration of the SUMA Autonomous Yola A4+ SUMA Championship. It is an event organised by the Rowing Federation of the Valencian Community and the Nautilus Experience club; and sponsored by SUMA Gestión Tributaria. About thirty boats, belonging to the categories of children, cadet, youth, senior and veteran, will compete in a race course located in a very emblematic point of the city: the Segura River in its last stretch before flowing into the Mediterranean, in front of the facilities of Nautilus Nautical Sport. The Yola A4+ rowing modality is practised on an eleven-metre boat in which there are four athletes and a coxswain.

The course will be 250 metres long and there will be four lanes, one per boat. The children’s teams will cover 500 metres and will have to complete two tacks, while the representatives of the other four categories will complete one kilometre of course and will have to tackle four tacks. The final classification will be established by times and in the veteran category, the corresponding compensation will be applied. The race starts at 9:00 a.m. and will continue throughout the morning. The proximity of the regatta course to the port of Guardamar will allow the public to enjoy the spectacle close up.

The youth category will only have a women’s race, while the rest of the age groups will have men’s and women’s groups. A total of 29 teams are registered for the event, distributed as follows: five children, six cadets, two juniors, nine seniors and seven veterans. Nearly 150 athletes will gather to take part in a race that will crown the regional champions of this modality.