You are here: Home  /  Editorial  /  History  /  THE BORGIAS (VALENCIA’S MOST INFAMOUS FAMILY)
Editorial 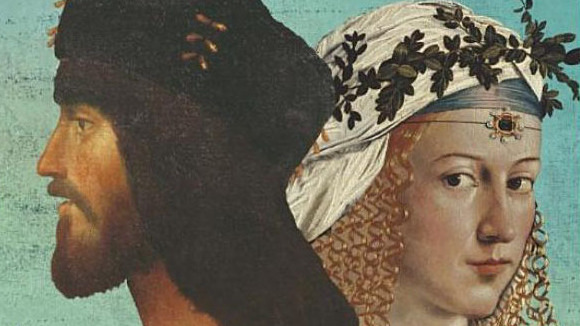 THE BORGIAS (VALENCIA’S MOST INFAMOUS FAMILY)

“You know what the fellow said – in Italy, for thirty years under the Borgias, they had warfare, terror, murder and bloodshed, but they produced Michelangelo, Leonardo da Vinci and the Renaissance. In Switzerland, they had brotherly love, they had five hundred years of democracy and peace – and what did that produce? The cuckoo clock.” ― Graham Greene, The Third Man

Perhaps Valencia’s most famous family (and certainly the most infamous), the Borgias were among the key movers and shakers of the fifteenth century European Renaissance. However, let’s be honest, it’s all the violence, intrigue and incest that has kept us interested after all these years.

Although descended from an aristocratic Aragonés family, both Borgia popes were born in the Valencian region and they are intrinsically linked to the city. Lucrezia and company had two palaces on Calle Caballeros at number 36, opposite Café San Jaime and at number 33, next to Fox Congo and another which is now the Corts Valencianes in C/ Muro de Santa Ana. They were Dukes of Gandia and the palace there was their spiritual family home. Three of them were Bishops and Cardinals of Valencia and the family were famous for trying to introduce Valenciano as the official language of the Vatican court. Xé que bó!

Already one of Spain’s leading families and regulars at the Royal Court (the king’s entourage not the Sloane Square theatre) the Borgias really rose to prominence when the Bishop of Valencia Alonso Borgia (or Borja in his native town of Canals near Jativa), was elected Pope  and took the name Calixto III.

Having got their foot in the door the Borgia family, presumably rubbing their hands with glee, took this as an invitation to grab everything they possibly could and ultimately to invade the whole of Italy. True to his nation’s national sport of nepotism, Alonso insured jobs for the boys and placed his family and friends in positions of power. It was said at the time that even the Vatican stable boys were Valencianos… although reports that the Swiss guards started to replace their chocolate and fondue for horchata and paella have never been confirmed.

One of the beneficiaries of Alonso’s recruitment policy was, of course, his nephew, Rodrigo, who was made Bishop of Valencia. It didn’t seem to matter that he was only thirteen years old at the time. It seemed to matter even less that he wasn’t even a priest, something you might have thought to be an essential requirement for a bishop. He finally got round to getting himself ordained twenty-two years later when he was 35 years old. By this time he was a leading cardinal and in the running for becoming the next pope.

Rodrigo was elected Pope in 1492. All those who had voted against him were quickly poisoned, garrotted or kicked out of the Vatican in disgrace. To be fair to Rodrigo he had made it quite clear that this would happen before the elections took place, which may have influenced the result a little. Rodrigo took the name Alexander VI. Even as Pope, Rodrigo never hid the fact that he didn’t take his vows of celibacy too seriously. He had many lovers (including, some say, his daughter Lucrezia) but his long term partner was Vanozza Catanei, a Roman courtesan who moved into the Vatican with him and was the mother of his five recognised children, quite a healthy little brood for a pope.

Rodrigo was the undisputed head of the family. Like a Hollywood mafia don, he only had to drop a hint for his sons to slit someone’s throat. Unsurprisingly, he was normally able to persuade people to do what he wanted. Rodrigo’s vision was to increase the Vatican’s domain, creating a kingdom which would have the Borgias as hereditary heirs. Despite waging war with and conquering all the city states and republics of northern and central Italy, he was never able to achieve his dream of a Borgia dynasty. He died poisoned in 1503, probably murdered by his papal successor Cardinal della Rovere.  He was the last Borgia Pope.

Rodrigo’s military success was largely down to the efforts of his son Cesar who he had named Bishop of Valencia (before you ask, no, he wasn’t a priest either) and, more successfully, as an inspirational general of the Papal army. Cesar, like a true Borgia was a man who believed in keeping it in the family. Amongst his lovers were his sister, his sister-in-law and his auntie Mathilde. He took a similar attitude to murder and decided that the best way to become his father’s favourite was by killing off the rest of the family. He was allegedly responsible for the death of two of his brothers (Pedro Luis and Juan Borgia) and his brother-in-law (Alfonso de Aragon) along with countless Italian aristocrats who had got in the way of his or his father’s ambitions. He was a friend of Niccolo Machiavelli whose most famous work “the Prince” was inspired by Cesar and his antics. After his father’s death, he was forced to flee Rome and was imprisoned and escaped twice. He was only ever going to go in one of two ways and it was the sword that got him before the syphilis (he was so badly deformed from the disease by this time he took to wearing a mask). He died fighting for his brother-in-law in the Kingdom of Navarre. He was 32 years old.

Rodrigo’s beloved (and allegedly not only in the paternal sense) daughter Lucrezia was a stunning beauty, a fact that didn’t go unnoticed by her scheming family. She was married off three times, the first time at the age of just thirteen, to Giovanni Sforza a member of an influential aristocratic family. When it suited the Borgias, he was then falsely accused of being impotent which meant the newly “virginal” Lucrezia could marry Alfonso de Aragon. Alfonso was her only true love but he was then murdered by her jealous brother Cesar. The third time, and miraculously once again a virgin (even though she was pregnant at the time with Cesar’s child), she married the Duke of Ferrara. Lucrezia was wise beyond her years, on more than one occasion she was used to seduce and then bump off various enemies of her father and it was she, not one of her brothers who was left in charge of the Vatican and the whole Catholic Church whenever her father was away. When Rodrigo was killed she retired for a quiet life with her husband’s family at the age of just 22.

In their defence, the Borgias may have been a bunch of orgy-loving murderers but they were also great patrons of the arts. Leonardo Da Vinci, Tiziano, Ausias March and Hieronymus Bosch all benefited from their patronage and protection and Michelangelo was personally commissioned by Rodrigo for work on Saint Peter’s Basilica. All the violence and madness should also be put into an historical context. The Borgias weren’t the only family running round Europe killing everyone who got in their way and using threats and bribery to get what they wanted, just take a look the British Royal family. The stories have been handed down to us by their successors in the Vatican who probably weren’t inclined to paint too rosy a picture of the outsiders from Valencia who for a while took over their equally cosy, corrupt little world.

Mario Puzo called the Borgias the first great family of crime and his book ‘The Godfather’ was written with them in mind. Countless tomes have been published about them and they have always captured our imagination. The recent release of secret Vatican papers from the time of Rodrigo and Alonso Borgia, which have been handed over to Valencian scholars and historians and will later be released to the public will only further ignite our morbid fascination with those bad old Dukes of Gandia.