You are here: Home  /  Art  /  Editorial  /  History  /  The City Council of Valencia and the Cultural Association El Camino del Santo Grial sign an agreement in the Jubilee Year
Art 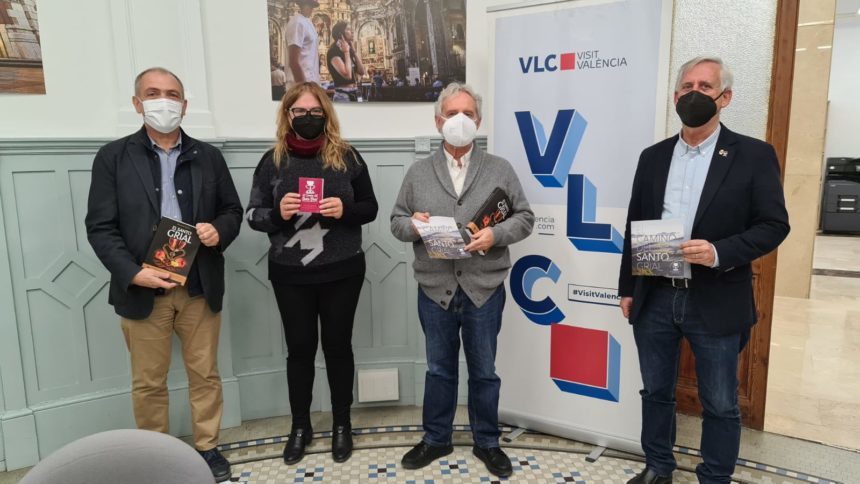 ##Last December took place in Valencia the signing of the collaboration agreement between the City of Valencia, the ‘Fundació Visit València’ and the Cultural Association ‘El Camino del Santo Grial’ for the promotion of the Holy Chalice (HOLY GRAIL) in the Jubilee Year.

Also present was Mr. Jesús Gimeno, secretary of the Association and councillor of Citizens in the Town Hall of Massamagrell.

The aim of this agreement is the opening of an interpretation center of the Holy Chalice and the Way of the Holy Grail right next to the Cathedral of Valencia in Jubilee Year.

Thanks to AULA GRIAL pilgrims, curious, visitors and the Valencians themselves will have the opportunity to know the history of this sacred relic that has been shown so many times in literature and film as a great enigma. And yet, we have it in the city of Valencia since the early fifteenth century.

Pilgrimage as a family to the center is one of the bets of the Cultural Association El Camino del Santo Grial to try to alleviate the situation in the stores of the center.

According to Mafé “the pandemic only allows things to be done as a family, so let’s go to the centre as a family to get to know our heritage and to collaborate with the local economy of stores and restaurants”.

Soon the opening of AULA GRIAL will take place with new contributions to the expository speech made with much success by its director of content and writer Alicia Palazón.

We wait with this initiative to give answer and to be able to attend all the persons who show interest to promote Valencia as the city of the Holy Grail, the most looked for relic of the western Medieval.

Among the new development opportunities for the Valencian Community, says Dr. Mafé, “we consider that the implementation of the European project of the Holy Grail Way should be the distribution of the recovery plan of the Government because it will give work to more than 500 families in the next three years”.

This international mega-project (which includes shelters, signage, cultural activities and much more) is a great opportunity for the President of the Council, Ximo Puig to include it within the Valencian strategy to raise European funds as a priority as Aragon will do.