You are here: Home  /  Editorial  /  THE EU REFERENDUM
Editorial 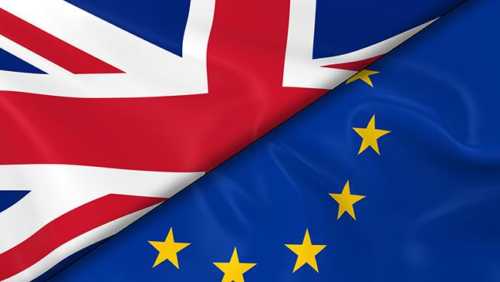 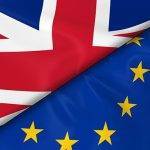 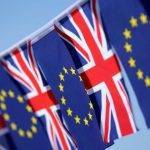 THE EU REFERENDUM
I feel obliged to write quite an unusual article because, frankly, we’re living in unusual times. As the dust settles on the EU referendum, many people are now asking what exactly is going to happen when, in two years time, Britain completes its departure from the European Union. What will happen to global currencies? What will happen to all the millions of British people who live in Spain, France and Germany etc? What will happen to Britain as it tries to make its way as a small island nation in a world so different from that which allowed it to hold huge influence during the time of empire? By far the most interesting question I’m hearing at the moment, though, is ‘why?’ And I don´t have a good answer. The reason I don’t have a good answer is because even those who voted for Britain to leave are starting to look a little confused about what they chose. There is an expression in English: ‘Be careful what you wish for’ and it could have been invented for this very situation.

It’s not really for this magazine to wade into the murky waters of politics but, again, these are interesting times and I think it´s pertinent, as a British expat here in Valencia, to try and explain the feelings I and many other Brits have about the whole situation.

I think we’d do well to start with shame. Many of my fellow expats feel embarrassed about the result because of how the rest of Europe, perhaps even the rest of the world, will view us. The decision to leave the Union is increasingly being viewed as an unmitigated disaster by both sides and the British people can blame no-one but ourselves. If it’s possible that some good may come out of this, perhaps it is the lesson that, when it comes to making decisions that affect us all, we are just as capable of making huge mistakes as the politicians we normally blame. Yes, the public were lied to and misled by a barrage of obscurantist nonsense but when isn’t that the case? This was a referendum and, as such, it was our responsibility to glean the facts from the displays of political grandstanding and ensure that we understood, as far as was possible, the ramifications of leaving before making such an irreversible decision. I, and many others, feel that our fellow Europeans are laughing at our stupidity, and we can’t blame them. The only thing I can say in our defence is that 48% of Britons voted Bremain.

The next most common emotion many expats in Valencia have described is fear: a fear that this may be the beginning of an unstoppable decline in opportunities for the young people who have to live with this decision for the rest of their lives. I personally don’t feel affected as I have no intention of ever returning to live in the UK; that doesn’t mean, however, that I don’t feel worried about the futures of those I left behind. Britain is now a country which produces a very specialised range of goods and services. It goes without saying that the nation relies heavily on trade; the more difficult it gets to trade with our partners, the fewer opportunities there are for the future labourers and professionals to find meaningful work. It’s awful to think about what may become of young Brits as the effects of this referendum truly take hold.

On a more personal level, the feeling which is dominating my own reflections on this whole mess is deep frustration. It makes me want to tear my hair out when I think of all the Brexiters who were trying to find the answer to the question of how to ‘make Britain Great again’. They looked back to a world which can never return, a world in which Britain, in the aftermath of the Second World War, had some global influence. Perhaps they looked even further back to the days of the British Empire and thought that the only things preventing the country from reaching those heights again were the restrictions of EU membership. Everyone else could see that the world had changed beyond recognition since those decades past but their voices were just too quiet. I feel frustrated that, when somebody next hears my English accent in the streets of Valencia, they might assume I have the same beliefs.

It´s probably obvious but I just want to make absolutely sure: Most of the Brits here in mainland Europe, certainly here in Valencia, are part of the 48%. We live here because we love the Spanish way of life. We, by definition, value the rights the EU gave us and will continue to give you. As Spain deals with its own political instability and frustrations, remember: we still choose this country over the one we left behind and many of us will do whatever it takes to stay. Sadly, and with a heavy heart, I can now say with more certainty than ever: we’re not just here for the sunshine.
Yours sincerely,
Matt Shewbridge
Director of Shewbridge Academy of English