You are here: Home  /  Places  /  ‘THE OTHER VALENCIA’ (ANOTHER IRISH-SPANISH CONNECTION)
Places 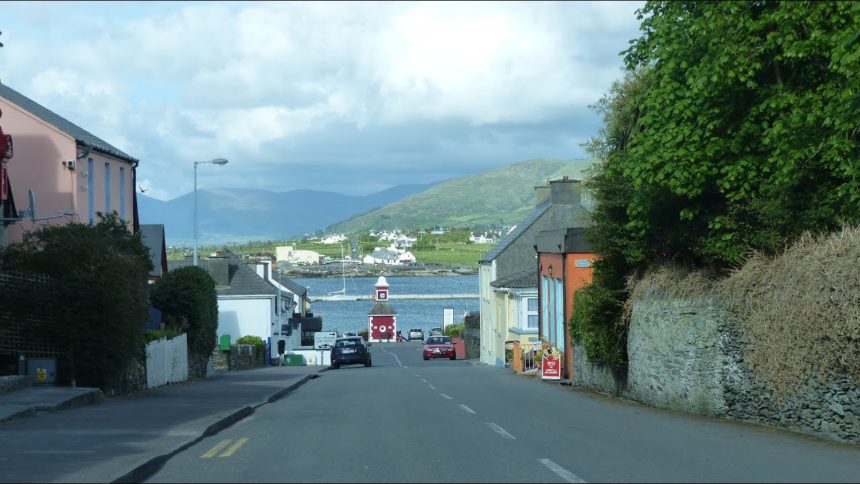 ‘THE OTHER VALENCIA’ (ANOTHER IRISH-SPANISH CONNECTION)

##Aesthetics is a branch of philosophy dealing with the definition of beauty, the word as a noun meaning “that which appeals to the senses”. For me, there are two places which encompass this meaning totally. The first, which will be familiar to readers of this magazine, is the wonderfully vibrant city of Valencia, Spain. The other is the Atlantic coast of Southwest Ireland. In particular, the Dingle Peninsula and “the other Valencia.”

Valencia (or Valentia) is an island of unsurpassed scenic beauty, tropical vegetation courtesy of the Gulf Stream, breathtaking cliffs and truly magnificent seascapes. About 11 kilometres long by three kilometres wide, it is one of the most westerly points of Europe. Situated off the coast of Kerry, it is now linked by a ferry service (from Caherciveen daily between April and October) and the Portmagee bridge to the mainland.

It is the closest point to the USA and Canada, some 1900 miles across the Atlantic Ocean and as such was chosen to be the eastern landing of the first transatlantic cable, laid between Newfoundland and Valencia Island. With both electricity and telegraphy still in its infancy, pioneers such as Samuel Morse, Charles Bright and Lord Kelvin put their considerable intellect to the task of uniting the old world and the new by submarine telegraph.

This vast project, which commenced in 1856, was finally achieved some ten years later. Two ships sailing away from each other, from a point at the centre of the Atlantic, laid the cable. This was no simple feat of engineering as the cable snapped on several occasions. The ‘Agamemnon’ finally streamed into Dingle Bay just before the ‘Niagara’ made land in Trinity Bay, Newfoundland and the very first transatlantic message was transmitted. Somewhat bizarrely, Valencia wasn’t linked to the mainland by telegraph and messages had to be transferred from the island by boat.

The island was also famous for its slate, which now is no longer quarried. Valencia slate slabs were shipped to England and around the globe and used in the construction of many public buildings such as the House of Commons at Westminster, the National Gallery and the London and San Salvador train station. Due to its westerly position, Valencia precursors the weather of Europe and the Valentia Observatory was established in 1867.

Two prominent features are Geokaun Mountain, 268 metres on the north, and Bray Head, 180 metres on the south, that dominate Valencia’s rugged surface. The island holds traces of ancient habitation and is home to numerous Megalithic and early Celtic church remains, cairns, wedge tombs, beehive huts and standing stones. The island, originally known in Gaelic as ‘Oileen Dairbhre’ meaning the Island of Oaks, gradually came to be known by the name given to the harbour, a sanctuary for seafarers on the wild Atlantic coast that is marked on some of the earliest maps of Europe.

It is believed that Spanish sailors named the island Valencia and indeed the Spanish were regular visitors to these waters continuing to the fishing fleets of the present day. An astrolabe dated from the 1500s and thought to be from a wreck of the Spanish Armada was found by a young boy in 1845. The Spanish presence was also the source of the allusion to the many “dark-haired” Irish that inhabited the area.

More recently, the island has begun to be known as Valentia. The reasons for this subtle change are not established, perhaps it recalls the Spanish pronunciation of the letter ‘c’ before an ‘i’ or more likely the local accent that gives words ending in a ‘cia’ a ‘cha’ sound. Therefore, the most prevalent Irish phonetic of the name today is VAL-EN-CHA. Nowadays, although it is more common to see the name Valentia on road signs, the ordinance maps still denote it as Valencia. But enough of the history lessons, for what captivates the senses most about Valencia Island are its timeless scenery and the lure of the sea. The sea has always played a profound role in the life of the islanders and fishing and angling are still important local industries. From the earliest settlers they have dealt with Vikings, Traders, Pirates and Spaniards, Cromwell’s soldiers and pioneering aviators.

I live some two hours by air from a Spanish city that I have loved from the moment I set foot in it. Being from Cork, I am about two-and-a-half hours by car to the island of Valencia in Ireland. Both places bear the name of Valencia and, as ill-luck would have it, I belong to neither. Yet, I would happily spend my time in either. Both are completely beautiful in completely different ways and both compel you to return time and time again. 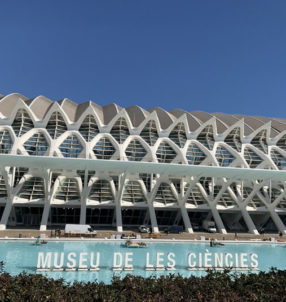