You are here: Home  /  Sports  /  TIME TO BUILD FOR NEXT SEASON
Sports 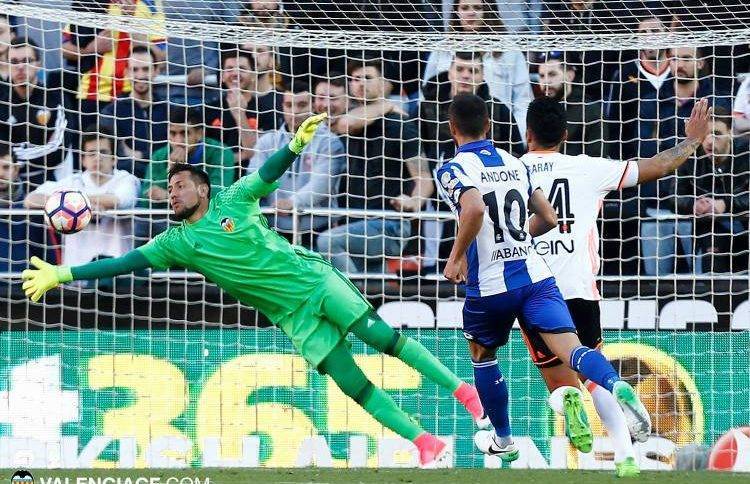 TIME TO BUILD FOR NEXT SEASON 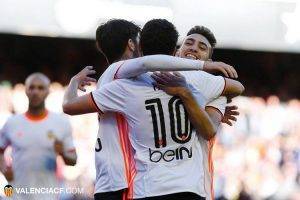 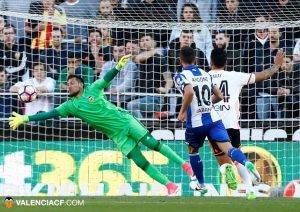 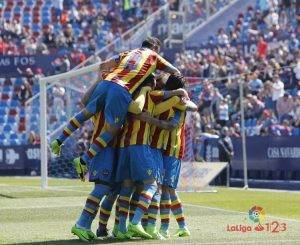 VALENCIA FOOTBALL: TIME TO BUILD FOR NEXT SEASON

With just nine games to go, Valencia’s season should hopefully now run a tranquil course. With no trophies to play for and relegation increasingly unlikely after strong performances in recent weeks, it is the ideal time to give some of the talented youth on the fringe of the first team a chance.The Valencia coach Salvador Gonzalez Marco (affectionately known as Voro) is the ideal man to do this, having worked with the youngsters in the past during his numerous tenures with the reserve team. He has also shown he is not afraid to blood the young starlets and his treatment of Carlos Soler is a prime example of this.

Having had isolated starts with Gary Neville and Cesar Prandelli, the young man from the city is settling into his midfield role nicely since being given an extended run in the first team by Voro. His confidence is growing with every game and he did not seem out of place in the recent matches against Real Madrid and Barcelona, where he was confronted by the likes of World Cup winners Andreas Iniesta and Tony Kroos.The moment of petulance he showed against Eibar that resulted in a penalty for the visitors and a red card for the twenty year old seem to be a lesson he has quickly learned from and he already has two goals to his name from his handful of first team appearances.

Another that is close to first team exposure and worth blooding for a few consecutive games at some point in this campaign is the exciting left back Antonio Latorre Grueso, probably more better known to fans as Toni Lato. Another local product, he is very much in the mould of the likes of Jose Luis Gaya, Jordi Alba and Juan Bernat. He looks to have a promising future, having already been capped by his country at Under 19 level. Reportedly Real Madrid have expressed an interest already, leading to a contract that now includes a 25 million Euros buy-out clause.
The third most likely candidate to get an opportunity, if the timing and situation is right, is the strong centre forward Rafa Mir. The Murcia born striker was born in the same year (1997) as both Lato and Soler and spent some of his teenage years at the world famous La Masia Academy in Barcelona before joining Valencia in 2015. At six foot two, he is powerful in the air and surprisingly agile and nimble on the ground for his size as well as having a great turn of pace. The thought of both Zaza and Mir simultaneously terrorizing the opposition defences with their strength and ferocity is something the Valencia faithful would love to see, at least once before the end of the season.

Other Mestalla B players could find themselves supplemented on the bench in May once any chance of relegation is totally extinguished. Do not be surprised to hear the names of Nacho Gil, Fran Villalba, Sito or Javier Jimenez blurting out over the tannoy system in the near future, as the public announcer reads out the team line ups. For all the money Peter Lim has spent on trying to create a winning team… the actual answer to success may lie much closer to home.

One thing is for sure, the team is much more of a unit now than in 2016 and the signs are there that progress is being made. Less than a year ago Gary Neville’s Valencia were humiliated 7-0 in the first leg of the Copa Del Rey at the Nou Camp. In the recent game in Barcelona last month, Los Che were more than a match for the Catalans in the first half. Mangala put the visitors ahead with a typically aggressive header from a corner early one. Luis Suarez quickly levelled things after the Valencia defence switched off from a throw-in from Neymar. The match then took a turn for the worse for Los Che when Mangala pulled Suarez back by his shirt in the penalty area to give the referee no option but to point to the spot and give the Frenchman his marching orders. Messi duly converted the penalty to put the hosts in front in the 45th minute. However, Valencia immediately equalised through Munir El Haddadi in one of the moves of the match. Tellingly, the Spaniard did not celebrate his goal out of respect for the club he is currently on loan from.

The second half saw Valencia pretty much under the cosh and chasing shadows as the Barca “tiki-taka” football began to blossom. The ten men were soon breached by Messi who beat Alves on his inside post and then any hopes of a point for the visitors were snuffed out by Andre Gomes in the final minutes. It was the first goal that the former Valencia favourite has scored for the Catalans and he too showed a great deal of respect to his former employees with a lukewarm celebration.

Lots of positives from the Barcelona game, despite the result, was the general verdict from all associated with the club. The international break did not seem to curtail any momentum generated from that game and Valencia put in a polished performance, against Deportivo La Coruna, to win their next game 3-0.Meanwhile, things at Levante UD just keep getting better and better. Unbeaten in March, they started this month with another victory by overcoming bottom club CD Mirandes 2-1. By the end of April they could have promotion sewn up, such is their dominance in the league this season.

As a result of Levante’s relegation last year there is no men’s derby match in the city this season but the Valencia and Levante ladies team meet up again on the 23rd April. The game is being played at the Mestalla with a 12 noon start and it is free entry. Over 8000 spectators saw the game at the Ciutat de Valencia earlier in the season that Las Granotas won 2-1. Presently, Valencia lie third in the league table and Levante are just one place below.John Howden

Anyone wishing to buy tickets for Valencia or Levante matches can find more information at the following websites:
www.valenciacf.com
www.levanteud.com