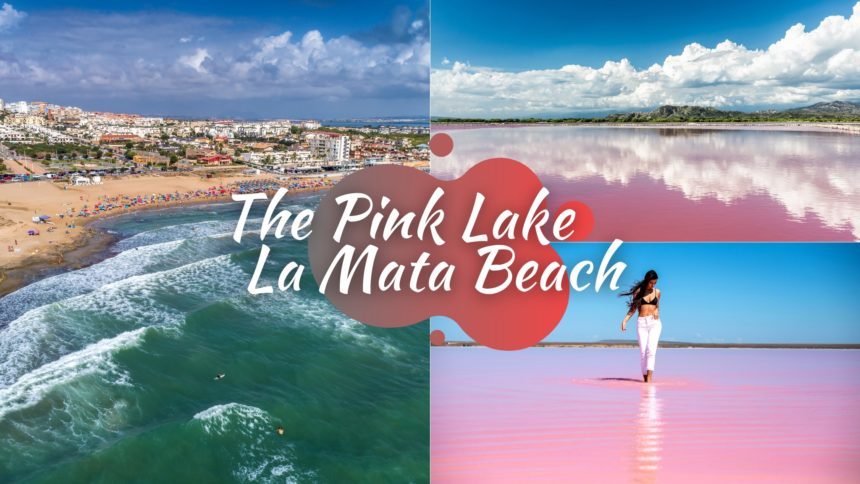 ##The Pink Lake is a unique spectacular pink water lake that you can not miss in person and for your instagram!

Our tour guide will make sure you won’t miss the most amazing view point.

The amazing pink salt lake (‘Las Salinas’) is located on the south of the Costa Blanca, next to the city of Torrevieja (Alicante, Spain), with an area of 1400 hectares. We will go to the Lake with a marvellous mini-train, accompanied by a guide.The pink color of this lake is due, in origin, to a small microscopic algae (Dunaliella salina) rich in carotenes, as well as to other microorganisms that develop this coloration in salt-saturated waters, which protects them from solar radiation. In turn, a small invertebrate crustacean, called Artemia salina, feeds on these algae and, consequently, acquires its pinkish coloration, which is later reflected in some areas of the flamingos plumage, because this tiny crustacean is part of their diet.

If your idea of the perfect beach is a wide and spacious belt of pale sand washed by rolling surf then La Mata is the one for you. It’s a Blue Flag beach hugged by a boardwalk that runs for its entire 2.3 kilometres and has some 14 beach bars.

As you make your way north you’ll find that the beach gets even quieter, and there’s a 14th-century watchtower at the northern limit, which served as part of a series of defences when coastal Spain was vulnerable to pirate attacks.