You are here: Home  /  Editorial  /  VALENCIA BOOKS : MOVIES MADE IN SPAIN
Editorial 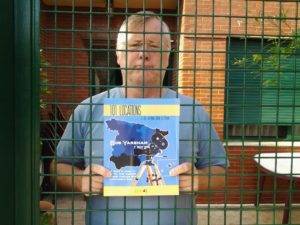 VALENCIA BOOKS : MOVIES MADE IN SPAIN 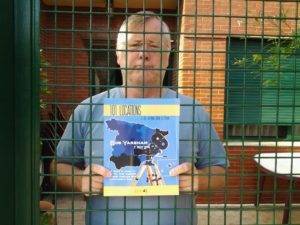 MOVIES MADE IN SPAIN

In which small village in Guadalajara did Katherine Hepburn spend a summer making a film about Troy?
Where did Steven Spielberg build his prisoner of war camp in Spain for ‘Empire of the Sun’?
Which famous British actor tried to steal some jewels from the Spanish royal family’s summer palace in Majorca in 1969?
Which Spanish city has a cinema called ‘Lara’ because ‘Doctor Zhivago’ was made there?

You can trawl the Internet looking for the answers to these questions, or you can get hold of a recently published book called ‘Movies Made in Spain’, which is a guide to where 720 English language films were made in Spain.
The book covers the whole of Spain and was written in Valencia by Londoner Bob Yareham, who has taught English and History and written this and that in Valencia since 1981.

So what is set-jetting, and how could it help the Spanish economy?

Visitors to Loja, in the province of Granada, are frequently surprised when they come across the silhouette of the Marx Brothers overlooking the village. The brothers have no connection with Loja but, curiously, the same view opens the film “Duck Soup” (1933), representing Groucho’s eccentric kingdom of Sylvania. Now known as ‘Mirador de Sylvania’, this monument is an example of the importance of set-jetting in Spain, a country where over 700 English language films have been made and continue to be made, because as Orson Welles once said, Spain is not a country, it’s a continent.

In fact, no other non-English speaking country has made as many English language films as Spain. Even today you can find just about any kind of scenery you need and years ago, with the compliance of the dictator Franco, the Spanish army and police force were readily available to make all kinds of epics. Check out George C Scott’s ‘Patton’ for example. If you want to know why all the German soldiers looked so happy strolling into battle, it’s because they were Spanish soldiers, having a day off from peeling potatoes as part of their obligatory military service.

Cinema tourism (set-jetting) is an undeniable fact; you only need to ask the delighted authorities of New Zealand, where they are still reaping the benefits of visitors attracted by the “Lord of the Rings” trilogy. Here in Spain, the number of American pilgrims on the ‘Camino de Santiago’ multiplied by 5 as a direct consequence of Martin Sheen’s film “The Way.” Spain has it all; the deserts, the beaches, the forests, mountains, lakes and rivers, and of course that old Spanish castle magic.

Hundreds of villages and towns were transformed in the 50s, 60s and 70s when Hollywood arrived and changed their lives. Many of today’s popular tourist resorts owe their initial prosperity to film makers, who hired entire populations, as well as the more than willing, disciplined Spanish army and police force to produce their epics about Romans, medieval knights or American GIs. Villages such as Peñiscola and Tossa del Mar began to blossom thanks to films like ‘El Cid’ and ‘Pandora and the Flying Dutchman’. In fact Ava Gardner’s statue stares out sexily to sea even today from the battlements of the castle at Tossa.

The book encourages readers to visit these places and share the knowledge that Spain is a lot more than sun, sand and sangria; although that’s all pretty good stuff too. Probably not many people will visit a place only to see where a film was made, but the existence of these locations gives added value; and the films themselves are free publicity which can be exploited.

The book will also be going into school, as the author has devised an activity for educational institutions, through which students can learn about the rich history of the international cinema industry in Spain. In Valencia, he has collaborated for 2 years with the L’Iber Museum, which is the largest toy soldier museum in the world, on an activity called ‘Hollywood & History’ where students learn the truth about historical films (El Cid didn’t die a martyr’s death at Peñiscola/Valencia, but a few years later, in his bed).

The book has been published with the Valencian publishing company www.obrapropia.com and is available as a paperback at 15€ and as an e-book (including 50 original photos in collaboration with the young British-Valencian photographer Mark Sicon, who also took the cover photo, which shows Peñiscola castle, symbolising the past (El Cid) and present (Game of Thrones) of film making).