You are here: Home  /  Sports  /  VALENCIA FOOTBALL IN SPRING
Sports 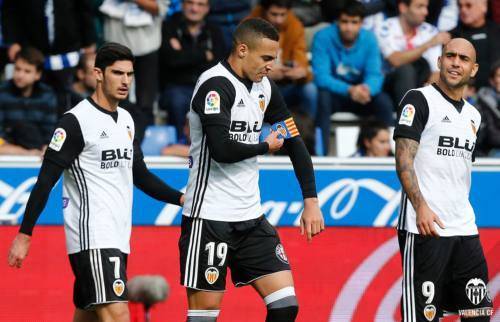 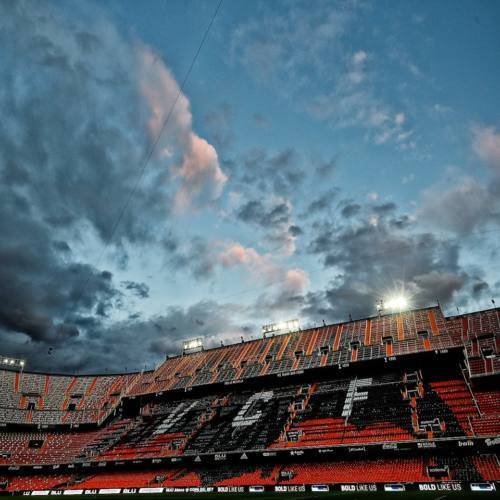 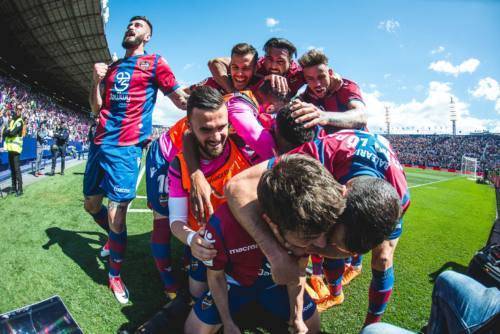 
Everything about March on the football field was positive for Valencia fans. The team went unbeaten through the month to stretch away from fifth place, and they now look nailed on certainties for Champions League football next season.

The fun started with the comprehensive demolition of Real Betis at the beginning of the month. Two cracking goals from Rodrigo and Zaza, either side of half time, sealed the three points for Los Che.

Next was a visit to the intimidating Ramón Sánchez Pizjuán Stadium and a match up with Sevilla. The Andalusian side are undoubtedly one of Valencia’s biggest opponents for that coveted fourth place in La Liga. Add to that the bitter encounters the two teams have had in recent years and arguably this was the club’s biggest game of the season to date.

Two swift counter-attacks swayed the game Valencia’s way. The first was a goal scored by an in form striker. A long cross field pass by Kondogbia fell right into the path of Rodrigo. The Spanish striker’s first touch brilliantly took him away from the Sevilla left back and he calmly slotted the ball past the oncoming keeper. Rodrigo’s second goal in the 68th minute was equally tasteful. Another surging midfield run and defence splitting pass from the Frenchman Kondogbia, left Rodrigo through on goal with just the goalkeeper to beat. He took his time before guiding the ball into the bottom corner to give Valencia a two goal cushion. Sevilla did little to suggest any kind of comeback in the remaining minutes and Valencia, in the end, claimed a comfortable victory and a season double over their fiercest of rivals.

A return to the Mestalla to play Deportivo Alavés saw a continuation of the club’s rich vein of form. A classic one-two between Rodrigo and Zaza saw Rodrigo score his fourth goal in three games and then Zaza himself scored the second just after the half hour mark. The club from the Basque region pulled a goal back just after half time, through Rubén Sobrino. However, within five minutes Valencia had restored its two goal platform when Victor Laguardia inadvertently put through his own goal… whilst attempting to clear a cross from Carlos Soler. Another three points and another comfortable win, playing “sexy” football.

The impressive form of Valencia has not gone unrecognised on the world stage. The international break reflected this with the amount of players called up for their countries. Ferran Torres, who has cemented a place with the first team squad, put in an excellent performance for the Spanish Under 19 side in their 4-2 loss to France that was played in Benidorm. Then came the fantastic news that the 18 year old, from Foios in the Valencian Community, has signed a contract extension until 2021 with a buy-out clause inserted of approximately 25 million Euros.

Carlos Soler and Toni Lato played for Spain’s Under 21 side in Pontevedra, in their team’s 3-1 win over Estonia. The most pleasing aspect of the whole International break was Dani Parejo being called up to the national side alongside Rodrigo. The latter played and scored in the 1-1 draw with Germany, after latching onto an inch- perfect past from Andreas Iniesta. Parejo then got his debut a few days later at the Wanda Metropolitano against Argentina. Wearing number 23, the former Queens Park Rangers star came on in the 81st minute of the 6-1 thrashing… to become the 782nd player to wear Spain’s colours for the senior side. Former Valencia favourite Nicolás Otamendi scored the solitary goal for Argentina, in a line up that was missing several established starters like Messi and Agüero.

Brazil also called up Neto for their games but he did not get any playing time so he has yet to make his debut for the Canarinhas. Nemanja Maksimović was brought on in injury time for Serbia, in their 2-0 victory of Nigeria that was played at the Hive Stadium in London. This is the joint home of Barnet Football Club and London Bees of the Football Association Women’s Super League.

With all players returning unscathed from international duty, Marcelino had few selection problems for the game with CD Leganés on the outskirts of Madrid. A bad-tempered affair was settled just after the hour mark when Rodrigo’s left foot shot from outside the area could only be helped into the net by the Leganés keeper Ivan Cuellar.

In the opening minutes of the match, Rodrigo again stole the headlines with the only goal in a drab encounter with Espanyol at the Mestalla to secure a further three points for Valencia. With only seven games left and a significant double-digit lead over the chasing pack, the goal of Champions League football next season is within touching distance.

Things are much rosier too in the North East of the city as Levante UD have also seen a revival of fortunes in the month of Fallas. A change of manager on the 4th March with the upgrade from the reserves for ‘Paco’ López, after the sacking of Juan Ramón López Muñiz, has corresponded with three wins and a draw to see a buffer created between the relegation places and Levante.