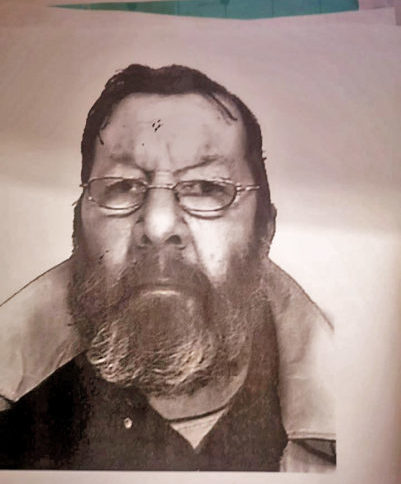 24/7 VALENCIA: Could you tell us more about ‘Ximo El Alemán’ who we knew as a very familiar face from the historic centre of Valencia?

VICENTE OF BODEGA BAVIERA: It’s possible that the name ‘Joachim Hauer’ does not really ring a bell with anyone in the old centre of Valencia. However, if you mention the name “Ximo El Alemán” pretty much everybody in the barrio knew of him back in the day.

Ximo arrived in Valencia, way back in 1970. His original idea had been to buy a guitar in Valencia and then head back to his native Cologne. However, the charm of the Barrio del Carmen led to him changing his mind about returning to Germany and he ended up staying in Valencia for good. In his own way, he had already done his own “hippy trail” back in the late sixties…getting as far as Beirut, Lebanon. So, you could say that Valencia became the end of his quest.

Back in the 1970s, the old centre of Valencia was dilapidated to a certain extent and Ximo got involved in various projects to help rehabilitate the barrio he had fallen in love with. This included being a promoter for a jazz bar with live music. Unusual for the times, Ximo had mastered 4 languages with his superb ear… including English, French, Spanish and his native German. His linguistic skills helped him make a living at that time too.

In the 1980s, ‘BODEGA BAVIERA’ established itself in the old centre and became a bohemian meeting point of sorts for painters, writers, poets and more. When the Bodega eventually moved to new premises, the group of “tertulianos” was dissolved but Ximo stayed loyal to the bodega and the owner to such a point that his own post was delivered to the Bodega’s address as by then he had no fixed abode. He affectionately called the Bodega “La Farmacia.”

His affable character and his openness to collaboration with all sorts of people ranged from helping vans load and unload furniture in the barrio… to teaching English & German in the centre. He would do translations for the price of friendship, which was a reflection of his real humanity that was part of his multi-facted character.

Those of us who knew him well, both personally and professionally, were also witness to his change of character, his ups and downs, his occasional moods and rather awesome Germanic temper… but these were tantrums that would never last and he would be quiet as a mouse after all the drama had died down.

Clean clothes, a roof over his head, it was a challenge knowing Ximo as time went on. We would have to put some order into his life, an example being his visible rebellion against the idea of using a public toilet to relieve himself.

With time, his health did deteriorate with age as his hard-drinking continued. However, he had made many interesting friends over the years…including University Professors of Philosophy, Restaurant owners, History teachers and the family of ‘Bodega Baviera.’ As his health got worse, we made sure that he was provided with proper health care in the Valencia hospital of ‘La Fe’. After he passed away, we all got together and chipped in to make sure he had a dignified funeral and send off in Valencia. His ashes remain with a former girlfriend based in Valencia.”

24/7 VALENCIA: We also raise a glass to Ximo in his memory. Many of us in the barrio had a good few interesting conversations with this distinctive individual over the decades … and his memory lives on in the ancient, winding streets of Valencia. Talented yet modest about his abilities, Ximo had a natural way with words and sounds. Given that he was born in Germany and based in Spain, he could do unerring imitations of Cockneys and Yorkshiremen and could sing country, jazz and blues like he was an American born and bred… and with heart and soul too. We won’t easily see his like again!

“I’ll eat when I’m hungry, I’ll drink when I’m dry
If the hard times don’t kill me, I’ll lay down and die
I’ll tune up my fiddle and I ‘ll rosin my bow
I’ll make myself welcome, wherever I go

Beefsteak when I’m hungry, red liquor when I’m dry
Greenbacks when I’m hard up and religion when I die
They say I drink whiskey, my money’s my own
All them that don’t like me, can leave me alone

Way up on Clinch Mountain I wander alone
I’m as drunk as the devil, oh, let me alone
You may boast of your knowledge an’ brag of your sense
‘Twill all be forgotten a hundred years hence…”