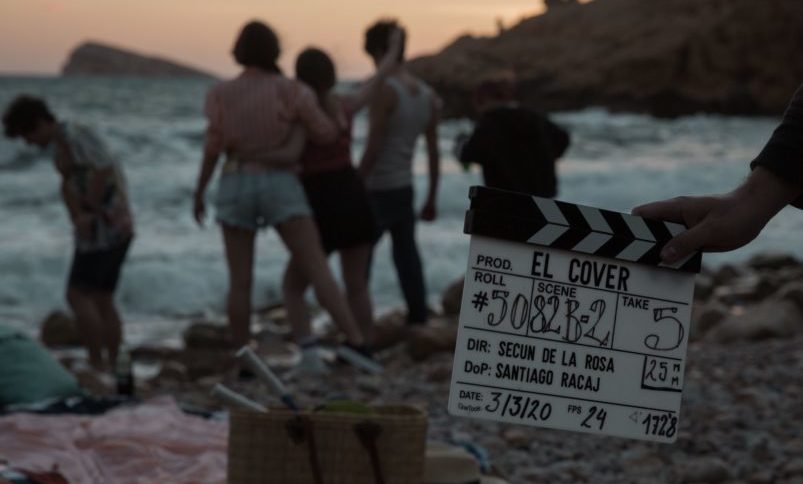 ##IBERSERIES Platinum Industry is the largest international event for professionals linked to the audiovisual industry in Spanish and Portuguese.

‘Valencia Region Film’ will take the joint offer of locations for filming in the Region of Valencia to the biggest audiovisual event in Spanish and Portuguese, the Iberseries Platino Industria festival, which will be held from 28 September to 1 October at the Matadero Madrid cultural centre. In this first edition, the event aims to give visibility to feature films and fiction series with an Ibero-American scope or theme, to promote the talent of creators and to foster international co-production as a key formula for consolidating projects.

The new proposal has programmed a wide range of activities aimed at both audiovisual professionals and the general public, with various training initiatives, conferences, presentations and film and series premieres. Iberseries has brought together the sector’s most important creators, executives, platforms, television channels and agents.

The Region of Valencia will be present through the initiative REGION OF VALENCIA: WHERE FILMING IS WELCOME/La Comunitat Valenciana as a film set, promoted by Turisme Comunitat Valenciana with the collaboration of PAV (Valencian Audiovisual Producers), with the aim of bringing together the different locations and benefits of filming all types of audiovisual productions in the Region of Valencia.

Some of the main film offices/commissions in the region will be taking part in the conference, both in person and virtually. València Film Office, Benidorm Film Office, Peñíscola Film Office, Film València, Costa Blanca Film Commission and the Diputació de Castelló will join forces with the aim of continuing to promote the filming of audiovisual productions in the Comunitat Valenciana.

Valencia Region Film will have a stand at IPI PLAZA, a space within the Iberseries venue for meetings between film and series production companies, television stations and platforms, sales agents and distributors. The aim is to publicise the offer and the advantages of filming in the Valencia Region to the main agents of the national and Latin American industry.

The Valencia Region will also have its place in the conferences on synergies between tourism and the audiovisual industry that will be held as part of the event with the participation of Turisme Comunitat Valenciana together with representatives of organisations and film commissions from countries such as Panama, Mexico, Colombia and the Dominican Republic. This conference, which will take place on the 28th in the auditorium of the Casa del Lector, will discuss business models and strategies for positioning the attractions of a country or region as a location, as well as the dynamising role of film commissions as agents of the audiovisual industry.

In turn, within the space called IPI PITCH, the Valencia Region has been chosen along with 10 other locations from around the world to present its facilities and benefits for the filming of audiovisual productions to the producers, buyers and content platforms in attendance. The event will take place on the 30th in the Sala Borau at the Cineteca.

The event will highlight aspects such as the diversity of locations, the large accommodation capacity, the hours of daylight per year, the growing audiovisual and services industry and the work carried out by the different Valencian film offices throughout the region.

The presence of the Region of Valencia at Iber Series will undoubtedly serve to boost the region’s visibility as a film set and generate contacts and synergies among those attending. In this respect, it is worth highlighting how filming has been reactivated in the Region of Valencia after the confinement of 2020. Producers and directors of feature films recognised at the Malaga and Alicante festivals, such as “El cover”, “Lucas” and “Alma”, and recent series such as “Alba”, “El inmortal”, “El juego de las llaves” and the latest season of “La casa de papel”, among others, have opted for the region as a filming location after the forced stoppage caused by the pandemic.