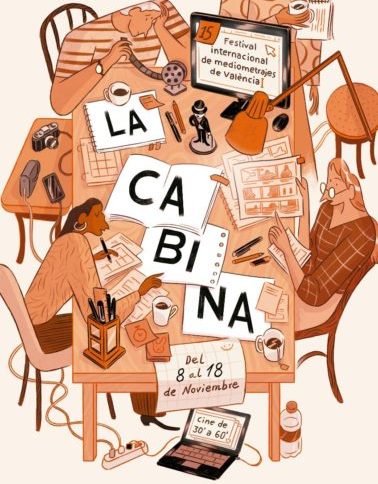 Valencia’s Mid-Length Film Festival ‘La Cabina’  will take place between the 8th and 18th of November, and will play host to a star studded selection of films, including, the Oscar nominated “The Dress” by Estíbaliz Urresola, first prize winning “Cuando se hundieron las formas puras” by Alfredo Picazo at the Montreal Film festival and “Cuerdas” by Estíbaliz Urresola, which was chosen at the Cannes Critics Week.

This year’s selection, comprising films of 30-60 minutes, highlights the international character of this event, with films from Spain, France, the Netherlands, Poland, Chile, Argentina, the US and South Korea. Twelve films in all will compete this year, and will be displayed in La Filmoteca de València.

This year’s festival will highlight a wide array of topics such as gender equality in Stéphanie Halfon’s (France) film “Les vertueuses” which details a young Jewish girl’s questioning of the position and the view of women in Paris’ Jewish community. Similarly, “Douceur intacte de l’été” by Saskia Waledisch (France), forms part of the current debate on sexual consent, while “Limits of Vision” by  Laura Harrison
(United States), explores the socio-political movement of Second Wave Feminism.

Oscar nominated, “The Dress” by Tadeusz Lysiak (Poland), tells the tale of a woman with achondroplasia (a skeletal mutation which impairs the growth of bone in the limbs and causes abnormal growth in the spine and skull), who fights against harassment and social rejection while simultaneously searching for love and intimacy.

The festival also deals with mental health and impacts of war, as the Spanish film “Cuando se hundieron las formas puras” by Alfredo Picazo, relates the cruelty of the Civil War, displays the mental torment of a young soldier ordered to execute a prisoner of war. In a similar vein, “Save It” by Amira Duynhouwer (Netherlands) highlights the destructive role of depression in the relationship between two friends. 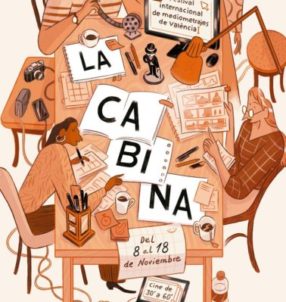