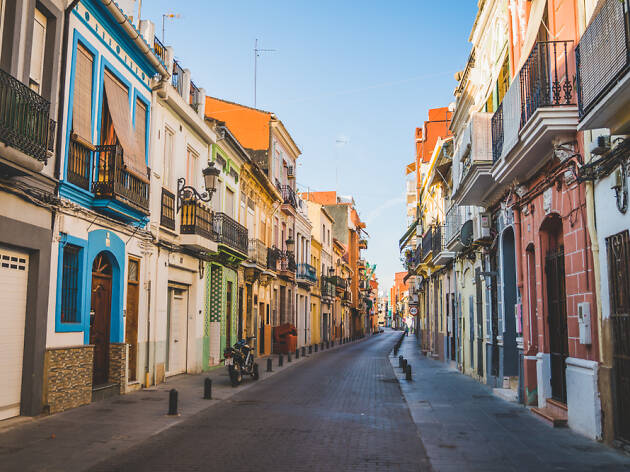 24/7 VALENCIA: Tell us something about yourself and Valencia Property.com

GRAHAM HUNT: I set Valencia Property up around the turn of the century after suffering through my own purchase and thinking :“I have to be able to do better than that.”
The service by the huge majority of agents was absolutely terrible. It took forever and they never listened to what I wanted, they just took me to see what they could offer rather than what I wanted. The last straw was when an agent showed three houses in a wasted afternoon, none of which corresponded to what I wanted and all of which were well above the budget and then asked:
“OK, which are you buying?”.
The response was mostly unprintable but involved quite a bit of swearing and mentioning that I couldn’t afford them.
“Don’t worry”, said the agent, “I can get you the mortgage!”
“But I can’t pay it!” was the response and I walked out.

Six months later Valencia Property was born when a friend, having seen the chaos that had unfolded before, asked me to help find him a house. For two years I had been helping people find rentals, locating, visiting, translating and sorting out the contracts so buying couldn’t be that difficult!

Could you explain to readers more about Cabanyal?

The Cabanyal is Valencia’s old ignored fishing area now revamped as one of the most popular places in Europe for bohemian types to visit and live in… with the Old Style Fishermen’s houses being revamped and sold for prices now getting back to those of 2007 before the financial crisis. Needless to say, the Cabanyal is looking a lot better now that the investment from city and regional governments allied to the European reconstruction funds are beginning to show.

New drainage, parks, pedestrianisation and revamping of buildings through redevelopment and individuals who have bought to renovate mean that the Cabanyal is getting rid of its grimy past… when it was ignored by the disgraceful PP city council so they had an excuse to knock it down and extend Blasco Ibañez down to the sea with plenty of wonderful bungs lining their pockets. Every week we are seeing new cafes and restaurants opening (some of the restaurants are getting an excellent reputation really fast) along with independent shops, no chain stores around here, more redevelopment sounds buzzing through your head as you walk around… and an increase in the footfall in all areas, as people realize the value of living near the sea and having an excellent promenade to exercise on.

The Cabanyal continues to be the most popular area for international clients in Valencia’s beach area. We have made more sales in the Cabanyal than in the Malvarrosa, Alboraya, Nazaret, El Grau and Beteró combined over the last few years.

One of the many attractions of the Cabanyal is the fact that the beach is excellent and easily accessible. Another plus is that it is easy by metro, train, bus or bike to get to other parts of the city from there.

With a young and growing population, the future looks bright for the area as new businesses move in. We are even seeing the first coworking spaces, shared housing projects for remote workers and new developments on the edges of the area to complement what is already there. Regarding property in the area, you can still find properties to redevelop for under 150k but places that have been developed are selling for 200k and up now.

The downsides of the Cabanyal are few and far between but bear in mind that the area where Blasco Ibañez was going to be extended is still rough and ready, in some parts. A lot of the restaurants by the beach are tourist fodder alone and there is still plenty of space for further improvement, in terms of parks and green spaces. However, the Cabanyal has a powerful blend of attractions for most people looking to live near the beach in Valencia.