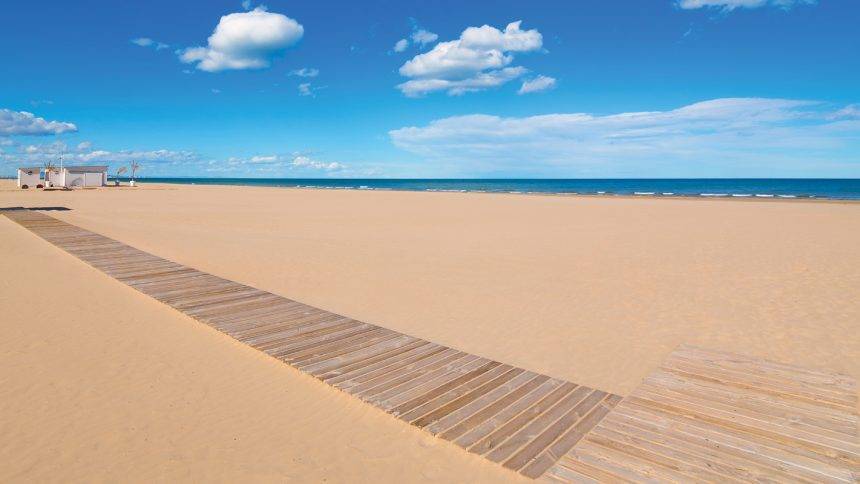 ‘Up the road’ for a Brit does not have the same connotation as for a Spaniard. For the latter, a four hour drive up the autopista to Barcelona is not that far off. For a Londoner, however, somewhere that takes more than an hour to get to (Liverpool takes four) is anything but a neighbour.  Given that England on its side is the size of Andalusia, Spain has a sense of space and time quite unlike the Guiri brigade north of Calais.

Like its Catalan neighbour, Valencia is a port-town but a visitor to the city would be forgiven for thinking the sea is nowhere to be seen. First impressions last and the powers-that-be are getting wise to it.

‘Down the road’ Alicante thrives with tourism, having the fortune to have the old centre next to the beach. Historically, due to the agricultural richness of the community(the most fertile land in Europe) Valencia developed as a city facing the land and away from the sea. Hence the Mediterranean sensuality of the city- a sense of ‘el mar’ rather than a constant reminder.

Mis-management, poor funding and lack of vision are all reasons given for why Avenida Blasco Ibañez wasn’t completed to run straight from the town to the beach. As comical as it may sound, the most plausible story is that the Avenue stopped short of the beach by a few hundred metres because they ran out of money.

Of course, the present day bunch, with massive funding from local and central govt, can’t wait to finish off the job. One small problem for the politicians… The Cabañal community. A proud and traditional district – one of the few that speaks Valenciano within the perimeter of the city, ‘Salvem Cabanyal’ has become a symbol of the fight for dignity of an age old community against the pragmatism of a local government headed by a Murican who used to rule Benidorm. Completing Blasco Ibañez would involve the destruction of many houses and dwellings that have housed generations of families. One of the ever-changing offers has been free housing for those who would lose out. This was rejected on 2 counts- firstly, the housing was not in Cabañal and secondly, because it would involve swapping their three floor apartments for soulless tower blocks. The more jaundiced observer points to the growing number of crooks, junkies and dealers who haunt the area. Rather than reflecting a united community, their presence has a lot more to do with ‘dog eat dog’. A Cabañal representative whose family have lived in the area for over a century confided that the criminal element give the politicians even more excuse to steam-roller ahead with their plans. If and when the Avenue is completed, the connection between town and beach will be much stronger, both symbolically and practically speaking. Restaurants, bars, shops, night-life and house prices in the area are improving with the expectation of change. But for the majority of locals, these are difficult, worrying times.

For a city that is now on the map for rising tourism, Malvarrosa has yet to shrug off it’s rather grimy past reputation as a beach that doesn’t cut it compared to Javea, Denia or Gandia. When you look at the uplifting statistics regarding the Valencian community (The most approved beaches in Europe) it underlines the extent Malvarossa has made an effort to clean up its act. It is accepted that out-of-town El Saler is cleaner and better but being the city beach, Malvarrosa has improved to such an extent it is now one of the ‘banda azul’ approved beaches of Valencia along with Pinedo, El Saler, La Devesa, El Recuti, Real Club Nautico de Valencia and recent addition…wait for it – El Cabanyal!

Some of the dilapidated fachadas of the hostals were an embarrassment to the city and could only have given the impression to a back-packer that the owners couldn’t care less- despite the fact that service inside may have been good. There is something topsy-turvy about the area- massive potential with a somewhat shoddy reality. A born-and-bred Valencian once confessed that Valencia always had it all – beach, food, nightlife, good weather but preferred to enjoy the day while the Catalan always exploited to the maximum what they had. Check out the Catalan’s renowned commercial port and then look at Valencia’s. Still, they say there are plans to convert it into something similar…

Malvarrosa does have some excellent restaurants, volleyball, acres of beach, and wonderful weather. The night-life situation is variable from year to year due to local politics (licenses). In 5 years, it has been predicted it will really be something special. Sunbathers and swimmers swarm to the beach as early as spring. The vibe is good just don’t expect anything amazing. On paper, Valencia has got a lot to be proud of. When it sorts out the city beach it could well become the tourist city some would like it to be. Whether that is a good or a bad thing is another story… 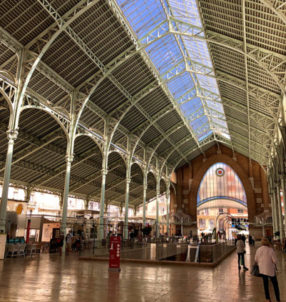