You are here: Home  /  Editorial  /  ABOUT BREXIT
Editorial 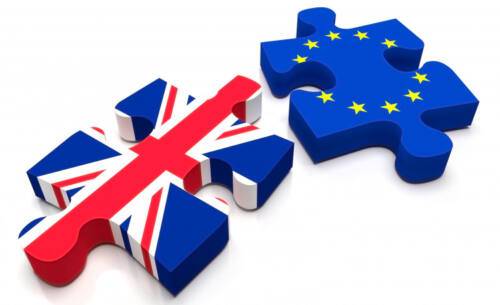 ##It’s curious that the biggest patriots are often their countries’ biggest embarrassment and that they tend to divide their countries more than unite them.

Even more curious and ironic is how the patriotic Brexit campaign used the “Independence Day” rallying call to such great effect and applause, since it echoes one of the darkest days in British history, marking the breakup of another union with dire, lasting results for British economic and political power on the world stage. Of course, as most independent movements have found throughout history, the fight for independence never actually ends; it just gets smaller and more extreme (decades later the Confederate states sought their own independence in another bloodier war).

Yet more curious is how independence-seekers the world over only seem to want themselves to be independent from those around them, not vice-versa. The cries from Brits wanting to “escape” from the geographical reality of Europe were not used by the same people during the Scottish independence referendum: “We don’t want to be ruled from Brussels (but we want Scotland to be ruled from London).” The Confederates yearning to break free from the yoke of the Union certainly didn’t want the same independence for their slaves. Whether it’s neighbours playing loud music all night in your block or corporate oligopolies lobbying for “free” trade agreements to axe a country’s environmental aid by claiming unfair competition, those who seek freedom and independence only seem to want to apply such concepts to their own freedom and independence regardless of the damage it does to everyone else on their block, country, continent or planet. Independence is rarely for the “others” they happen to share this world with (and on whom they do actually depend for so many things).

I don’t remember who it was that said “Patriotism teaches us to believe a false history and to hate people we’ve never met”, but this has certainly become apparent in the aftermath of the Brexit campaign. I also remember a Buddhist monk who once said, “If I say I’m the best, everyone will call me an idiot; but if I say we’re the best, they’ll vote for me.” This has been seen again with so many quotes from Churchill (from people who act more like Neville Chamberlain, pretending that events “on the continent” won’t affect Britain). Some Brits pin imaginary medals on themselves, saying “we won the war”, referring to a war that happened generations before they were born (not to mention the fact that it was won by the Red Army and the US Navy with a couple of atom bombs, a portent of times to come, but that’s another story…), or even “we were last invaded in 1066”, referring to a time and place that has nothing to do with them, the society they live in, nor very probably their own genes. But this false first person plural is used in all countries, and not just referring to a mythical, irrelevant past. It can even be seen in international football tournaments with millions following “our” team as they watched eleven tax-dodging young millionaires who mostly work in foreign countries play another eleven lads with a different coloured shirt. And if “our” team wins, this is somehow “our” victory as we sit thousands of miles away on the armchair with a beer.

And perhaps the greatest irony is how people say they want to be “independent” along with millions of other people. This reminds me of that scene from The Life of Brian where an entire crowd shouts “We’re all individual!” But this desire to at least appear individual drives the masses to vote for mavericks, to join groups and post opinions on the internet about everything from medicine to philosophy and above all to put down the true experts as uncool nerds (as Gove and Trump have successfully done). With such ease to publish opinions to the world today, people now seem more concerned about having the right to an opinion than about having the right opinion. Indeed, we have a democratic right to be wrong, to say 2+2=3, but seriously, why bother? I wonder if historians in future centuries after the Second Dark Ages and environmental meltdown will look on this mass adulation of ignorance and point to the likes of those working-class heroes Donald, Boris and their voters as we now point to the likes of Nero and panem et circenses? Indeed, ignoring the facts to follow our basic, sometimes hateful, instincts is nothing new. It took the world centuries to fully accept that we live on a spherical planet orbiting the sun, despite all the evidence from the experts against spiritual leaders’ humbug as they continued to burn heretics.

But this human failing is particularly worrying if one considers that democracy is a system whereby everybody gets the right to decide upon things they mostly know little about, giving their opinion about important, complex policies that will affect their future (notice that I say “opinion”, not “knowledge”). The kind of atmosphere we’ve just seen created in the UK (political assassination included) has throughout history led to savage dictatorships of the kind the British seem to think they are immune, possibly due to being so often on the winning side of wars and thus writing history themselves.

Yet another great irony is seen when the patriots say they are so different from other countries. In the various lands and countries where I’ve lived, I’ve seen patriotism under different flags and believe me: IT’S ALWAYS THE SAME. I’ve seen independence and patriotic movements in different lands and it is rarely about Love Thy Neighbour but often rather more about selfish instincts of “Us and Them” and superiority complexes. It’s about being independent from others instead of trying to understand, respect or even help them. The Good Samaritan (foreigner) today would rather not get involved unless the guy bleeding on the ground has the right papers and medical insurance. Of course, those who have never lived in a different culture find it almost impossible to put themselves in the immigrant’s shoes (and by immigrant I don’t mean British expats in Spain who don’t speak the lingo and complained during the Brexit campaign about “too many immigrants”…).

At the end of the day, if you truly want to be independent, stop saying “we” when you talk about millions of other people who happen to live in your geographic zone of birth; start thinking about “I” and if you’re the kind of person you wish to be. Take a look in the mirror: do you see an independent person or a patriotic sheep?

I’ve done that and have decided to get a new passport and nationality (from British to Spanish), though to me these are simply bits of paper that I will now need for practical reasons thanks to the decision taken by those on the island where I was born. People sometimes ask me if I feel more British or Spanish. Well, to me a nationality is not a feeling but an abstract concept, too often used to pit people against each other. Real feelings are things like hunger, cold, fear, sadness and apprehension that people sense when they have to flee a war zone and go to another country, for example.

I myself am independent and 23rd June 2016 was indeed my Independence Day—from the UK.